Many Houstonians have walked the trails of Buffalo Bayou Park, weaving under the city’s bridges. They’ve taken their fur babies to frolic in its massive dog park, and posed for countless family photos on the manicured lawns. But few have seen the park from the vantage point of the new 35-story skyscraper overlooking its southern edge.

Peering at the park from hundreds of feet above, the oak and sycamore trees look like tiny green dots and the expansive bayou looks like a slender strip of cappuccino-colored waters spilling toward the downtown skyline to the east. On a crisp, clear day the towers of the Texas Medical Center are visible to the south and to the west, the Galleria towers pierce the blue skies.

DC Partners, the developers behind the skyscraper under construction, are hoping its 360-degree views overlooking one of the city’s most popular parks will help them sell out the remaining condominium and retail spaces left in The Allen.

Although the high-rise won’t be complete until next year, the first phase of the 6-acre mixed-use project is already transforming the area around it. While not the tallest tower in Houston, the high-rise dwarfs cyclists and joggers below. Passersby on Allen Parkway can already see the adjacent mid-rise retail pavilion, featuring a unique curved exterior resembling a futuristic silver mushroom.

DC Partners has developed swanky high-rise condos throughout the city, but The Allen marks the biggest undertaking yet for the Houston real estate development firm.

On HoustonChronicle.com: 47-story Texas Tower opens, offering sweeping views of Houston — and the office of the future

“When you start out something like this, you have a dream and you don’t know if you’re going to be able to get financing (and pull it together),” said Roberto Contreras, CEO of DC Partners, at an event Thursday commemorating a construction milestone. Contractors with G.T. Leach recently topped out the project’s skyscraper, signaling that the structure reached its highest.

Despite supply chain constraints and the headwinds of the pandemic, construction on the first $290 million phase of the mixed-use project is progressing. With an anticipated 2023 opening, the HOK Architecture-designed tower includes 99 condominiums and a 170-key Thompson Hotel. Next to the skyscraper, a 62,000-square-foot lifestyle pavilion is expected to open next quarter. The pavilion features a rooftop bar and fitness center, with 11,800 square feet of retail remaining to lease.

To make the retail building stand out, the exterior is wrapped in carbon-fiber skin typically used for making sailboats, said Contreras, the CEO of DC Partners, in an interview. That material proved to be difficult to obtain when an overseas factory temporarily paused production due to the coronavirus, but eventually the product made its way to Houston in time.

“It was scary, but we dodged a bullet,” Contreras said. Throughout the pandemic, developers replaced overseas materials with American-made products to try to avert shipping delays — such as porcelain coming from Tennessee instead of Italy, he added.

Inflation and rising building material costs have added about $12 million to the first phase of the project, but that was partially offset by a strong real estate market lifting condominium sales, Contreras said.

So far the project has sold about 55 percent of its 99 condominium residences. Sam Katz, sales director at Argent Realty Advisors, which is marketing the properties, said remaining units run from the high $800,000 price range to $8 million. A 12,000-square-foot penthouse was sold for between $10 million to $11 million, according to DC Partners.

On HoustonChronicle.com: Fewer Houstonians want to go to stores, so new developments are using green space to draw shoppers

After temporarily slowing at the start of the pandemic, Katz said sales regained momentum about a year ago as the condominium market rode the tailwinds of a strong single-family home market. Buyers moving from single-family homes can afford more because the value of their houses have shot up quickly. Virtual tours extend the project’s marketing beyond Houston.

“We invested really heavily in the virtual platform that just so happens to work equally as well to beam into somebody’s home office in Tanglewood as it does to talk with somebody in Dubai,” Katz said. “Now in 2022, we have a great pipeline for the project.”

Don’t Take Down Your Christmas Lights

Mon Jan 17 , 2022
Right now, there is a hole in my living room. It was not there last week. We’ve tried to cover it up, but nothing seems to work. Rearranging the furniture somehow only makes the hole grow. The space, which once radiated a hopeful glow, now feels hollow. When I stare […] 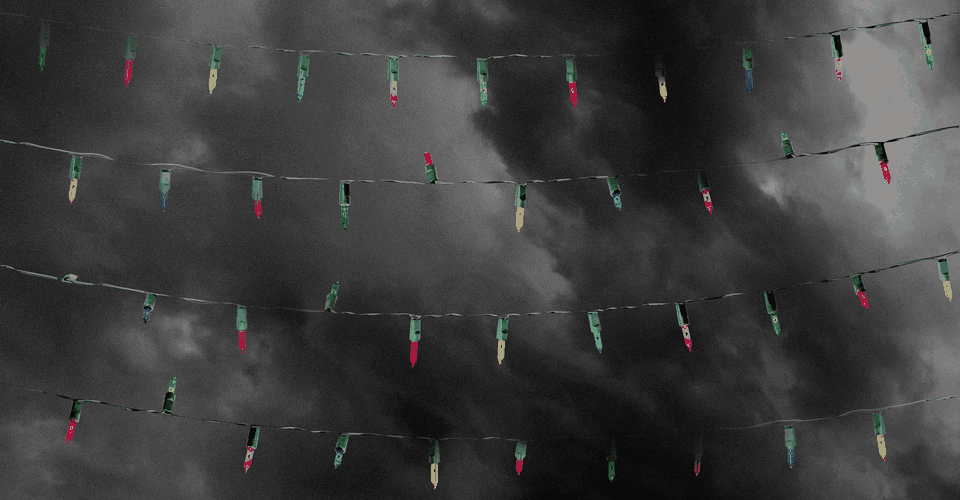