A modern waterfront home outside Seattle that goes against conventional architecture hit the market Friday for $20 million, Mansion Global has learned.

Located in the tech hot spot of Medina, Washington, the four-bedroom, seven-bathroom home sits on 125-foot of frontage on Lake Washington, according to the listing with Michele Schuler and Neda Perrina of Realogics Sotheby’s International Realty. The 1995 home was designed by prominent local architect Wendell Lovett, who closely collaborated with the original owners on the design.

“None of the walls are at a 90-degree angle, everything’s canted,” Ms. Schuler said. “It has an extremely interesting architectural look to it; it’s very cutting-edge.”

Windows and doors also have an unconventional shape, and many feature slanted frames that showcase the water views, listing photos show. There’s no shortage of windows, either, and there are vistas of the lake from almost every room.

“It’s really like a sculpture,” Ms. Schuler continued. “I would characterize this as being a piece of art that happens to sit on the lake. [It’s also] one of the most recognizable homes because of its uniqueness.”

The home is located on the “Gold Coast” of Medina, which has the most valuable property in the city, Ms. Schuler said. The likes of Jeff Bezos and Bill Gates also live in the area.

There are two distinct sections of the home, the agent added.

“There’s the main house, which sits very proud on the lot and has huge walls of windows, and then the guest wing—or what they use as the kids wing because they have four children—is accessed via a bridge that joins them together,” she said.

Lovett, who died in 2016, was a native of Seattle, and was able to use the light and shadow particular to the region to maximum advantage.

“In the Pacific Northwest, it’s so critical to focus on natural light and he did that magically,” Ms. Schuler said.

Other amenities of the home include a dock, a waterside terrace with a firepit, a gallery office space overlooking the main living area, wine storage and a home theater, plus manicured grounds and several terraces and balconies.

The residence has been updated with more modern technologies by its owners, who bought it from the couple who had it built in 2014 for $7.7 million, according to property records. Architect Kyle Gaffney helmed the changes.

“It’s just such a nice respite,” he said in a video about the property. “Coming through the gate is essentially like coming into your own park.”

The current owners did not reply to a request for comment.

Leading the Bohemian Life in a Gramercy Studio

Sun Apr 10 , 2022
“Real estate,” Claudia Steinberg said, “in a way, it determines your life.” Ms. Steinberg began navigating this reality in 1980 as a 24-year-old immigrant from Germany. It was her first time in New York; most of her life had been spent in Essen, an industrial city near the Dutch border. […] 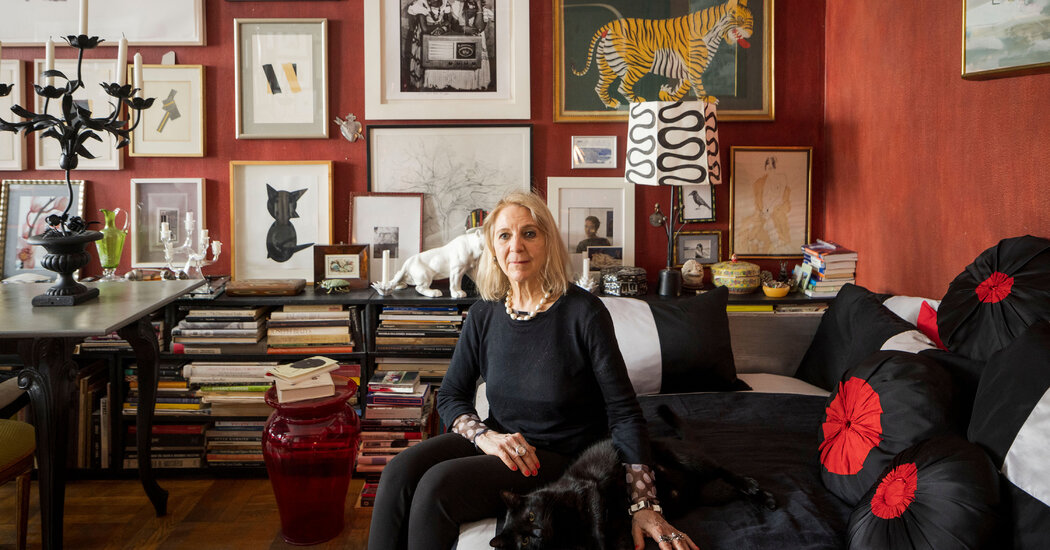