[An initial point of disambiguation: I’ll refer to the Bryan Center as “the BC” throughout this column, which should not be confused with the Brodhead Center, another BC. The latter is more commonly called WU for West Union  by students. No one really calls WU “the BC,” but not everyone who reads this may be familiar with Duke’s niche jargon].

Buildings are always political. They are inherently value-laden and, especially at an institution like Duke, they are physical embodiments of often contested collective decisions. The cost of construction alone (insofar as money, incompletely,  represents  value) infuses buildings with material statements made by people in power about what exactly they determine to be valuable. A Chapel at the pinnacle of the campus spoke to a very specific value held by James B. Duke in the 1920’s, as well as the decision to flank the right wing of the campus with a hospital.

Every building on Duke’s campus is an expression of the university’s values and choices, and for the past forty years, the Bryan Center has embodied a set of choices that have eventuated an overall disintegration of collective student activity. While there is no secret story of malicious designers and administrators colluding to build a building that would prevent student riots like some have hypothesized, the BC’s structural design is nevertheless deeply disruptive, disorienting, and antihumanistic because of the values of the high modern design genre of which it is an expression. The boastful elitism that sought to push humans to ‘evolve’ by interaction with the building was not only not discouraged, but strategically embraced by a university on the rise in the global arena of higher education. The frustrating, antagonistic experience of navigating the BC and the unhelpful subversion of basic orienting features for its interlocutors* makes the building an experience in the values of a hostile, antihuman aesthetic.

If you happen to love the Bryan Center, then I can only applaud you for what amounts to building a house on the side of a steep mountain and making the best of poor circumstances. My aim here isn’t to make everyone hate the BC, just to expose some of the implicit ways its structural arrangement fails to foster the kind of integrated, collaborative, equitable environment that Duke’s current values align with. Your emotional reactions, attachments, or rejections of the building are your own to cherish or abhor, but in either case my aim is to provoke a closer, more critically engaged look at the built spaces that make up Duke.

To do that, some meaningful historical context for architectural and social trends of the time is foundational. Consistent with Duke’s broad weakness in institutional storytelling, there is very little in the way of an established narrative to tell about the BC, so I have done my best to recover one from the historical record.

From the time of the campus’s original construction in the 1930’s, West Union (as the name “union” implies) housed all the student activity spaces and even the Duke Store and Barber Shop. The only performance space was Page Auditorium. As the student body expanded and graduate schools added, there arose a pressing need for a larger student center and more space for student performances and productions. Upon the Bryan Center’s completion in 1982, it boasted a significant increase in the square footage available to students for group activities, and eventually three large performance spaces with production studios underneath to meet those needs. $4.2 million of the total $16 million it cost to construct the BC was donated by Joseph and Kathleen Bryan, the Greensboro couple wealthy from their insurance business who had already funded a glaucoma research lab and clinic at Duke and who went on to fund the Neurobiology research building thirty years after the BC. The size of their gift to this particular project and overall generosity to the university warranted the building’s name. The need for a new student space was justified, and with alumni donations filling out the rest of the total cost, the Bryan Center came to be. The need and funding for the building was a few search engine clicks of effort, but discovering its design origins took more time. The first major figure in that part of the story is the longtime University Architect, James A. Ward.

Having overseen the construction of every building project from the Allen Building in 1954 to Edens quad in the 1960’s, Ward was particularly awed by the potential for a new student center when development for its plans began in the early 1970’s. When interviewed by NC Architect Magazine in 1980, among all the construction projects underway, he spoke most rapturously about the BC. Already 65 years old and approaching his retirement, at the end of his interview he “turned and gazed slightly south of his beloved Chapel and, in a voice laced with intrigue and excitement, added, “And I’ve got to see that Center completed. Fantastic building…just fantastic.”” Ward maintained a special reverence for the original paradigm of the campus and concerted his efforts to make any new campus additions feel continuous with the Abele Quad buildings. This effort of his was in contrast to a prior era of building that eventuated in the “red brick row” of Engineering, Physics, and Biological Sciences buildings that flank the road behind the Chapel. (These were built in the 1940’s before Ward’s time at Duke in a Georgian revival style that breaks sharply with the main quad’s Gothic). Under Ward’s direction, the Bryan Center’s exterior was composed of five-inch composite panels of Duke stone turned on its side which was much less expensive than the original foot-thick stone pattern but maintained a fundamental material unity with the original structures. These panels had already been used in the construction of Edens and Gross Hall, both late 1960’s structures.

While no campus building plan was implemented without his amendments and final approval, Ward did not design the Bryan Center. Besides his recommendation for the stone panels, his most major influence was in choosing the actual designers. The nearby firm of Hayes-Howell and Associates was contracted for the designs with the help of the Caudill, Rowlett and Scott firm from Texas, the latter of which had developed the most recent master plan for the university from 1963-66 which was only partially implemented but had significant influence on the aesthetic of Edens dorms and Gross Hall. Hayes-Howell specialized in residential spaces in nearby Raleigh and South Pines, only building a few commercial and university spaces. Caudill, Rowlett and Scott, on the other hand, were well known throughout the US for their innovations in school building designs (they built the first air conditioned elementary school in the United States). What united both firms in their vision for the BC was their experience in the practice of exclusively modernist design projects.

I know I just hit you with a lot of details, but if there is only one thing you need to take away from them, it is that all the sources of aesthetic input to the Bryan Center built it from the values of the high modernist architectural style, and that is why the BC is unlivable. But what is it about high modernism’s values that make it so bad? The answer could be an entire dissertation, but it is essentially that the modernist architectural style emerged from the steeply inhuman ideals of the industrial revolution and machine age of the early twentieth century that evaluated buildings themselves as machines in the most difficult and inorganic way imaginable. The main innovators and arbiters of the style, Ludwig van der Rohe and Le Corbusier, valued austerity and an anti-human insistence on making difficult structures that pushed people into being more suited to the needs of an industrial economy. Elitist and hypermasculine in its values, the social critic Bram Dijkstra describes the style so: “Much of the post-WWII high modernism in America and the rest of the western world is antihumanist, hostile to notions of community, of any form of humanism. It becomes about the lack of meaning, the need to create our own significance out of nothing. The highest level of significance, that of the elite, becomes abstraction. So the concept of the evolutionary elite arises again, deliberately excluding those who ‘haven’t evolved.’” From International Style in Western Europe and the US to the famed examples of Brutalism in the Soviet Union, high modernism encoded values that are no less than antithetical to the contemporary values of equity, parity, organic social unity, and human navigability.

Duke as an institution was no stranger to elitism and hypermasculinity (the Bryan Center was finished no less than a decade after the university’s two campuses were gender integrated), so it is no wonder that Ward thought that a building which would embody those things would be ‘fantastic’. The BC’s construction paralleled Duke’s ascent into the international forum of great universities with its International style, along with all the concomitant values. Today’s Duke no longer holds those values in common with its past self, but the massive, sprawling building that embodies them still remains our largest and most centrally located student center.

So, with this context in mind, how are the values of high modernism embodied in the BC’s structural arrangement? With no knowledge of architectural history or the firms that built the building, there are several features that anyone who experiences the building can immediately appreciate as disruptive. For clarity, here are some in a numbered list:

Get The Chronicle straight to your inbox

Signup for our editorially curated, weekly newsletter. Cancel at any time.

There may be many more of these features that I haven’t named, but it takes only a moment of experiencing the BC to comprehend its failures to embody any of the values of today’s Duke University. When considered alongside its historical context and its alignment with the values of the high modernist aesthetic, the Bryan Center is one of the least usable and navigable buildings on Duke’s campus and yet has the greatest requirements of those two characteristics. While I seriously doubt any attempt to deconstruct or reconstruct the building will ever be successfully made (one can only hope), some form of meaningful engagement with how inoperable it is must be had if Duke wants to see its current values operationalized in its student center. And even if that engagement never occurs, if by reaching the end of this column you the reader have come to understand the BC and how you interact with it more critically, I will at least consider all the efforts I put into explaining it worthwhile.

*I choose the term interlocutors (n. a person who takes part in a typically spoken conversation)to refer to the people who interact with a building. This situates buildings as an open dialogue between structure and people, which I believe they are. It is less consumer-focused than the more common term in design writing, ‘end-users’, from which I’m making an intentional departure.

Nicholas Chrapliwy is a Trinity senior. His column ‘duke by design’  runs on alternate Tuesdays. 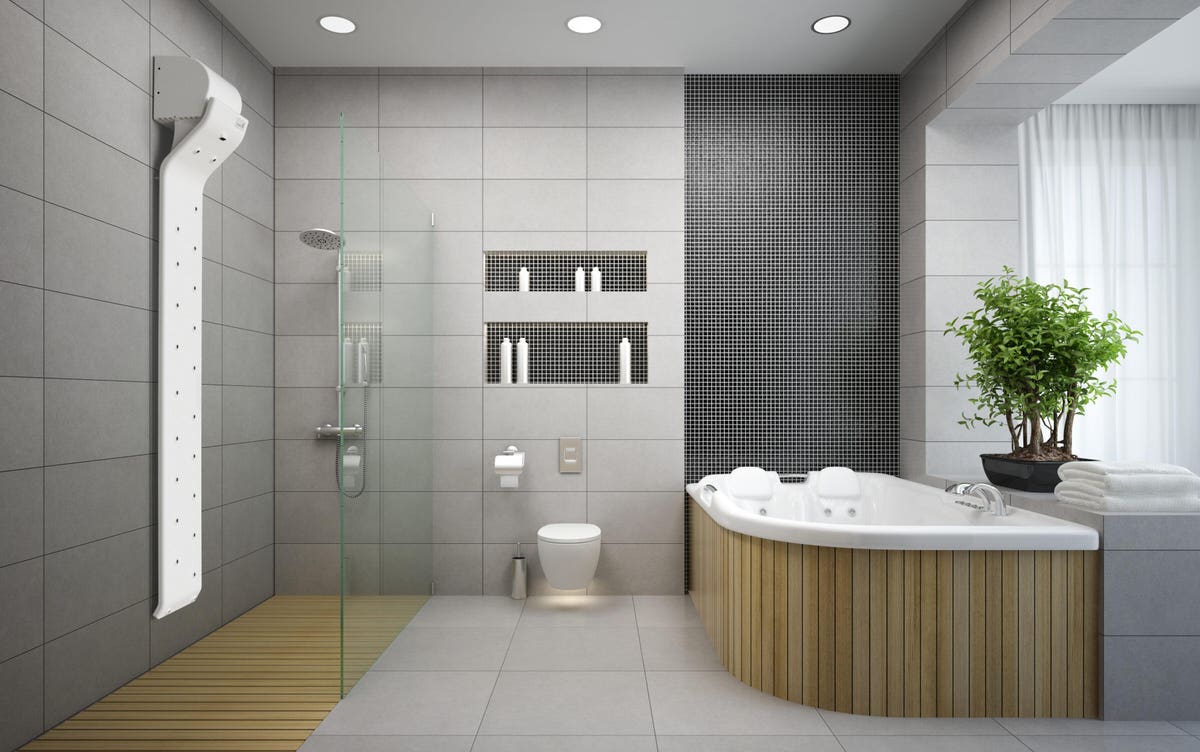