Comedian Natasha Leggero was initially reluctant to take on her latest gig hosting the TBS series “Rat in the Kitchen.”

“At first I was like, wait, what? I shouldn’t be part of a cooking show, I’m famously a horrible chef,” Leggero, 48, told The Post. “I’ve got to make my daughter lunch every morning, and that’s a feat I wouldn’t wish on anyone. I’ve been trying to make kale chips for like, five years now, and they always come out simultaneously wet and burnt.

“Rat in the Kitchen,” airing Thursdays at 9 p.m., is a reality series that’s part cooking competition and part “whodunit” mystery. Each episode features a different group of chefs (both home trained amateurs and those with culinary-school experience) who cook several dishes with the goal to win a cash prize up to $50,000 and split it among the group.

The catch: one person in their ranks is a “rat” who is secretly aiming to sabotage their dishes. They must guess who it is, and thwart the rat’s efforts … otherwise, the rat might take home the prize money instead of the team.

“When I found out [celebrity chef judge Ludo Lefebvre] was involved, he’s such an amazing chef, and I got to meet him,” said Leggero. “He’s so talented and passionate about food. It was a really fun combination, because he can remain serious about food, and his standards are so high. And I can just be there making jokes about it all. It was also fun to roast the food — no one gets mad at things you say to food.”

Leggero, best known for the Comedy Central series “Another Period,”  (2015-2018, said that she and Lefebvre (ABC’s “The Taste”), were just as in the dark as everybody else.

“Neither of us knew [who the rat was] and that was part of the fun,” she said. “It’s almost like ‘Clue’ or ‘Knives Out.’ We get to figure out each episode who the rat is along with the audience. That was the crazy thing — we were floored.

“I’m so glad that we didn’t know,” she said. “It was so fun for Ludo and I to convene after everyone had presented their dishes and just really try to figure out who the [saboteur] was. Honestly, we were not right very often, so the rats really did an amazing job. You have these preconceived notions in your head. And you’re like, well this person would definitely be the rat! And sometimes these people would be so proud of these dishes that were actually disgusting, just because their recipes were bad! So, there was that, too.”

She said that the most unappetizing dishes she had to eat on the show were raw chicken and raw shrimp, after rats had successfully sabotaged the cooking process before the food was presented to Leggero and Lefebvre.

“I was usually rooting for the team, because more people would get the money. It’s either five people get to split the money or one person gets all of it,” she said. “But, if I was on the show, I’d want to be the rat, because it seems like it would be so fun to figure out how to trick everybody.”

Fire Island Society Aims to Preserve the History of the Pines

Sun May 1 , 2022
Erosion is a theme of the Pines, with its wind-tortured dunes and combustible wood buildings. But Bobby Bonanno, 65, who works as a hairdresser in Bellport, N.Y., and has visited the Pines for more than four decades, was concerned about the erosion of memory. To protect the heritage of the […] 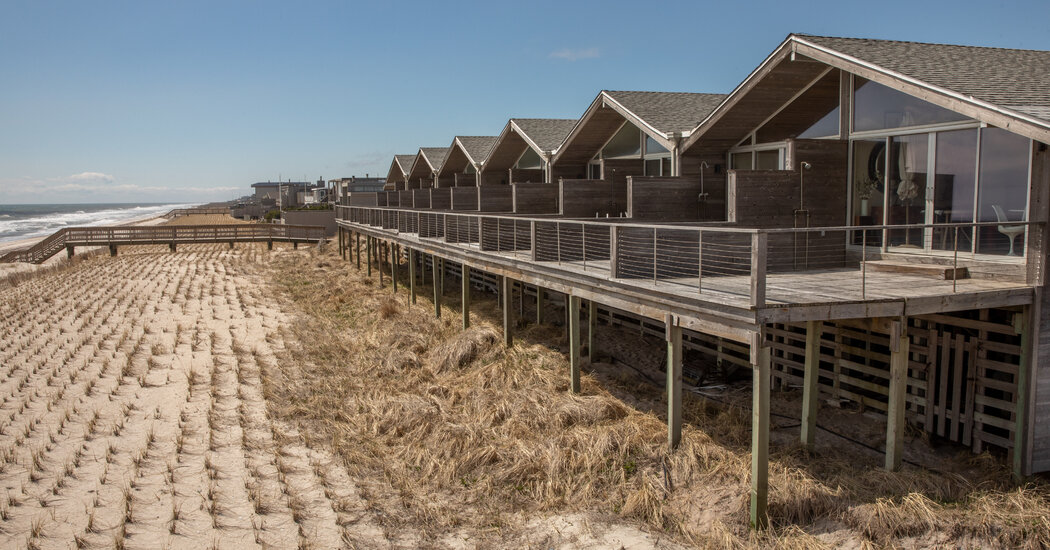