Erosion is a theme of the Pines, with its wind-tortured dunes and combustible wood buildings. But Bobby Bonanno, 65, who works as a hairdresser in Bellport, N.Y., and has visited the Pines for more than four decades, was concerned about the erosion of memory. To protect the heritage of the Pines, the affluent, largely L.G.B.T.Q. hamlet near the center of Fire Island, he decided to create the Fire Island Pines Historical Preservation Society.

“It’s become my passion project,” he said of the historical society he founded in 2010, because “a lot of these young people who come here to party” — most taking the ferry from Sayville on the South Shore of Long Island — “they have no idea that gay men in the ’40s or ’50s were handcuffed to poles here when cops came over for night raids.” The police would take the men back to Sayville and jail them, Mr. Bonanno said. “And if your name was published in the paper, you were ruined.”

He does not want to depress young people and tries to make even grim history “palatable” by collecting photographs and documents and conducting interviews, which he posts on the website that is the historical society’s principal venue. He tells the story of how in the first half of the 20th century, the Pines had a Coast Guard lifesaving station and was known as Lone Hill. Those who crossed over from the mainland were not infrequently nudists.

The first iteration of the Pines was a family-oriented community planned in 1952 by the Home Guardian Company on land it had owned since the 1920s and divided into 122 relatively big lots (at least compared to the property on other parts of Fire Island). The gestalt shifted when a succession of gay business owners took over the tiny commercial area near the deepwater harbor, creating lodgings and a famed, boozy dance club called the Pavilion. They also brought over artists, writers, entertainers and fashion industry folk with them.

The Pines evolved into a gay Shangri-La that granted exuberant freedom to men and women taking a vacation from their closeted lives. When the AIDS epidemic emerged in the 1980s, it failed to destroy that spirit. Instead it spurred organizations like Gay Men’s Health Crisis to action, funded by money raised at parties held at all hours of the night and day.

On a sunny day in April, he led a reporter, her husband and a photographer on his “Walk Through History” along undulating boardwalks lined with bamboo hedges and scrubby evergreens, pausing at 43 sites to dish.

The tour began at the eastern end of the Pines, near the intersection of Ocean Walk, which parallels the shoreline, and Sail Walk, one of the paths heading south to the Atlantic. Down the beach was where Talisman, a 12-acre resort founded by the Broadway producer Michael Butler and Atlantic Records founder Ahmet Ertegun, swung in the early ’60s until the National Seashore, empowered by the Wilderness Act of 1964, seized it through eminent domain and largely returned it to nature. You can still see remnants of the Japanese-inspired buildings, Mr. Bonanno said.

At 443 Sail Walk (stop No. 5), he introduced the Pyramid House, an angular edifice with a trio of pointy-roofed guesthouses. The building was designed by an Argentine architect named Julio Kaufman (who would go on to lose an arm in a seaplane accident) for John Goodwin, a nephew of J.P. Morgan. In 2001, the writer Paul Rudnick bought it and commissioned a full-throttle reconstruction from the architect Hal Hayes.

The vintage photos in Mr. Bonanno’s handout show a glass curtain wall facing the ocean that is no longer visible from the repositioned entrance, but Mr. Bonanno has seen the beautiful view with his own eyes. “I’ve been in the house, he said. “It gets hot.”

As Pyramid House made clear, there was no shortage of visionary architects building in the Pines, and no compunction about messing with anyone else’s work. The typical 1950s Pines house, Mr. Bonanno said, was a modest, one-story beach house, and in the absence of regulations, many have been torn down and replaced with bigger, gaudier structures.

Some properties got off lightly. Still recognizable is the Kodak House at 482 Tarpon Walk (stop No. 10), designed in the mid-1960s by Mr. Gifford for his own use. The subject of a 2013 book by Christopher Rawlins called “Fire Island Modernist: Horace Gifford and the Architecture of Seduction,” Mr. Gifford added theatricality to the mission of modern architecture, making inside and outside flow together. According to Mr. Rawlins, the house takes its name from its resemblance to the Kodak Instamatic cameras of the 1970s.

If Pines houses were not born with names, they often acquired them over time, and sometimes received more than one. The house with a very wide gable at 413 Ocean Walk (stop No. 14) was originally clad in yellow siding and called Mustard House. Then it became known as Cape Cod House and also Pizza Hut. In 1989 and 1990, it was the site of “Morning Parties” (continuations, really, of the previous night’s revels) that benefited Gay Men’s Health Crisis. When drugs appeared on the scene and the swimming pool collapsed, G.M.H.C. cut its ties and the party moved to other venues, Mr. Bonanno recounted.

At 410 Ocean Walk (stop No. 16), a two-bedroom, weathered cedar house with a wraparound balcony, the main distinction was that it was rented by the actors Montgomery Clift and Diahann Carroll, at different times. Both celebrities were supportive of the community, Mr. Bonanno said; Ms. Carroll took a particular interest in planting the dunes with beach grass.

The Pines attracted not just Hollywood A-listers but also their former spouses, and Mr. Bonanno made sure the exes received their due. Joan McCracken, the dancer and actress who was the second wife of the film director Bob Fosse and a model for Holly Golightly in Truman Capote’s novella “Breakfast at Tiffany’s,” lived at 458 Ocean Walk (stop No. 7). Mr. Capote wrote the book in the vicinity, and Ms. McCracken’s first husband, the dancer and writer Jack Dunphy, was his longtime romantic partner.

And 403 Ocean Walk (stop No. 21), belonged to Susan Blanchard, the third wife of Henry Fonda (he had five, and she was also married for a time to the actor Richard Widmark). Tracking down photos of occupants of a sheltered community before the age of smartphones is devilishly hard, Mr. Bonanno said. But the historical society does have a letter that the Whirlpool Foundation sent to Mrs. Fonda when she bought a household appliance.

Apart from the hamlet’s many share houses, one of which, at 150 Ocean Walk, was used for “Fire Island,” a reality television series that aired in 2017 and still makes Mr. Bonanno wince when he recalls it (stop No. 34), the Pines has one multifamily residential complex. It is a midcentury modern development called the Coops with 100 seasonal units laid out on two acres along Fire Island Boulevard (stop No. 29). Planned as a hotel, the Coops brought electricity to the community, where there had been none before 1960.

At 142 Ocean Walk (stop No. 39), something looked amiss with the silhouette of the famous trapezoidal building known as the TV House until Mr. Bonanno pointed out that the exterior walls flanking the ocean-facing glass facade (the TV’s “screen”) had been removed mid-renovation, leaving a lonely roof overhang. “Somebody decided to give the house bangs,” he said. (The original design will be restored.)

The penultimate house was 566-67 Driftwood Walk (stop No. 42), a curvaceous affair built in 1972 by a family called Sloan, sold to the fashion designer Calvin Klein in 1977 (he told Marc Jacobs it “was one of the sexiest houses I think I’ve ever owned”) and then acquired by the music and film executive David Geffen in the 1990s. The house has changed hands several times since.

The tour ended at 557 Ocean Walk, originally the home of the Canadian architect Arthur Erickson and his partner, the interior designer Francisco Kripacz. Built in 1977, it is known as “Lincoln Center” because, like the Manhattan cultural complex, it is orthogonal and pale and has lots of glass. “There was a retractable roof over the living area and a retractable ocean-facing wall in the back,” Mr. Bonanno said.

The pop singer Roberta Flack once performed at a party at the house surrounded by hundreds of silver balloons and the smoke from dry ice. Today, it is owned by the cable star and former pornographic film actress Robin Byrd and alternatively described as the Byrd House.

Mr. Bonanno will lead “A Walk Through History” on Saturday, May 28, and Sunday, May 29, as a benefit for the Pines Care Center, which provides free medical services to the community. The price is $35. For information about these and other tour dates and to make reservations, go to pineshistory.org.

Thinking of selling your home in current hot NYC real estate market? Here are 10 staging tips, according to experts.

Mon May 2 , 2022
STATEN ISLAND, N.Y. — As the real estate market in the New York metro area continues to heat up, with a national report at the end of last year predicting that sellers who have owned their home for awhile will likely walk away from a transaction with a healthy amount […] 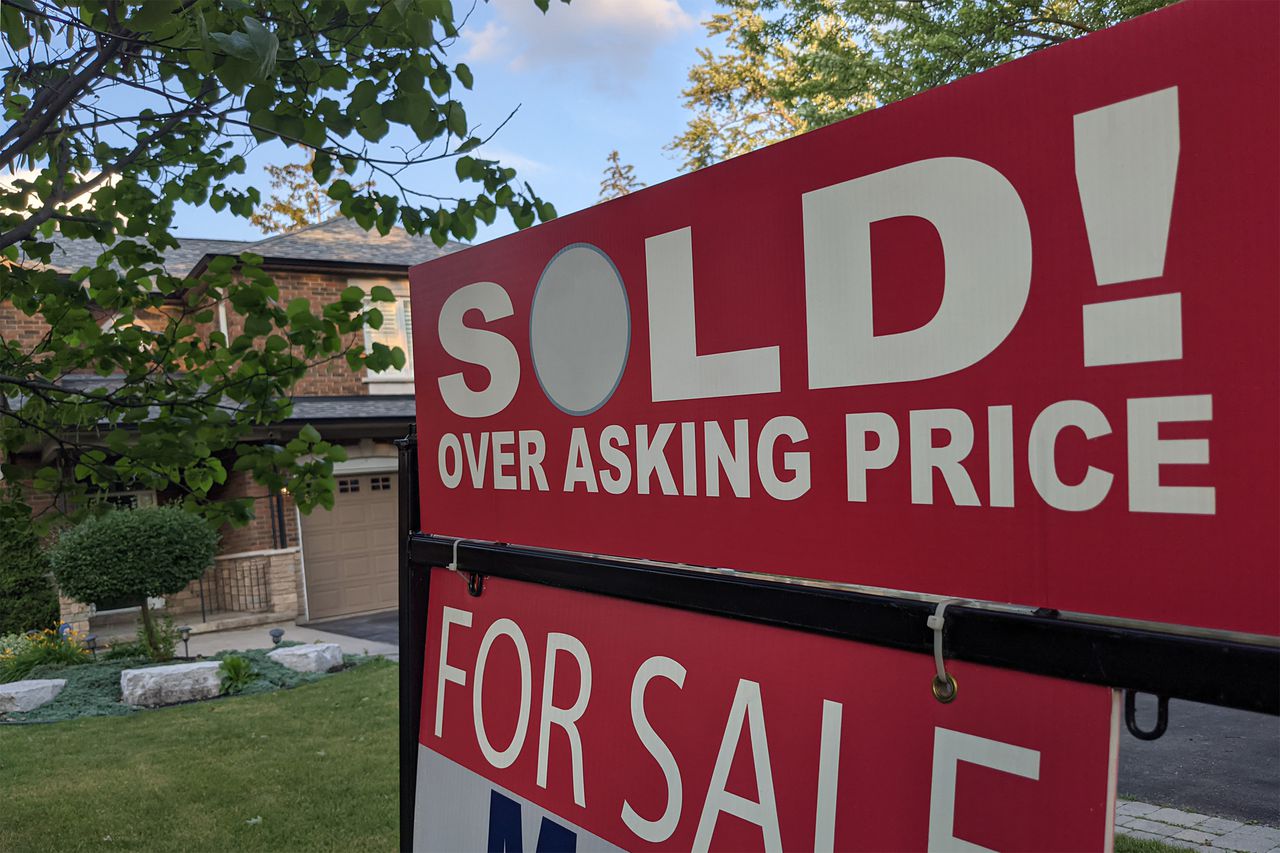