Looks like Michael Scott is getting some new neighbors.

A condo located next door to the one featured on “The Office” has hit the market for the first time in nearly a decade, The Post has learned.

With the exact same floor plan of that first shown in Season 2, Episode 3 — “Office Olympics,” which highlights Michael (played by Steve Carrell) buying his first-ever home — the three-bedroom California townhouse is on sale for $699,000.

Located in a gated San Fernando Valley neighborhood, the home was last purchased in 2010 for $300,000.

On the show, however, the home was located in Scranton, Penn. — clear across the country from where filming happened.

The property only went on sale by the owner, Brittanny Dipla, on March 2, and is already getting a lot of attention.

“It’s the same exact layout [as the one Michael Scott bought],” Dipla told The Post. “I already had two open houses back to back and I already have offers. I am expecting more offers.”

Dipla’s townhouse, which has been painted with bright colors, and the townhouse featured on “The Office,” are two of 36 homes in total inside the gated community.

Spanning 1,458 square feet, exactly the same space as Michael’s, features include hardwood floors, high ceilings, an open kitchen with direct access to the garage, a formal dining area with bay windows and a marble fireplace in the living room.

Other perks include a balcony in the primary suite with a skylight in the bathroom to bring in natural light. There is also a large storage shed in the backyard, according to the listing.

Michael’s actual condo, which on the show itself was supposed to be on 126 Kellum Ct. inside the Kellum Court complex in Scranton, Penn., last sold in 2005 for $490,000 and has remained off the market ever since.

The townhouse went on to portray Michael’s condo in the episodes “Fun Run,” “Dream Team,” “Threat Level Midnight” and, of course, the 2008’s great “Dinner Party.”

“Dinner Party” was one of the show’s most popular episodes, in which Michael and then-girlfriend Jan Levinson (Melora Hardin) invite several of Michael’s fellow coupled-up employees for dinner.

Jenna Fischer, who played Pam Beasely and Angela Kinsey, who played Angela Martin interviewed “The Office” director Paul Feig for a recap of the “Office Olympics” episode for their podcast “Office Ladies.” In the episode, Feig explained how the townhouse made its debut on the show.

“You wanted something that had enough flow to it and openness that you weren’t gonna be stuck in little rooms, you know, with just basically walls as your background,” Feig said. “So what I really liked about it is it had that kitchen that went through to the back patio.”

Fri Mar 18 , 2022
A proposed market-rate development on Sonoma Highway received raves from city officials last week, as the Sonoma Planning Commission took an initial look at a planned 7-unit modular apartment building at the corner of Highway 12 and Lyon Street. “This is exactly what the city needs,” Planning Commissioner Larry Barnett […] 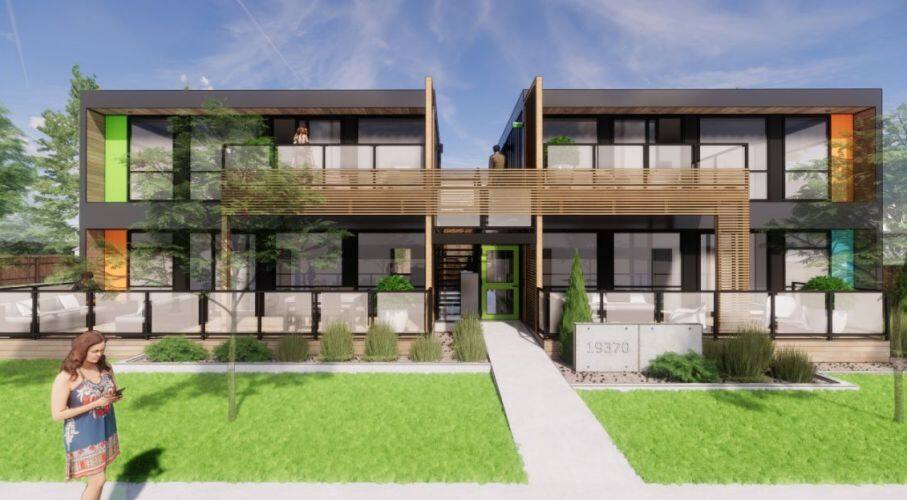