The giant, open-air market in Piazza delle Erbe is a riotous celebration of food. Scores of colourful stalls sit in the shadow of the medieval Palazzo della Ragione, while two long, covered arcades, called the Salone, are lined with irresistible delicatessens specialising in salami and prosciutto, parmesan cheese, salt cod and fresh pasta.

Book a table for lunch at the nearby Osteria l’Anfora, a cucina casalinga (home-style cooking) institution, where a €10, steaming plate of spaghetti with sausage and radicchio can be followed by a Veneto speciality such as creamy baccalà. Its tiramisu is to die for. While Padua has few genuine vegetarian restaurants, pescatarians will find delicious seafood dishes at Enotavola Pino, which also has a terrific selection of natural and organic wines.

Right in the town centre, running alongside the Piovego canal, the Giardini dell’Arena is a beautiful park boasting a Roman arena and the Cappella degli Scrovegni, a 14th-century church with incredible frescoes by Giotto – you will never see more amazing shades of blue. Until a few years ago, the gardens were the haunt of drug dealers and gangs, too scary to even walk through.

Today, the city council has reclaimed them, bringing the people back in with kiosks selling street food and drinks, and organising concerts, theatre and yoga. And this was done not to attract tourists, but for the padovani themselves. Our glamping guests often remark on how “genuine” Padua feels compared with Venice.

The life and beating heart of Padua is the ancient Ghetto, a maze of narrow, arcaded streets that run off Piazza delle Erbe. The Jewish community was segregated here from 1603 until 1797, when the neighbourhood was opened up by Napoleon, and today, tourists visit the Jewish Museum and synagogue.

Just as lively during the day as at night, it is rich with antique and fashion stores; Manfrotto and Tessuti Bevilacqua are fabulous textile bazaars; and Music Addict is where local DJs go for vintage vinyl. The old-fashioned Osteria dei Fabbri is the place to eat, while the shaded terrace of hip Caffè della Piazzetta is ideal for an aperitivo.

Everyone in Padua is proud of the Orto Botanico. Founded in 1545 to cultivate medicinal plants under the supervision of the city’s ancient university, it is the world’s oldest botanical garden and Unesco-listed. You can just walk around and enjoy the 6,000 exotic plants, trees and flowers, but for a first visit, it is worth joining a guided tour.

Near the Orto is the vast Prato della Valle. This elliptical piazza is Italy’s largest square and surrounded by 78 marble statues set there in the 18th century. It’s quite a sight and hosts concerts, markets and food fairs.

A night out in Padua has to kick off in the Piazza della Frutta, with a stand-up snack at street-food stall La Folperia, which sells octopus cooked a dozen different ways, accompanied by a glass of prosecco. Next door is the teeming terrace of Bar dei Osei, famous for its spritz.

Don’t listen to what Venetians say, Aperol spritz was invented in Padua. Everyone has to have at least one at the 18th-century Caffè Pedrocchi. During the day, the plush salons are perfect for yummy cakes and pastries, hot chocolate and cappuccino, but it is packed at night too, for cocktails and grappa. Enoteca Treccani is the place to try local wine and listen to live jazz, while my daughter says the favourite student hangout for clubbing, DJs and concerts is Fishmarket.

A three-room B&B in a 14th-century tower, with lush gardens, the Massimago Wine Tower is owned by a winemaker, who can organise a vineyard tour too (doubles from €120).

Emanuela Padoan studied at Padua University, then worked in the city as a lawyer before starting Italy’s first glamping site, the Canonici di San Marco, between Padua and Venice

Mon Feb 28 , 2022
The researcher’s multi-pronged strategy uses local structural descriptors extracted from X-ray absorption spectra through machine learning to constrain the set of candidate active sites, then the corresponding reaction pathways are modeled and apparent activation energies from computations are compared to experimental measurements to further narrow down the dominant active sites. […] 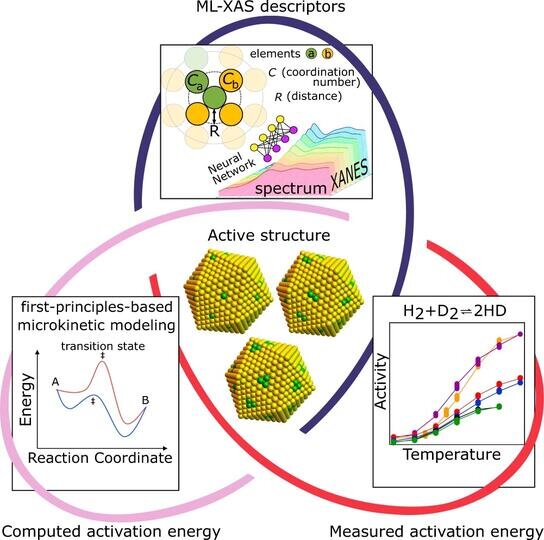