It is notoriously difficult to find an affordable, freehold landed house (or even a reasonably-priced leasehold landed one!) in Singapore, especially in Bukit Timah, which has many GCB enclaves. Hence, when I saw a freehold landed house listing at around $3 million at Hillview Garden Estate, I immediately thought of adding it to my landed tour series as I have previously not covered any landed estates in the West.

Well, some people may say that Upper Bukit Timah isn’t really Bukit Timah. But, if you’re dead set on buying a 999-year leasehold or freehold landed home, want to live in West Singapore, and don’t have a massive budget – this is almost as good as it gets for now.

When I typed “Hillview Garden Estate” into the URA space map, these were the streets that pop up:

Currently, these are the properties available for sale (at the time of writing) if you have a $3m-ish budget:

One thing I love about Hillview Garden Estate is that the houses here (even the terraces) are very sizeable. So sizeable, in fact, that my Mother kept insisting the terrace houses were detached. (Yes, even though the houses shared adjoining walls! I think we need to have a refresher on the difference between a terrace and a detached house…) Anyway, all the terraces listed above have land sizes of over 2,000 sq ft. To give you a sense of how big this is for a terrace property, note that at MacPherson Garden Estate, some of the landed houses are only 900 sq ft in size!

However, do keep in mind that with a landed house, bigger isn’t always better. I’ve observed that the noisiest landed houses tend to be the “mid-sized” ones between terrace and GCBs as they aren’t that far from their neighbours but have space for a pool or playground so the kids can rambunctiously romp outside all day – as is their right since it’s their house! But that usually comes at quite a downside unfortunately for their neighbours. (You should hear some of my friends who live in semi-detached houses complain, they can even hear the kids next door sitting inside the house with ALL the windows and doors CLOSED!!) Having said that, I didn’t notice any pools in the houses at Hillview Garden Estate.

When I visited Hillview Garden Estate, it reminded me a little of Teacher’s Housing Estate. As mentioned above, the houses are quite well-sized, even if they are terrace houses, so the area feels more spacious than the average Singaporean landed enclave. Perhaps this is also thanks to several parcels of empty land bordering in – which will probably be developed into condos soon, and the area is actually quite hilly. Unlike Teacher’s Housing Estate which is in a valley, Hillview Garden Estate is more like a series of small rolling bumps (similar to Sembawang Hills but less congested). As Hillview is already bordered by quite a few high rise condo developments, Teacher’s Housing Estate still feels more serene (at least for now).

However, similar to Teacher’s Estate, the lanes here are more generous than the Singaporean average. Another thing I like is that some of the surrounding condos have thoughtfully situated their facilities between the blocks and the landed houses, which leads to a very nice setback between them. Note the road in-between is the one the bus travels through though, so I don’t know what the road noise is like from within the units. (Noise travels upwards.)

Regarding what’s around Hillview Garden Estate, it looks like an odd-shaped pentagon on the map. 2 sides are bordered by high-rise condos, and 2 sides by green forest (designated as a park and for special use so you won’t eventually be completely surrounded by tall buildings, unlike Thomson Garden estate) and the last side by empty land that is waiting to be developed into high-rise residences and an educational institution.

Probably because of the abundance of surrounding vegetation and empty land, the air felt particularly fresh when I was walking around Hillview – so much so that I would be happy to walk around the area even if I wasn’t doing a tour for Stacked! (I know that the weather has been wet this week, but the air certainly doesn’t feel as fresh when I walk around my current flat, so I don’t think it’s related to the rain.)

Looking at the neighbouring heavily forested area, I do wonder if wildlife is an issue here. I had previously been researching the leasehold houses at Almond Avenue (which is not too far away) and when I messaged a resident of the area to enquire what it’s like to live there, she didn’t sound like she liked it much. (“Monkeys… wild boars…” In short, she was soon going to terminate her lease!)

Like Opera Estate, there is a row of shophouses within Hillview Garden Estate. I ended up returning back with a few cartons of eggs! Though there are fewer shops here. They include:

Other than these shops, Hillview Garden Estate seems to be a bit inconvenient when it comes to amenities, the nearest commercial units seem to be at Hillv2, which is around a 10-15 minute walk away. According to the directory, there is a Starbucks, Cedele as well as Hillview Market Place (not the cheapest of supermarkets, though very nice).

As for transportation, Hillview Garden Estate is a 20-minute walk to Hillview MRT station according to Google Maps, although there is a bus that runs through the edge of the estate. (It doesn’t seem to come very frequently though, as the same people were still waiting for the bus 30 minutes into my walk. On the bright side, the reduced frequency meant that Hillview felt more tranquil than Opera Estate.)

Join me again next week when I’ll be back to reviewing condos, this time, Clementi Park, one of the largest freehold developments left in Singapore. It looks to be a good alternative for people who are still debating between condos and a house, as it has extensive groups and big units!

Sun Feb 13 , 2022
TRYING to keep up with the latest trends, TikTok user Victoria decided to visit a nail salon for a glamorous manicure.  With a stylish vision in mind, Victoria claimed she showed her nail technician what she wanted. 2 Victoria wanted a glam, modern design when she got her acrylics doneCredit: […] 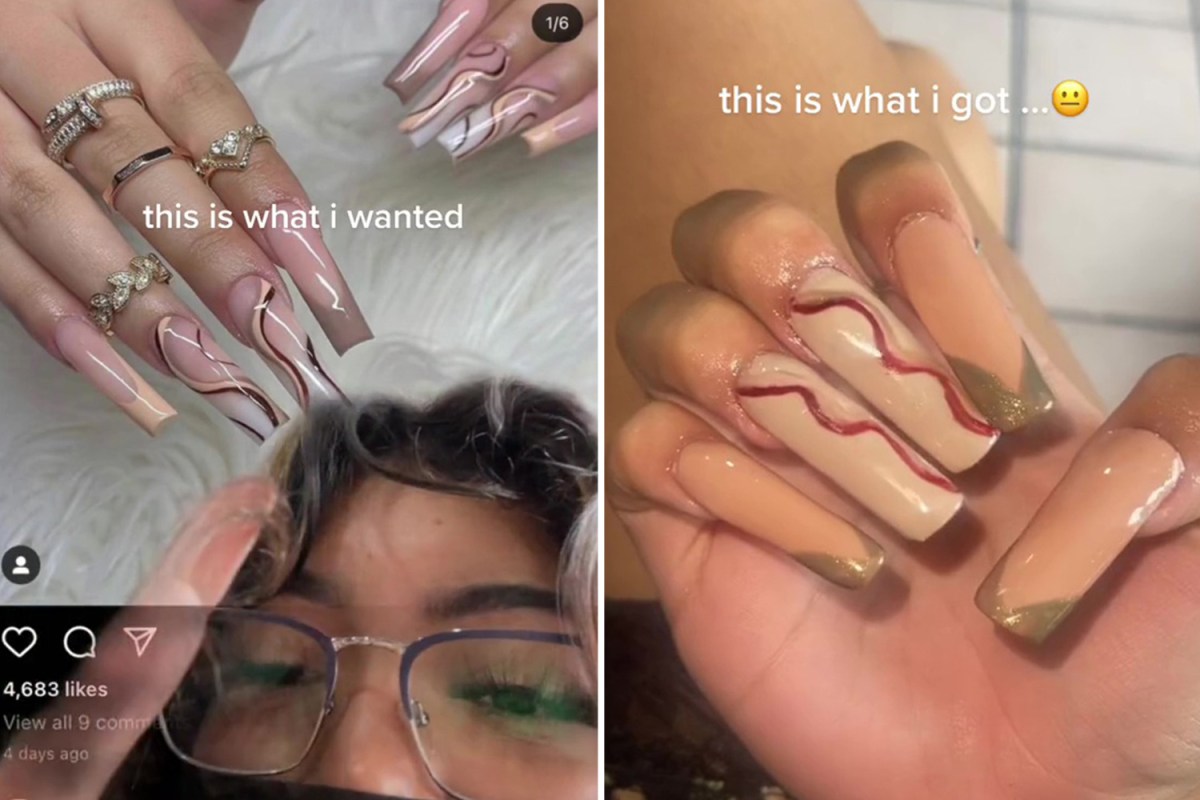