When A$AP Rocky arrived at the Met Gala in September, he managed what few others could: going toe-to-toe with Rihanna on the red carpet.

His style icon partner was, as usual, among the night’s best dressed. But the rapper grabbed the limelight with his own fashion statement — a voluminous, multi-colored quilt.

The piece was custom-made by designer Eli Russell Linnetz and quilter Zak Foster, and was based on a blanket found in a California thrift store. A woman later identified the original quilt as one her great-grandmother had hand-sewn, posting an image of it to Instagram.

Its appearance at fashion’s biggest night was just the latest example of the craft’s modern revival, which is transforming quilts from family heirlooms to luxury products. They have appeared on major runways and in nostalgia-laden winter collections, as labels increasingly turn to repurposed fabrics as evidence of their environmental credentials.

For lifelong quilting enthusiasts like former editor-in-chief of Quiltfolk magazine, Mary Fons, seeing them go mainstream is exciting. “The fact is that quilts are cool. They’re timeless,” she said over email. “When you see them on red carpets it reinforces that, and as quilters, we’re here for it.”

Though luxury mainstays like Norma Kamali and Moschino have recently incorporated quilted detailing into their collections, indie brands like Stan Los Angeles have come to use the technique as the basis of their work.

Upcycled quilts feature prominently in the California label’s surfwear collections. One overshirt, created from a quilt handmade in Pennsylvania in 1870, is priced at $2,250.

The brand’s founder, Tristan Detwiler, first became interested in upcycling quilts when he transformed his old baby quilt into a jacket — the first piece he ever made “from scratch,” he said over video call. He later met quiltmaker Claire McKarns, now 80 years old, who took him to her warehouse filled with “hundreds and hundreds of her hand-curated quilts,” he added. She later extended an invitation to her craft group, where Detwiler connected with more veteran quiltmakers.

The story of individual textiles is central to Detwiler’s creative approach, which also sees him upcycling a variety of other pieces passed down through generations — including a sun-patterned coat hand-stitched by his own great-great-great-grandmother in the 1800s. His garments come with labels explaining their histories. “The energy of family and generations and history in that obviously activates emotion,” he said.

Two and a half years since launching his brand, the designer now focuses on one-off creations — two of which are currently on display at the Met Costume Institute’s exhibition “In America: A Lexicon of Fashion.” Exploring the nation’s fashion history, the show features a jacket-and-trouser ensemble that Detwiler made from a 19th-century quilt gifted to him by McKearns. One of 12 quilted pieces in the exhibition, it stands beside a Ralph Lauren patchwork outfit sewn from antique textiles in the 1980s.

Fons said the quilting trend reemerges “every 30 years or so,” adding: “Adolfo did it in the late ’60s, Ralph Lauren did it in the ’80s, and then Calvin Klein and designers like Emily Bode started it up again around 2017.”

“In America: A Lexicon of Fashion” at the Metropolitan Museum of Art featured some examples of quilted textiles. Credit: Taylor Hill/WireImage/Getty Images

Quilting has deep roots in America, with Fons describing it as a “democratic art” practiced by people of all financial, racial and religious backgrounds throughout the country’s history. Regional styles also evolved, from the English-inspired mosaic quilts made by predominantly White New England crafters to the brightly colored geometric designs of Gee’s Bend, Alabama, whose enslaved community quilted for “survival,” artist Michael C. Thorpe — who works with the medium — said, with women repurposing clothing and feed sacks to keep their families warm.

A visitor looks at the “The Quilts of Gee’s Bend” exhibit at a 2004 show in Washington, D.C. Credit: Stephen Jaffe/AFP/Getty Images

Civil rights leader Rev. Jesse Jackson even referred to the craft in a famous speech at the 1984 Democratic National Convention — a metaphor he revisited in his famed 1988 “patchwork quilt” address — describing America as a quilt of “many patches, many pieces, many colors, many sizes, all woven and held together by a common thread.” The quote opens the Costume Institute exhibition, with assistant curator Amanda Garfinkel saying that it aligned with the show’s “emphasis on inclusivity and diversity.” People “respond emotionally” to the quilted exhibits, Garfinkel added, due to the “personal and historical narratives they carry.”

Fons said the continued love of quilting is “material evidence” of American values, adding: “Of course, our country doesn’t always exhibit these values, but quilts are still seen as icons of maybe what we hope to be.”

Rather than looking to historical styles, artists like Thorpe are incorporating other aspects of design in their quilted works. Thorpe, who recently collaborated with Nike on quilts inspired by the NBA’s past and future, brings Black history, his own biracial experiences and childhood dreams to life through textile portraits. But despite his contemporary approach, people at the artist’s recent Miami exhibition still brought up their own grandmothers when looking at his work, he said. “Quilting makes people feel,” he added. “It’s like this knee-jerk reaction of familial (ties). I think that’s what people are reaching for.”

Ironically, in reshaping fashion with antique quilts American designers may also be endangering the craft, said Fons. “We are in huge danger of losing great tracts of American history, particularly the history of women and marginalized communities, since these are the people who have made the most quilts over our nation’s history,” she explained.

Traditional hand-sewing skills are also far less common today. Quilts are usually made by patchworking together pieces of fabric, either by hand or with a machine, before sandwiching a layer of batting between the decorative front pieces and fabric backs (giving them a distinctive puffiness and insulation for warmth). But while electric longarm sewing machines — which can sew on both an x and y axis — have radically changed the craft in recent decades, some quilt artists and designers are now bringing back “hand-piecing and hand-quilting” and are “connecting with… quilt heritage again,” Fons said.

Quilting’s revival may, she added, reflect a desire for “authenticity” amid the rapid digitization and mass production of fast fashion. Garfinkel meanwhile pointed to “the sense of community and preservation associated with quilting, especially in contrast to the accelerated speed of contemporary life, the anonymity of industrial production and the ephemerality of digital culture.”

Thorpe added that people are experiencing “extreme burnout from technology,” saying: “I think people are now more interested in things that take a little bit longer, and like reverting to craft… The idea of very slow (handcrafting) and something to do with a community.”

Fons, who still works as an editorial advisor for Quiltfolk, says the magazine’s audience averages at “around 50 years,” but she’s seen a rise of interest among younger generations. Over the course of the pandemic, she said she has spoken both to first-time quiltmakers and people who “picked it back up during lockdown.”

Although there are some barriers to entry, including the cost of machines, fabric and batting to pad out the quilts, DIY-minded TikTok users are using their new skills to save money on clothes. Wandy the Maker, for instance, shares quilting tutorials to encourage Gen Zers to think more sustainably about their wardrobes. Others, such as @samrhymeswithhamm have found success on the platform through the hashtag #quilttok, with a video of her making a cactus-themed quilt racking up 2.4 million views.

Fons said there was an “element of fetishism” to America’s love of quilting. “At its heart, the yearning for handmade things, artisanship, and ‘slow’ processes makes sense. Modern life moves really fast and can be kind of scary.

“For a lot of people, a quilt is an icon of ‘simpler times,’ even though it’s kind of a false equivalency.”

“It’s a great time to be a quiltmaker,” she added.

Fri Jan 14 , 2022
CORVALLIS, Ore. – Ignoring moisture and insect damage in the home leads to serious problems down the line. Annual inspection is essential to head them off. Whether you do it yourself or hire someone, start your inspection by checking out this article from the Oregon State University Extension Service on home […] 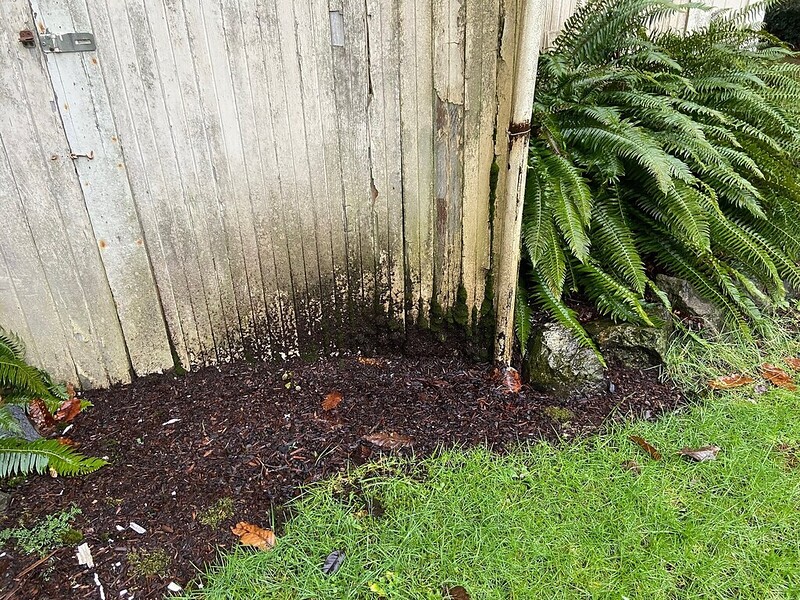