Skip to content
Editor’s Note — Sign up to CNN Travel’s Unlocking Italy newsletter for insider intel on Italy’s best loved destinations and lesser-known regions to plan your ultimate trip. Plus, we’ll get you in the mood before you go with movie suggestions, reading lists and recipes from Stanley Tucci.

(CNN) — Italy has in recent years sold off hundreds of dilapidated homes for next to nothing, thanks to schemes to attract new residents triggering a wave of regeneration for rural communities.

For one man, buying a single house wasn’t enough. He bought an entire village.

Scottish businessman Cesidio Di Ciacca has just finished renovating Borgo I Ciacca, a rural hamlet dating back to the 1500s and historically named after his family.

It’s located in the wild, rugged region of Ciociaria, between Rome and Naples, at the feet of the town of Picinisco.

“At the turn of the 20th century my grandparents Cesidio and Marietta left the village in search of a better future,” Di Ciacca tells CNN. “They migrated to Scotland, leaving behind their home village which fell into oblivion for half a century.

“It was a ghost place. I started recovering it more than 10 years ago. It was a huge task but now it is finally alive again.”

Lured by nostalgia for his ancestors’ land, and after having built up his finances as a lawyer and consultant, Di Ciacca decided to return to breathe new life into the village his family had left behind and revamp its local economy.

“It was a ghost place,” says Cesidio Di Ciacca of his ancestors’ village.

It hosts a wine canteen, a conference room, a library and two suites to accommodate guests longing for an unplugged bucolic stay. The estate’s vineyards grow Maturano grapes, a previously lost variety that has been recovered.

Di Ciacca was born in the fishing village of Cockenzie, outside Edinburgh, but says he always held a deep affection for his native land.

“My family never lost touch with its origins,” he says. “Each summer, as a kid, my parents would bring me here to visit our relatives. As I grew up my visits became more frequent until I decided to embark on a life mission to fully reconnect with my roots and bring back from the grave our family borgo [village].”

Di Ciacca’s family emigrated from the village at the turn of the last century.

The first step was to track down all the 30-hectare village estate’s 140 property owners — a long and complicated process made more difficult by the fact that emigration had scattered them across the world.

“The village was fragmented and split up between so many heirs who often just possessed a corner of one house, a bit of the pasture, woodland or farmland, or just an olive tree,” Di Ciacca says.

According to Italian law dating back to the Napoleonic era, property ownership passes not to the eldest heir, but instead to every single child. Across multiple generations, that can splinter possession across many families.

The village’s last inhabitant, says Di Ciacca, was a distant great aunt who passed away in 1969. Over the next 50 years, the already dilapidated hamlet fell further into decay — jungle-like vegetation creeping over walls and doors.

Remnants of its former life could still be seen everywhere, including wine flasks and nails hammered into ceilings that were used to hang sausages to dry. When digging eventually started for the renovation, old spoons, coins and religious amulets were unearthed.

Di Ciacca says he needed to acquire the entire village in order to begin restoration work due to the complicated jigsaw puzzle of ownership.

“I just had my family’s sub-unit,” he says. “It took me years to buy back all shares, offering each little owner a price at market value of the land, even if the land parcel was not worth it, so they all had one same offer.”

The local land and church registry helped in identifying the many owners, but Di Ciacca’s genealogical hunt was possible, he says, because communities still in the area remained close with families and neighbors.

“So one first cousin knew another degree cousin and so on, like a chain. Mainly by word of mouth and memory,” he says. “Also the migrant community in Edinburgh, where many had moved to, helped me in the search.”

Di Ciaccia had to work hard to convince several relatives to give away their portions of the village. Even though they had no use for the properties, they were reluctant to sell for sentimental reasons.

Despite not disclosing details of how much he invested, Di Ciaccia admits having spent a considerable sum on reviving the village, with most of the money going on the rebuild.

“Oh! I don’t even want to think about it,” he says. “Certainly too much, it was a crazy initiative. The sub units were not expensive, it was the restyle that cost a lot.”

Di Ciacca has tried to preserve the original charm of the village buildings.

Before its decline, Borgo Di Ciacca was a thriving microcosm where a total of 60 people lived in small dwellings of barely 50 square meters — roughly six families in all.

As part of the restyle, the old dwellings have had their ceiling-high ovens and fireplaces renovated. They’re now used for pizza parties and summer get-togethers. Antique furniture decorates each room.

“It all started off as a hobby, then I realized I needed to make this dream of mine into a sustainable business,” says Di Ciacca. “When my daughter Sofia decided to leave her corporate job and take care of the vineyards, I turned the borgo into a rural farm producing honey, jams, wine and extra virgin olive oil, and launching eco-conscious activities.”

The 2,500-square-meter village now hosts a small cultural center and conference room for academic, food and agrarian studies meetings. There’s also a canteen with wine-tasting spots and a kitchen for cooking lessons. The whole borgo has underfloor heating and powerful Wi-Fi.

Since the first harvest in 2017, its wine has won three international silver prizes and is now also exported abroad.

Bucolic marathons are held in spring, with people running up and down the vineyards and then relaxing at the little piazza where villagers once met to chat in the evenings after working in the fields.

A “social orchard” with fresh produce has been created, bringing together groups of children for lessons on rural life, while a gastronomy school launches this year.

“I didn’t change the rooms inside, I kept the original decor and rural vibe with the gritty stone walls and the old thick wooden doors with metal bolts,” says Di Ciaccia. “The different color of the dwellings is exactly how they were originally painted, each color indicating a different time period.”

However, tracking down 140 relatives was a piece of cake compared to dealing with Italian bureaucracy, Di Ciacca says, admitting that the paperwork is frustrating. He has employed local youth to look after his business while he’s in Scotland.

When the pandemic broke out Di Ciacca found himself stuck in the village and says its unpolluted air and under-the-radar location were a godsend. Together with his wife, son, daughter and grandchildren, he now spends most of the year in his ancestral home.

Cesdio Di Ciacca now lives in the village with his family.

The landscape around the village is dotted with abbeys, monasteries and pilgrimage sites famous for apparitions of the Virgin Mary.

“It’s been a place of physical passage for millennia thanks to its pure water, fresh air and fertile fields,” says Di Ciacca. “Prehistoric men chose it as their home and many saints roamed this valley of faith, from St. Thomas of Aquina to St. Benedict. It’s magical.”

During the middle ages Ciociaria was a crossroads of shepherds, hermits, and saints. In the 1800s it was the lair of Italy’s most wanted outlaw, Domenico Fuoco. Then emigration and a series of natural calamities shrank the local population. Today it’s one of Italy’s best-kept secrets.

The village is where Di Ciacca’s father, Johnny, was born before his mom and dad took him north to Scotland, where they started an ice-cream business.

For over 500 years it belonged to their family, and as the only living heir actually interested in reviving it, Di Ciacca wants to safeguard its future.

“I want this village to be a pivotal center for all Italian-Scottish people abroad who want to return and re-connect with their origins, and maybe even help their native territory by launching activities and opportunities for growth,” he says.

There are also plans to open an agri-food academy at the village, but so far the pandemic has slowed down the schedule, and to launch partnerships with European universities on how to preserve and pursue rural traditions.

For someone who has succeeded in convincing 140 people to offload their minuscule slice of property to create a big project, it shouldn’t be too hard.

Fri Jun 10 , 2022
There’s an astounding amount of stuff on Amazon, from hair gem staplers to live ocean creatures and everything else our depraved souls crave between our power naps (ahem, Maldon salt). And while some of those items have become well-vetted, internet-famous must-haves—including the viral Amazon coat and tons of TikTok-trending gadgets—others […] 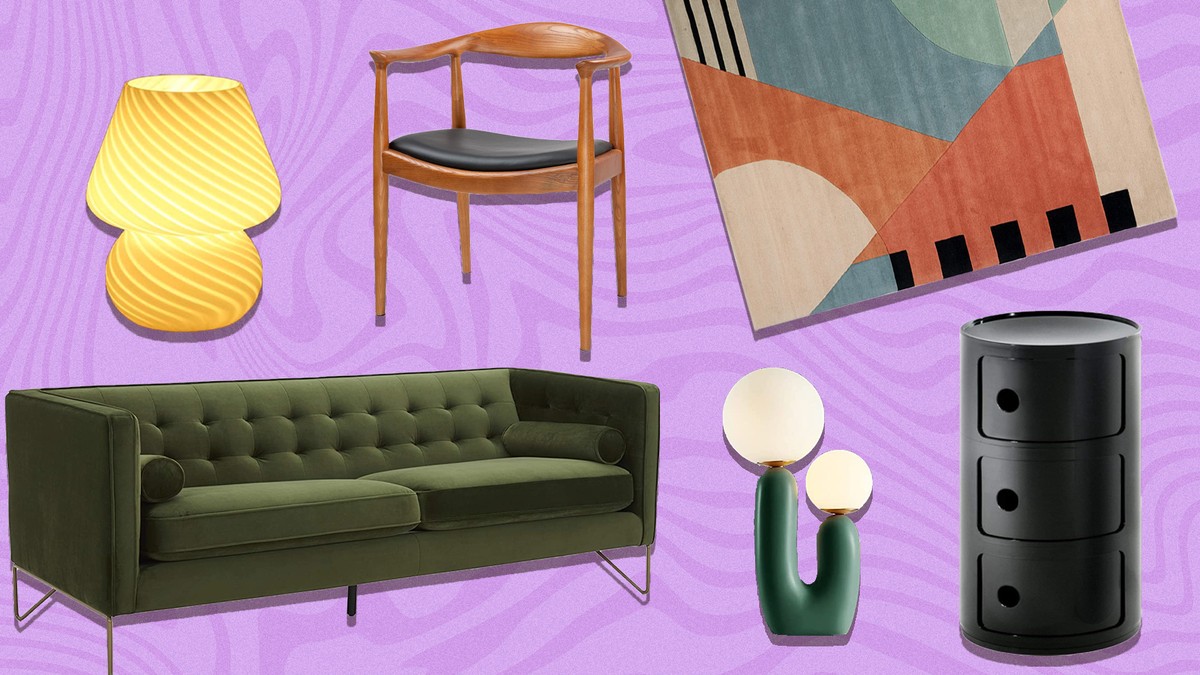