While house hunting in the High Weald area of East Sussex in 2001, Nicola Dealtry and her husband stumbled across a sprawling, rundown Arts and Crafts house in Burwash Common.

“We had seen some lovely Wealden hall houses but they were a bit dark,” said Ms. Dealtry. “It had scale, a lot of charm and was light and airy.” The couple bought it and spent the next 12 months getting it back to its former glory.

Named Buckles, the 7,889-square-foot property was built in the late 19th century by three unmarried sisters whose family name was Trower. They bequeathed it to their nephew, Walter Trower, who completely remodeled it in Arts and Crafts style in the mid-1920s. Since then, it has had many different lives. During World War II, it was used as a home for evacuated children and then requisitioned as army barracks for Canadian troops. Its previous owners, who had bought it more than 50 years ago, had divided it into lodgings as a way to save money. It was also missing its original staircase, which had been destroyed during a house fire.

The eight-bedroom redbrick property, which is now on sale for £3.5 million (US$4.76 million) via Savills, stands on 10 acres of grounds and features tall chimney stacks, a steep sloped roof, and a recessed, jettied half-timbered central section. The ground floor opens onto a grand, central staircase entrance hall, giving access to four large living spaces, with rural views to the front and rear, three working open fireplaces and almost full-length leadlight windows. To the rear is a snug, the British equivalent of a den, kitchen/breakfast room, utility room and pantry while upstairs lies a large, light-filled landing and eight bedrooms.

The grandest room is the 28-foot-long drawing room, which has six large windows, full-height timber mantlepiece, high ceilings with timber beams, and a raised area. Originally, this space was not accessible from the house, and it is believed it had been used as a gathering space for prayer meetings and closed up when not in use. “It forms a great entertaining space,” said Ms. Dealtry, adding that her family tended to live in the snug and kitchen and then open up the large formal rooms for parties and gatherings.

In its grounds there are formal gardens, a kitchen garden lined along one side with potting sheds and greenhouses, a beautiful 60-foot Victorian glasshouse full of established grapevines, an orchard, parkland, woodland, a well-screened, all weather tennis court, and a useful two-bedroom cottage, which could provide a rental income stream. It is set within an area of outstanding natural beauty, two miles from Burwash. London is just over an hour away by train from Stonegate station, under three miles away.

The interior design trends set to take over 2022

Mon Jan 24 , 2022
With the start of the new year underway, may of us will be considering whether it’s time to give our homes a well-deserved make-over.   Home renovation and design platform Houzz has revealed its top home design predictions for the year ahead, based on current trends on the site, from hotel-themed […] 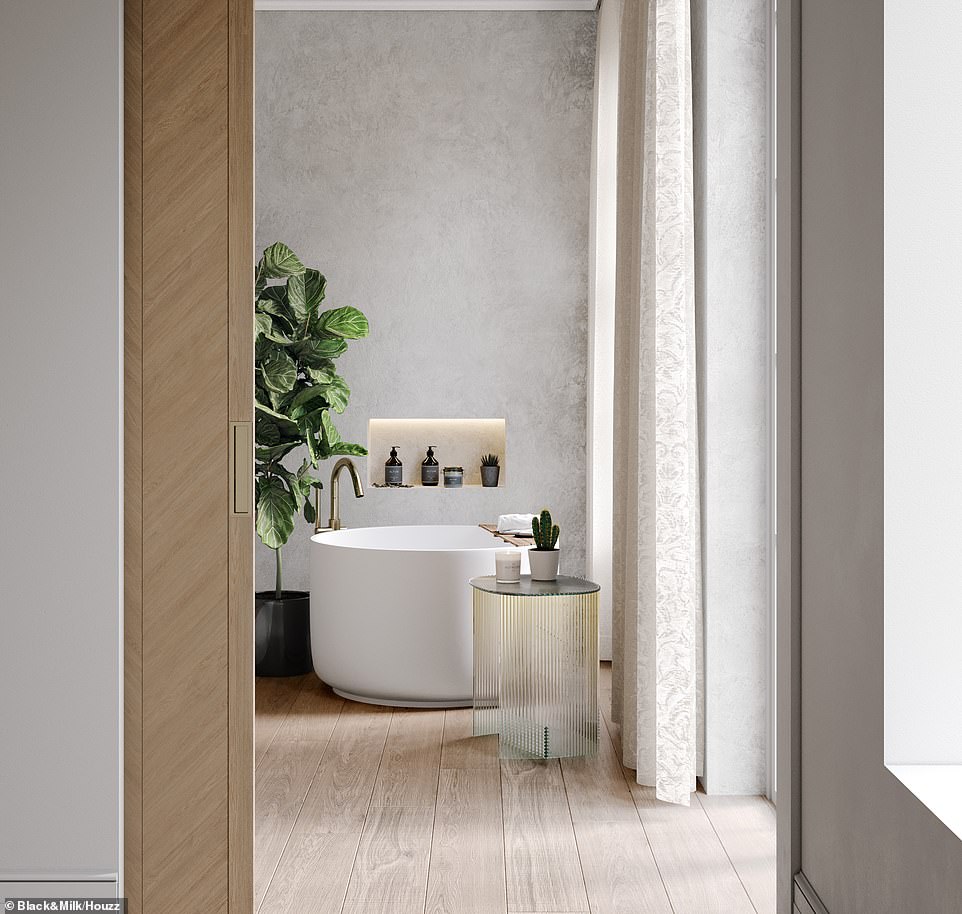