What does it take to own a piece of the 17th century in New York’s coveted East End? More than $2 million.

A charming cottage in Sag Harbor — believed to be among the oldest homes in the Hamptons, if not the oldest — has listed for $2.39 million, according to the OutEast listings portal.

Located at 64 Union St., the property dates to 1693, but it hasn’t always stood in that spot. It was built in Sagaponack and moved around five times before landing in its current lot, according to 6sqft. Previous listings have said the original structure survives in the home’s living and dining rooms — among the day 1 touches: exposed ceiling beams.

Listing images show the cottage’s simple white exterior. Inside, the new owner can also get wide-plank wooden floors and fireplaces in the living and dining areas. The country-style kitchen also has exposed ceiling beams, but the following centuries — and likely far more recent years — saw the addition of a skylight above the stove and farmhouse sink. There are also updated appliances and cabinets.

The listing has a total of three bedrooms and three bathrooms across 1,450 square feet and 0.17 acres of land. In the main structure, a master bedroom pays homage to the historic roots with beamed ceilings and wide-plank flooring. That room also has windows that look out to the backyard.

Also included in the deal is a separate studio space on the grounds that’s climate-controlled and comes with radiant-heated brick floors. It has a full bathroom and can be used to sleep guests.

Mark Tevis of Douglas Elliman has the listing.

Why I Used Etsy to Decorate My Apartment Instead of Amazon

Fri Feb 4 , 2022
When decorating my first NYC apartment, I struggled to find affordable, high-quality home decor.  I ordered products from e-commerce sites Amazon and Etsy and compared the experience.  Despite the longer delivery times, Etsy quickly became my go-to for vintage and unique pieces.  Loading Something is loading. Growing up, my art-teacher […] 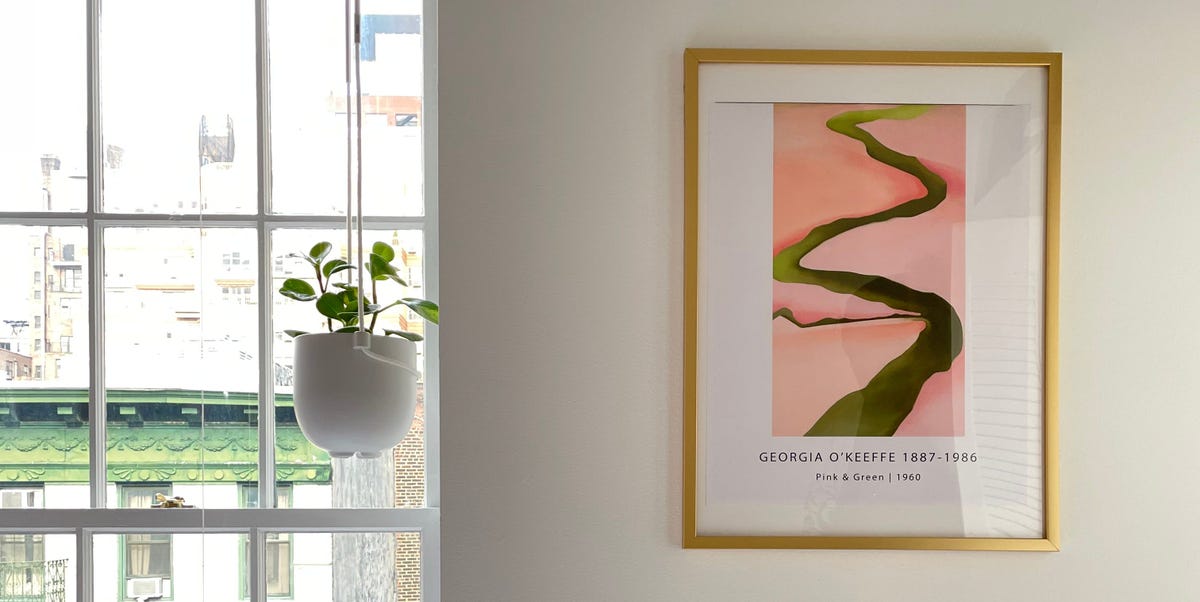