PINE PLAINS, N.Y. — It’s a fantasy many New Yorkers share: Move upstate, restore an old house, escape the noise of the city. But Clare de Boer, who will open her first solo restaurant, Stissing House, on Thursday, knows this isn’t some romantic endeavor.

“It’s cute until you sign the dotted line,” she said on a recent Friday in the sitting room, formerly a wood shed, of her tavern in this Hudson Valley town. The walls of the 6,000-square-foot space were still being painted. One of the fireplaces wasn’t working earlier that day. A conventional oven hadn’t yet been installed, and the pastry chef, Suzanne Nelson, was getting worried.

But there was good news: The pheasant dish Ms. de Boer was testing, roasted in the open kitchen’s wood-fired hearth with juniper and vermouth, was outrageously delicious.

Ms. de Boer, 32, who has written occasionally for The New York Times, is better known for making hand-cut pastas that glisten with olive oil, and panisse with crisp fried sage at King, a French and Italian restaurant in SoHo that she owns with Jess Shadbolt and Annie Shi. Ms. de Boer’s work at King won her a James Beard nomination for Rising Star Chef in 2018. This summer, she, Ms. Shadbolt and Ms. Shi will open their second restaurant, the pasta-focused Jupiter, in Rockefeller Center.

With such a busy career in the city, Ms. de Boer had imagined a solo restaurant in the Hudson Valley more as a project for retirement. (She and her husband, Luke Sherwin, own a house in Dover Plains, about 20 miles away.) But when she heard that the French restaurant occupying the Pine Plains building — also named Stissing House — would close at the start of last year, she decided to look at the space.

“I could hear the sound of my children running down the hallways,” she said. “I could see them getting married here.”

She also loved the idea of restoring the building, which dates to 1782, to return to its roots as a tavern serving simple, homey food. “This restaurant has always been the center of this community,” she said. Stissing House was once one of the oldest continuously operating inns in the United States.

“I am not inventing Stissing House,” she added. “I definitely think of myself as the next caretaker.”

Her menu will center on dishes cooked over a wood fire, like braised duck served with cornbread enriched with duck fat, game pies, and pork shoulder simmered overnight with cider and celeriac. Ms. de Boer found inspiration in old Shaker cookbooks. (The name Stissing has Native American roots; the precise origins aren’t clear, but the restaurant is on Munsee Lenape and Mohican land.)

“There’s so much that I love about the Shakers in terms of their approach to life, minimalism and utility,” she said. “Food that is luxuriously simple.”

The Shakers, a Christian group that celebrated simplicity and celibacy, immigrated in the late 18th century from England, where the family of Ms. de Boer’s mother hails from. Ms. de Boer found similarities between Shaker recipes and her grandmother’s in dishes like apple charlotte and sticky ginger cake.

Ms. de Boer acknowledged that operating a two-story restaurant in a rural town may prove more challenging, especially compared with King, which quickly became a SoHo fixture when it opened in 2016.

“In New York, you have no room and lots of customers,” she said. “Here, you have loads of room and no customers.”

Pine Plains — population 2,392 — is not nearly as bustling as other parts of the region, like Hudson or Rhinebeck. Many major train lines no longer run directly through the town.

So Ms. de Boer plans to focus for now on serving a local clientele. She’ll host a “kids’ club” every Sunday, she said, with movie screenings and a play area; turn the upstairs into a space for weddings and other events; and host family-style Sunday lunches.

The decorations are rustic and minimal — the original plank flooring and roof beams remain — but the restaurant is not inexpensive. A bowl of seafood chowder costs $33, and buttered noodles are $15.

“I hope that the price point is broad enough that it can make the business work,” while not feeling exclusionary, Ms. de Boer said.

The restaurant will be open Thursday through Monday, and she plans to split her time between upstate and Manhattan, where she’ll open Jupiter and continue her responsibilities at King.

Jupiter will have more seats than King, and will also serve breakfast. It is one of several new restaurants — including ones from Greg Baxtrom of Olmsted, and Elia and Junghyun Park of Atoboy and Atomix — opening in Rockefeller Center.

“It’s the perfect second city project,” said Ms. de Boer. “The resources are there. People want to work for us because we have a reputation.”

But Pine Plains holds a different charm for her. “This is not a destination restaurant,” she said — or at least, that’s not her goal. “This is a local watering hole.”

How Tripalink Is Elevating Life For Young Renters

Fri Mar 11 , 2022
Co-living elevated Daniel_Borrat_Photography The real estate industry isn’t exactly known for finding dynamic solutions to common problems. Yet, that is how Tripalink, which is a real estate brand that develops and manages co-living and standard apartments came to be. When Founder and CEO, Donghao Li had a challenging experience renting […] 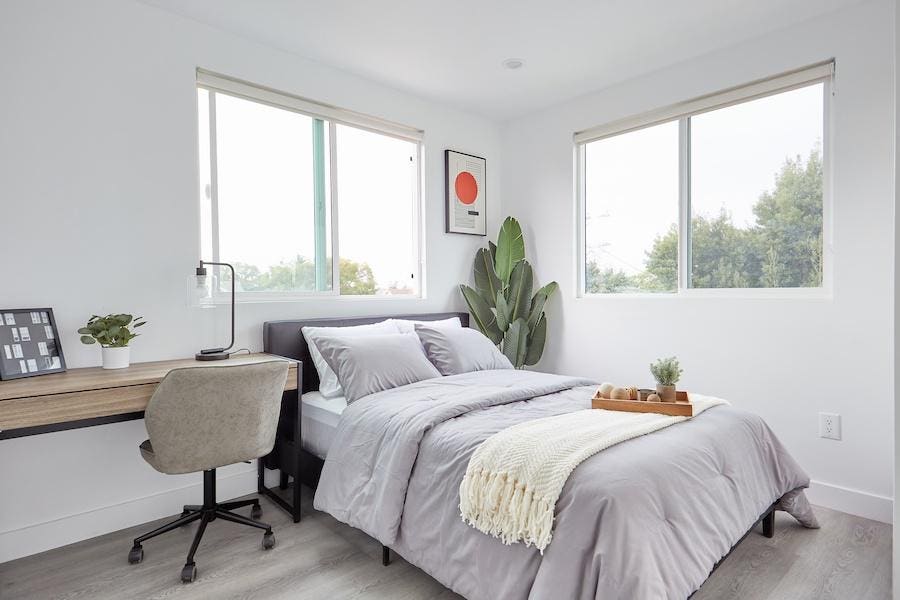