Chicago is regarded the world over as a laboratory for modern design, so it’s hard to not feel indignant that we’ve been without a full-time architecture critic at a major daily newspaper for over a year.

Reactions have been surprisingly muted — there’s not much sustained punch heard from media pundits, the business community or even the design community. If we’re to call Chicago the city of architecture, then we should admit our competitiveness is taking a hit.

Thoughtful commentators have cited the need for a multitude of voices in our critical landscape. I agree. But we must not allow decentralization to dilute our response to pivotal events in the built environment, or usher away conversations to smaller online platforms and industry papers.

Where was the constructive design commentary upon release of the Chicago casino proposals? Where is the routine celebration of local design excellence? Is anyone even talking about climate change with respect to buildings and infrastructure?

SEND LETTERS TO: [email protected] We want to hear from our readers. To be considered for publication, letters must include your full name, your neighborhood or hometown and a phone number for verification purposes. Letters should be a maximum of 350 words and may be edited for clarity and length.

An established critic has a bully pulpit when needed, putting a check on developers and politicians who aren’t always adept at self-policing. This prominent voice resonates far outside our region, rallying civic pride and introducing millions to Chicago.

As a larger community of designers, academics, and business and civic leaders, we need to embrace a new ecosystem for criticism while also holding up the importance of the mainstream critic. I’m offering a few thoughts below, but let’s keep the ideas flowing.

Architecture organizations around the city continue to enter the fray, reporting, reflecting and convening on important matters, as with recent efforts to save the Thompson Center. But we generally lack the resources for a full-time critic.

To move Chicago forward, we need ongoing dialogue about architecture and cities.

Lynn Osmond, president and CEO of the Chicago Architecture Center

Anyone who has followed Ken Griffin’s “career” in politics — from his comment that wealthy people do not have enough influence in government policy to his tens of millions in contributions to support Bruce Rauner, defeat a fair progressive Illinois income tax and oppose Gov. J.B. Pritzker — knows the only thing he cares about is limiting any dent in his billion-dollar estate or 10-figure annual income.

Just like Rauner who cared so much about Illinois he fled as soon as he lost, Griffin threatens to do the same. I guess he can take his bat and ball to his multimillion-dollar Manhattan abode.

His bemoaning of crime as his supposed pivotal issue is simply the old Republican political trick of campaigning on fear rather than on actual improvement in people’s lives. Instead of celebrating guns, he might think about investing a billion or so in rebuilding projects in impoverished areas like commercial developments with grocery stores and other employment-providing businesses. He could even create a West or South side annex to the Art Institute’s modern wing without having to put his ex-wife’s name on it.

Neil Steinberg is right on

Thanks so much for printing Neil Steinberg’s column “Ukraine’s Woes May Foretell Our Own. He quoted German Chancellor Olaf Scholz in a comment about Putin that said “the heart of the matter is the question of whether power can break the law.”

Then he brilliantly applied that comment to Donald Trump when he denied the last election results, stirred up his minions to attack the Congress while doing their constitutional duty and pushed Ukrainian President Volodymyr Zelenskyy to find dirt on Biden’s son using taxpayer-funded supplies.

Because the Republican Party continues to do Trump’s bidding he called them “chronically dishonest and morally vacant.” He also warned us that if this party gets into power again, we will have no union left.

Watching this party during the State of the Union was appalling. They refused to stand when the president talked about goods made in America. I thought that was a sacred tenet of the Republican Party, to put American industry first.

Thank you, Mr. Steinberg, for pointing out what is at stake.

Sun Mar 6 , 2022
Breadcrumb Trail Links Life Gardening Opinion: From March 10 to 13 at B.C. Place Stadium, you’ll be able to enjoy a wealth of inspiring garden presentations. The B.C. Home and Garden Show offers innovative ideas for garden landscaping. Photo by The BC Home and Garden Show /PNG Reviews and recommendations […] 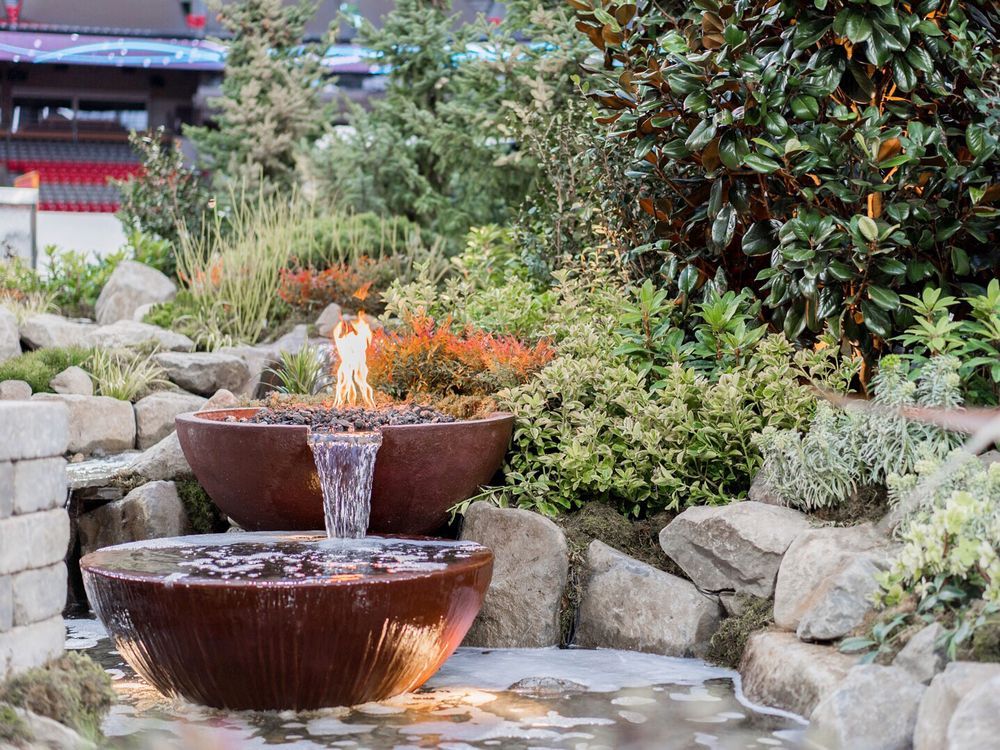