When Samantha Thompson moved back to Houston in 2018 she bought a townhome in the final stages of construction and moved in with what she had: a mattress, a folding chair and a TV.

She knew she wanted nice furniture and plenty of color but couldn’t fill a four-story townhome all at once. Thompson, a partner at the Hogan Thompson oil and gas litigation firm, connected with interior designer Pamela O’Brien of Pamela Hope Designs, and by the time they finished, her house was filled with a rainbow of colors.

“I didn’t have to run anything by anyone else. There wasn’t a dude going, ‘No pink,’” Thompson said. “I am interested in art and design, but I would not have been able to put this together myself.”

When Thompson and O’Brien started, Thompson said she wanted color, but not too much. But every time they added something with color, Thompson wanted more.

“I was very sterile. Everything was black and white, with no color,” O’Brien said. “It was pretty, but it had no personality. It had white walls and white trim and the occasional bit of accent on a light fixture.”

In the main living area, they used teal paint on built-in bookshelves that flank a fireplace and on a ceiling beam treatment over the dining area, then added a teal sectional sofa. Pops of bright pink come in with solid and print pillow fabrics as well as on barstools in the kitchen.

“The teal on the bookshelf is my favorite color, and I like that we paired it with pink,” Thompson said. “I have colorful clothes, and I think that color makes things happier.”

Thompson, 33, grew up in Houston and graduated from Rice University before heading to Harvard Law School. In the meantime, her family had moved to Oklahoma, so she returned there for clerk jobs before returning to her hometown and finding this house in Hyde Park on the edge of Montrose.

When family members learned she had an empty apartment, they brought over some pieces from her late grandparents. During the townhome’s makeover, those pieces were used in the fourth-floor game room.

The first floor has the garage and a bedroom that Thompson uses as her office. Its walls are painted lavender and there’s a floral rug on the floor. The feminine motif continues on the desk, a Cynthia Rowley design for Hooker furniture, with bold florals on a glossy black background.

Thompson and a colleague founded their firm in 2020, just before the pandemic began. Thompson found herself working from home for a while, though she’s back in her downtown Houston office these days.

In the entry they added a rug with splashes of purplish-pink and blue on a gray background, plus a tufted bench with pink and purple pillows where her cats, 3-year-old Gus and 10-year-old Walter, like to hang out. Framed black-and-white photos from Rice and Harvard campuses decorate the wall.

The dining area takes nods from the living room, repeating the teal paint in a ceiling treatment, with a paler turquoise in the rug under the round table that seats four.

This second floor powder bathroom has wallpaper with an abstract mix of coral, orange and a teal, and a Moravian Star pendant hanging from the ceiling.

Neutrals cover most of the surfaces in the primary bedroom, with a white ceiling, pale neutral walls and darker brown floors, but Thompson and O’Brien threw in color everywhere else.

Drawn open, the draperies appear to be a colorful abstract pattern until you close them to see birds and plenty of pink and orange, the fabric that launched the palette for the room.

“I remember when Pamela found (the fabric). I thought ‘That’s it. That’s the color’ and went from there to pick fabric for the bench and pillows,” Thompson said of the draperies.

O’Brien mixed it up with colors and patterns in the pillows, using fuchsia-pink in a trio with a geometric border, pink and orange in rectangular pillows and teal — a minor color in this room — in a third row.

“If I’m starting from scratch, I mix a small, a medium and a large print. The key is that the colors work together,” O’Brien said of mixing patterns with different colors. “The drapes have every color in the rainbow, but it’s done quietly. The best rule is that the colors blend nicely and complement each other. You can get away with a lot of pattern work if you do that well.”

Her Vanguard nightstands are turquoise with gold accents, and the blue-green color makes an appearance in an area rug. Thompson’s cats don’t really care about the colors, they just love that the rug is super soft, and you’ll often see them rolling around on it.

Thompson found lampshades — one with butterflies and the other with birds — that are far more interesting than plain white shades.

In the primary bath, her builder, Carnegie Homes, used great-looking tile, so nothing needed to be updated, but they did add some art, a zebra skin rug and a bench covered with Mongolian lamb fur.

For the guest bedroom, Thompson went all in on pink, painting the walls a vibrant lipstick pink and finding an upholstered bed with pink fabric. More pink comes in the pillows that are piled onto a light gray comforter, and there’s an orange Ghost chair in one corner.

For art, they framed a rectangle of the wallpaper they used in the bathroom, a black and white floral design with occasional pops of pink and yellow that looks great with a vanity painted navy blue.

On the top floor, which they finished last, Thompson and O’Brien worked to create the feel of an entertaining lounge, albeit a bright and cheerful one. Most of the walls are painted lemon yellow, and they found blue fabric for a sofa and for a quartet of chairs that sit around a poker table that doubles as an air hockey game.

There’s a rug made of different colored pompoms in front of the wet bar. Near the poker table, there’s a niche with floating shelves painted royal blue, bright pink and lime green. In the seating area — with the blue rug and sofa — are chairs in pink and lime green velvet and a bright blue chandelier.

“This is where we let the color fly even more and integrated more of the rainbow,” Thompson said proudly. “This room screams ‘fun.’ Any time I’ve had friends with kids over, they love this room. They want to live in the space with the color.” 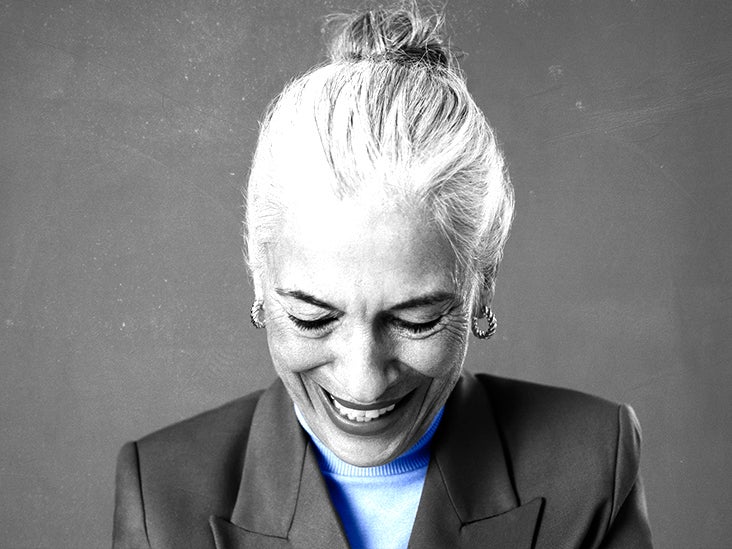