This is a tremendous milestone for Window World, and we’re proud of our franchisees and customers who helped make this possible.

Window World®, America’s largest replacement window and exterior remodeling company, is excited to reveal the sale of its 21 millionth window.

Window World has sold and installed more than one million residential replacement windows each year for the last 12 years. Reaching the milestone of 21 million windows sold proves that satisfied clients are returning and recommending Window World to their friends and neighbors.

“This is a tremendous milestone for Window World, and we’re proud of our franchisees and customers who helped make this possible,” says Window World Chairman and CEO Tammy Whitworth. “We’re fortunate to have an incredible network of franchisees across the country who are dedicated to helping make our customers’ homes safer, more energy-efficient and more beautiful.”

Window World started as a small roadside stand in 1995 and has since grown to a national franchise with 225 locations in 48 states.

Window World recently ranked No. 384 in Entrepreneur magazine’s Franchise 500®, the world’s first, best and most comprehensive franchise ranking. It marks the third year in a row the company was named to the prestigious list for its outstanding performance in areas including unit growth, financial strength and stability, and brand power.

Window World®, headquartered in North Wilkesboro, N.C., is America’s largest replacement window and exterior remodeling company, with more than 200 locally owned franchises nationwide. Founded in 1995, the company sells and installs windows, siding, doors, and other exterior products, with over 21 million windows sold to date. Window World is an ENERGY STAR® partner, and its windows, vinyl siding, and Therma-Tru doors have all earned the Good Housekeeping Seal. Through its charitable foundation, Window World Cares®, Window World and its franchisees provide funding for St. Jude Children’s Research Hospital®. Since its inception in 2008, the foundation has raised over $13 million for St. Jude. Window World also supports veterans and the military through its Window World Military Initiative (WWMI). WWMI defines Window World’s commitment to honor and serve America’s veterans, active military, and military families across the entire franchise system by focusing on three pillars: Careers, Community Outreach, and Partnerships. The Veterans Airlift Command has been a partner since 2008. During that time, Window World has contributed over $2.5 million in flights and donations to the organization. For more information, visit WindowWorld.com or call 1-800 NEXTWINDOW. For home improvement and energy efficiency tips, décor ideas, and more, follow Window World on Facebook and Twitter.

Fri Mar 18 , 2022
After years of delays, the Andrew Johnson Building’s future appears to be moving forward with a return to its hotel and music roots. KNOXVILLE, Tenn. — It’s been several years since developers proposed turning the historic Andrew Johnson Building in downtown Knoxville back into a boutique hotel space. After several […] 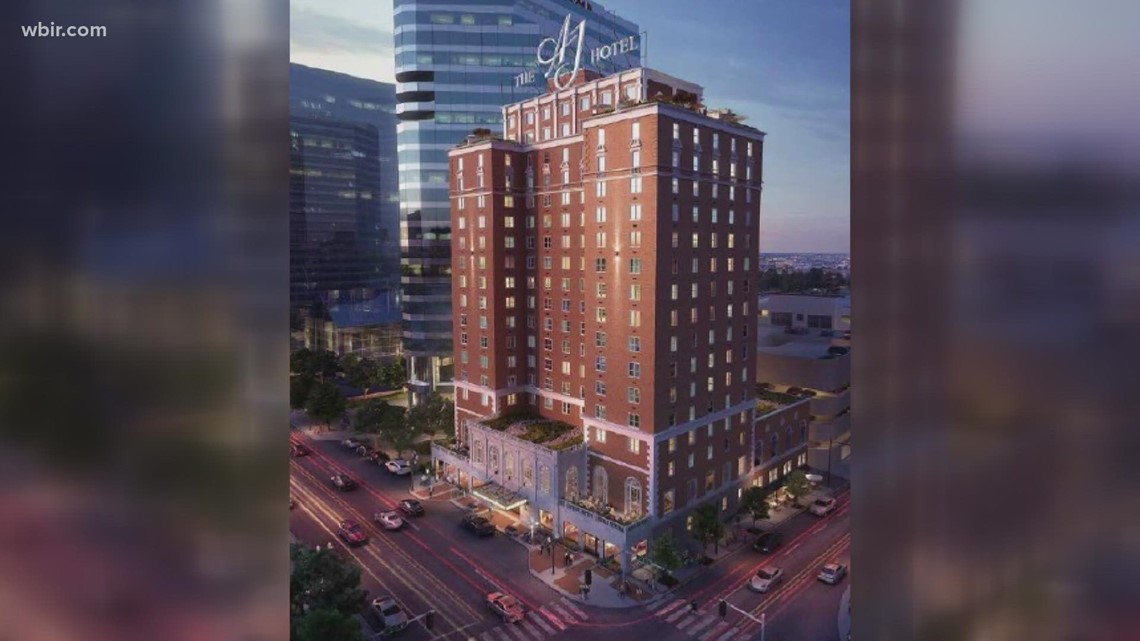