The Windham Region No Freeze Project provides shelter and services for the area homeless.

WINDHAM, Conn. — For years, the Windham Region No Freeze Project has, in a sense, been homeless itself.

That will soon change. Thanks to a large donation, the project, which has rented space over the years, is on its way to owning a building.

This spring the organization will take ownership of the office building at 433 Valley St. in Willimantic thanks to a $275,000 donation from the Lester E. and Phyllis M. Foster Foundation.

“We’ve had to move a lot, we, we’ve always rented space or borrowed space,” said Avery Lenhart, executive director of the No Freeze Project. “We’re almost as transient as the population that we serve. And so, having a permanent home is wonderful for a homeless shelter.”

The foundation’s executive director, David Foster, said the donation was made in honor of Elsa M. Núñez, president of Eastern Connecticut State University.

“Dr. Núñez and Eastern have done so much to help people experiencing homelessness over the years,” said Foster.

He said the Eastern administration has supported the organization, so it’s important that the organization honor that commitment. The donation will be presented at the Shaboo Festival at Jillson Square on June 11. Foster, a music producer and promoter, is the former owner of the famous Shaboo Inn in Willimantic.

“Certain nonprofits like homeless shelters and food pantries, they’re not money-making nonprofits in any way, shape, or form,” explained Foster. “So, what I what I tried to do is alleviate their fixed costs, which is, you know, which is what they don’t need to be spending countless hours in the timeline every single month to figure out how to pay a mortgage.”

Purchasing the building will allow the center to adapt the new space to address the needs of the population they serve, according to Lenhart.

The center provides emergency shelter for 100 to 200 people. It also serves thousands of people who need housing assistance, hygiene services, warming and cooling spaces. The new building is located adjacent to Windham Hospital and several blocks away from the Covenant Soup Kitchen.

“Most of our population is from the Windham area. So, there are some people that come to us from the towns around Windham, which are very rural, there’s no shelter in those spaces,” said Lenhart.

As the eviction moratorium, in place due to the pandemic, has been lifted, she said they are starting to see a big increase in the number of people they serve. In addition, she said many more are calling to say they are in the process of eviction and need to find a place to go shelter or another housing situation.

The organization provides support services for people in need, directing them to assistance programs in addition to providing shelter.

Doug Stewart is a digital content producer at FOX61 News. He can be reached at [email protected].

Have a story idea or something on your mind you want to share? We want to hear from you! Email us at [email protected]

HERE ARE MORE WAYS TO GET FOX61 NEWS

Stream Live on ROKU: Add the channel from the ROKU store or by searching FOX61.

Wed Feb 9 , 2022
A few short weeks ago we told you in a blog post that, with only four days’ notice, the Departments of Labor, Treasury, and HHS (the Departments) required that, starting January 15, 2022, group health plans cover FDA-approved over-the-counter (OTC) at-home COVID-19 tests without participant cost-sharing, preauthorization, or medical management, regardless of […] 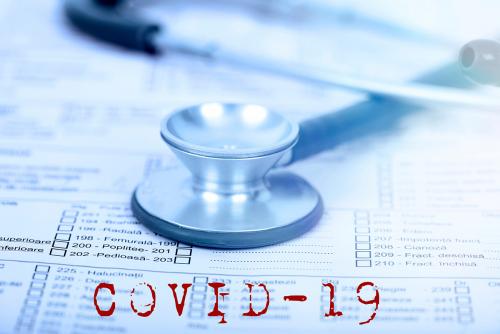