A small but growing number of Ukrainians living in Britain are making plans to go back to their homeland to fight the Russian army if its invasion of the country escalates, community leaders have said.

They said Ukrainian expats, including veterans of the war with Russia since 2014, would take up arms to defend the country in response to the buildup of Russian troops along and inside eastern Ukraine’s borders.

Wolodymyr Pawluk, chair of the Association of Ukrainians in Great Britain, said many military veterans living in Britain were thinking of going back, with a minority having already decided to do so.

“In London, I can only say a handful have said that they will go back,” said Pawluk, 58. “There are many more that I’ve also heard will go, although I don’t know them personally.”

Marta Mulyak, the head of the London branch of Plast National Scout Organisation of Ukraine, said: “I do hear men who live not only here but in other European countries saying: ‘Well, if it comes to war, we want to go there. We want to be part of that defence.’”

Mulyak, 39, who stressed that the scouting movement was not involved in these plans, added: “The reality is that no one except Ukrainians will defend Ukrainian land.”

She said some of her friends and family members in Ukraine’s eastern region had recently joined a new territorial defence force set up by the government in January, whose civilian members will help to combat Russian troops.

Olesya Khromeychuk, director of cultural centre the Ukrainian Institute London, also said she expected her friends in Ukraine to join the territorial defence force, adding that some of the artists she has worked with spent last weekend tidying up a bomb shelter.

The historian added that the escalation of hostilities had brought back painful memories of family loss.

“Just imagining what sort of bloodshed this is likely to cause is awful. I lost my brother, who was serving in the Ukrainian armed forces, at the frontline in 2017. Volodya was 42 when he was killed by shrapnel in the Luhansk region. He lived in western Europe but moved back to join up.”

Khromeychuk, 38, who wrote about her brother’s death in her recently published book, A Loss, added: “It’s been a tough few months, because I had to remind everybody that we’ve been in this for eight years. Thousands of people have died. I was really hoping that this would become a matter for memoirs, not for news stories. But that’s not going be the case for some time.”

Like many others in the Ukrainian diaspora, Tetyana Vovnyanko, who lives in London, is anxiously monitoring the threat to her family.

Vovnyanko, 48, said her brother and most of her other relatives live near Uman, a city between Kyiv and Odessa, which she has heard is a possible target for Russian occupation.

She added: “This morning [Tuesday], I spoke with them, and I listened to the Ukrainian analytics, and they said that one of the possible strikes and plans, which Putin has in his mind, will be for the invasion to have Kyiv under Russian troops’ control, and possibly they will be moving towards the town where my family lives. That made me very anxious and nervous.”

Vovnyanko, co-founder of British-Ukrainian Aid, which supports people suffering from the armed conflict and humanitarian crisis in Ukraine, said the charity might now pivot towards providing medical supplies and warm clothing to territorial defence forces. “If there will be a battle or invasion, they will be helping out the wounded as well.”

Petro Chymera, 32, head of the Ukrainian Youth Association in Bradford, said some members of the local community were preparing contingency plans to help relatives in east Ukraine seek refuge in Western Europe and the UK.

“If there was to be an invasion, there’s that worry and that fear, and contingency plans as to [whether it is] possible to head to the west of Ukraine towards Kyiv, or even further to the EU, or whether they could come over here.”

Musician Peter Solowka, whose band The Ukrainians was formed a year before Ukraine declared independence from the former Soviet Union in 1991, said the country’s culture of resistance would continue amid the worsening hostilities.

The former Wedding Present guitarist, 62, from Oldham, whose father was Ukrainian, said: “The history of Ukrainian culture and music refers to people fighting against oppression. People going off to fight and you cry as you leave your family because you might not come back.

“It’s not going to go away just because some tanks turn up in the capital city. There’s been hundreds of years of this culture surviving that sort of thing.”

Need for affordable housing runs up against Utah zoning laws

Sun Feb 27 , 2022
SALT LAKE CITY (AP) — A growing chorus of experts say middle housing, a class of multifamily housing options that falls between single-family homes and large apartment complexes, is a vital instrument in the fight against unaffordable housing. But middle housing has a big problem: Zoning in most residential areas […] 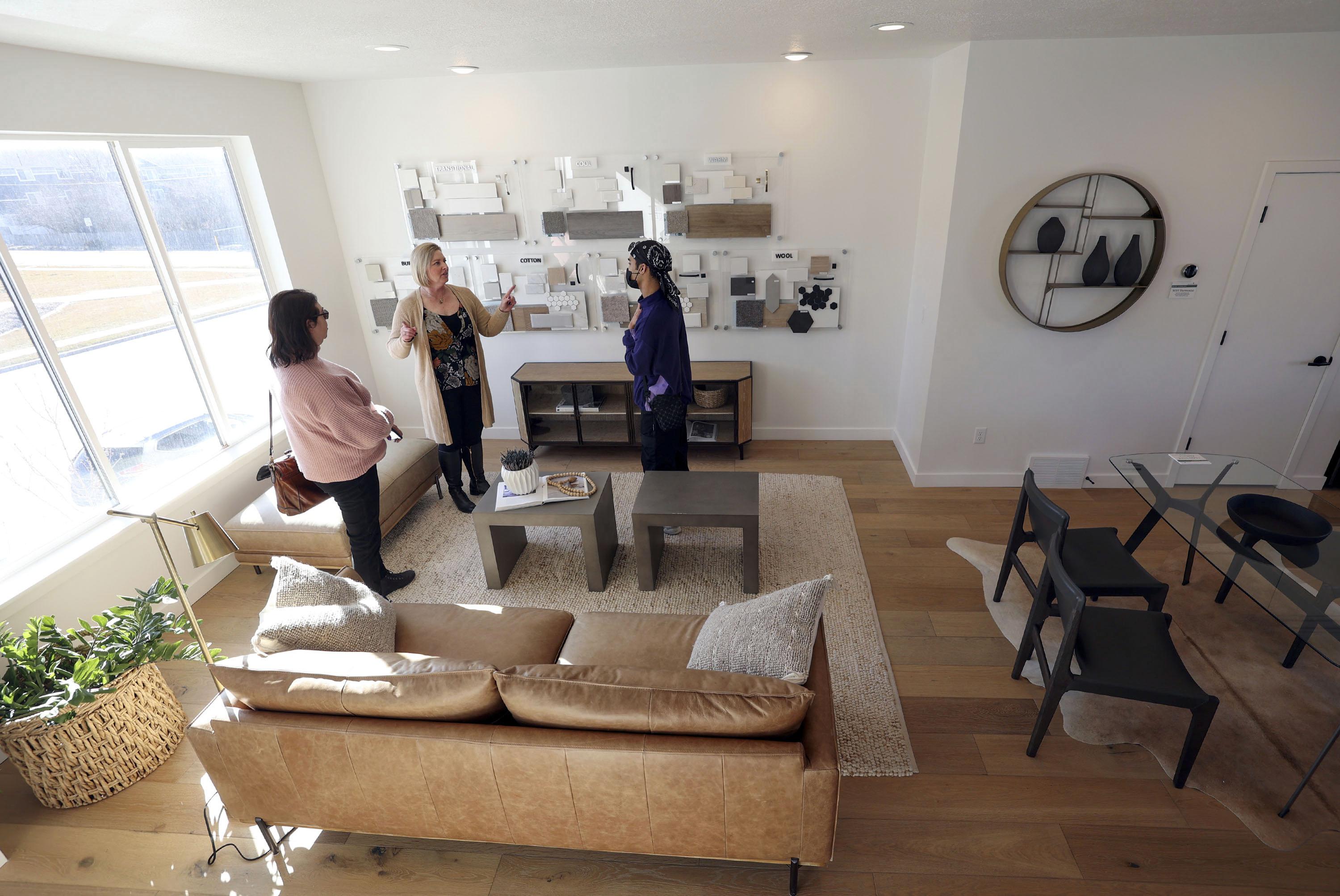