Winter Olympics – Today at the Games

Can Scottish curlers Jen Dodds and Bruce Mouat turn their world mixed doubles title into an Olympic gold medal? Will Lancastrian skier Dave Ryding grab the men’s slalom gold? Let the Winter Olympic Games 2022 begin. After the opening ceremony at 11.30am on BBC One, turn to the highlights show on BBC Two at 7pm. Clare Balding will be hosting from the Beijing event over the next two weeks, along with Hazel Irvine, Jeanette Kwakye, Ayo Akinwolere and JJ Chalmers. Hollie Richardson

Your Garden Made Perfect

Home improvement tips with a dash of therapy. Tonight’s focus is Steph, a recently divorced yoga teacher from Lancashire, who sees her garden as symbolising a new start. Can Pip or Manoj utilise her space and, as host Angela Scanlon grandly puts it, help her “hit the reset button on her life”? Phil Harrison

There are worse places to go to rehab than sunny Saint Marie, but the experience ends badly for one young UK pop star. Was her death a tragic accident or something more sinister? Dogged DI Neville (Ralf Little) is on the case, even if the arrival of his chaotic sister Izzy (Kate O’Flynn) upsets his usual humdrum routine. Graeme Virtue

A Discovery of Witches

Mysterious vampire Benjamin has a distraction from his mission to ruin the De Clemonts when Lena the fire-touting witch escapes his clutches. Meanwhile, it all kicks off at the twins’ christening, when proud parents Matthew and Diana are rudely interrupted by Baldwin announcing his plan to take the babies to Venice. Hannah Verdier

A firm favourite fixture on Friday night telly, Adam Hills, Josh Widdicombe and Alex Brooker are back to review the last seven days of news with their own brand of no-holds-barred wit. HR

True History of the Kelly Gang (Justin Kurzel, 2019), 11.20pm, Film4
Justin Kurzel’s impressionistic period adventure takes on Peter Carey’s Booker prize-winning novel about Australia’s near-mythical antihero, Ned Kelly, and makes a good fist of the attempt. George MacKay plays Ned, whose hardscrabble upbringing in a poor Irish immigrant family leads him inexorably into criminality – events he writes down in an effort to keep control of his own narrative. Essie Davis is a fierce presence as Ned’s mother, Ellen, while Russell Crowe has a nice cameo as Harry Power, Ned’s mentor in the ways of the bushranger. Simon Wardell

Winter Olympics 12.25am, BBC One. Coverage of the first full day from China, including women’s slope-style qualifying and women’s ice-hockey.

Sat Feb 5 , 2022
Bhausaheb Kanchan is a Maharashtra-based farmer who owns a 3-acre ancestral plot Uruli Kanchan. Here, he has planted fruit bearing trees such as coconut, jamun, gooseberry, custard apple, tamarind, chikoo, and banana on two acres. On the remaining, he maintains a grape vineyard. Having always worked on a farm, Bhausaheb […] 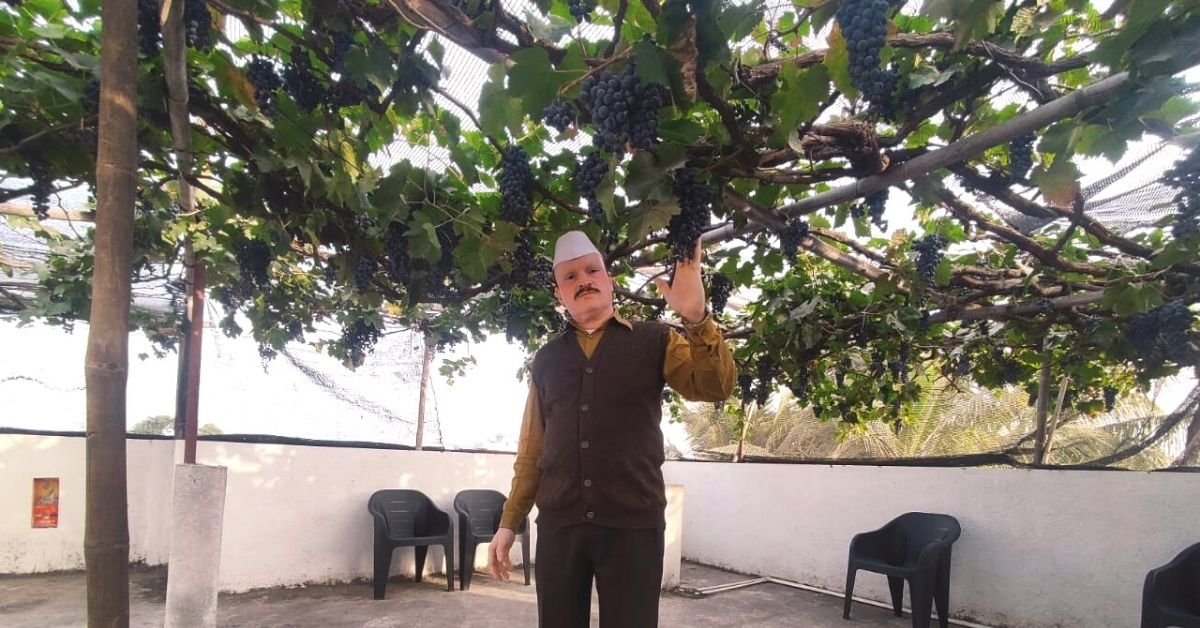