(CNN) — Anyone with a bird feeder — or a cat — knows that watching the avian world go about its business can be mesmerizing. Now imagine being right at the center of the action in a spherical room suspended among the trees, covered in 350 birdhouses.

That’s what Treehotel, a hotel in Sweden’s Lapland made up of some of the world’s most eye-catching tree houses, is offering with Biosphere — its latest “room.”

Couple and co-owners Kent and Britta Lindvall created Treehotel in 2010 with modern design and the environment in mind. Partnering with multiple Scandinavian designers, Treehotel’s initial rooms varied widely in design, from the reflective Mirror Cube to the branch-filled Bird’s Nest.

Continuing that trend with its eighth installment, Treehotel collaborated with architects and designers from Bjarke Ingels Group, also known as BIG, alongside local bird experts, to create Biosphere.

Birdwatchers can enjoy the sights from the comfort of their Biosphere room.

Accessed via suspended footbridge, visitors can enjoy the 34-square-meter suite’s black and gray-accented interiors while gazing out floor, wall and ceiling windows at their winged neighbors.

For those wanting an even higher view of the forest and Luleå River, Biosphere includes a roof terrace with a 360-degree vista.

Located in the northern Swedish village of Harads, Treehotel is just over an hour’s car drive from Luleå airport. Luleå is roughly an hour’s flight from Stockholm.

The Biosphere is covered in birdhouses for many kinds of birds in northern Sweden.

Biosphere’s facades hold 350 bird houses, accommodating birds of many sizes from Western jackdaws and common redstarts to teeny gray-headed chickadees. There are also houses for bees and bats.

Ulf Ӧhman, ornithologist and chairman of the Norrbotten County Ornithological Association, worked on the project. Ӧhman explained in a press release that forestry and climate change have contributed to the decrease of several local bird populations, and the bird nests surrounding Biosphere could stem those losses.

“Demonstrating the use of bird nests and feeding, not just at the Treehotel but for people to install near their own homes, is valuable. An initiative from Treehotel to take such measures may inspire their visitors to do the same,” Ӧhman said.

And in case you’re wondering, the birds don’t drop where they nest, according to Ӧhman, so dirty windows shouldn’t be an issue.

João Albuquerque, one of Biosphere’s architects and a partner at BIG, described the goal of the project as integrating the environment into the building.

Visitors can see birds up close from inside the Biosphere hotel room.

“We designed our addition to the Treehotel — the Biosphere — to create a unique experience for hotel guests, which takes inspiration from the qualities of the surrounding forest and absorbs them into the interior,” Albuquerque said in a press release.

“The ecological response is the driver behind the architectural expression, helping to create a positive environmental impact.”

For more luxury architectural wonders in Sweden, check out this floating hotel.

Thu Mar 10 , 2022
PINE PLAINS, N.Y. — It’s a fantasy many New Yorkers share: Move upstate, restore an old house, escape the noise of the city. But Clare de Boer, who will open her first solo restaurant, Stissing House, on Thursday, knows this isn’t some romantic endeavor. “It’s cute until you sign the […] 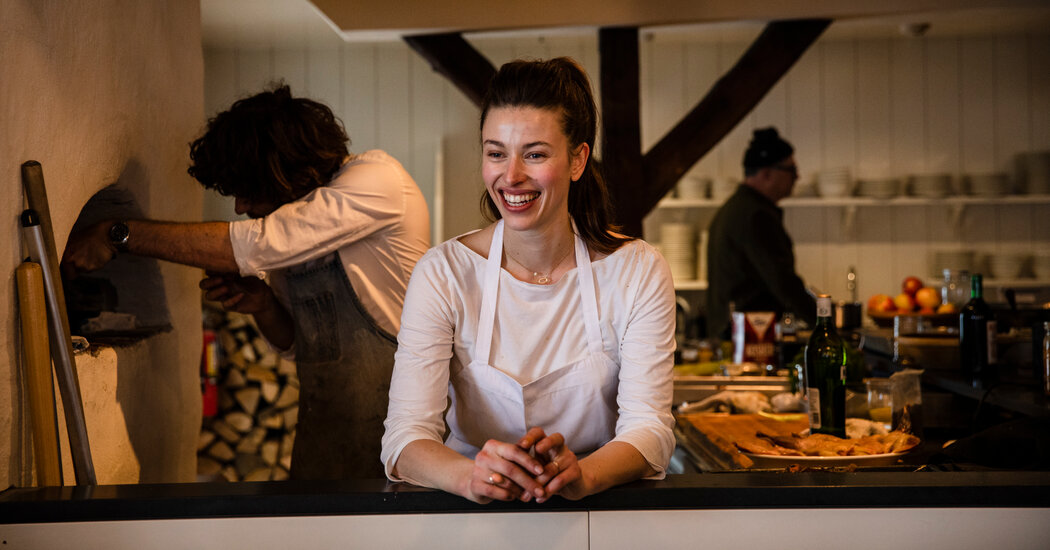