As avid gardeners, David Arthur Bachrach and Sheila Lins were eager to spruce up the foliage at their rental in Carroll Gardens, Brooklyn. The couple had relinquished their studio apartments during the early pandemic days and assumed a new lease on the $3,400-a-month duplex when it was vacated by Ms. Lins’s daughter and her family, who had decamped to a house in Connecticut.

“The garden was a mess, so we wanted to fix it,” Ms. Lins said. They planted and pruned, and even tried to revive a dying tree. “This garden was so amazing, you couldn’t even measure.”

The landlord, however, refused to allow them to hire an arborist to remove dead limbs, even at their own expense, giving them a “cockamamie story about the family not wanting anyone to make improvements,” Mr. Bachrach said.

Then they were told that their lease wouldn’t be renewed. They had exactly three and a half months to move.

[Did you recently buy or rent a home in the New York metro area? We want to hear from you. Email: [email protected]]

During the pandemic — which forced them to postpone their wedding — Mr. Bachrach, 69, an actor and singer, found himself furloughed from his day job at a law firm. Ms. Lins, 62, a native of Brazil, works as a financial analyst at the Brazilian Embassy.

The two didn’t want to rent again — Mr. Bachrach had had too many bad experiences with landlords. He had also lived in a small, self-managed co-op in Prospect Heights, Brooklyn, with his first wife, where the treasurer pocketed the monthly maintenance, sparking a messy court case.

The couple learned they would be unable to meet typical co-op financial requirements, including the debt-to-income ratio. “It didn’t matter what kind of assets I might have,” Mr. Bachrach said. Besides, there was no time for the unpredictable co-op application process, so they knew that their best option was a condominium.

With a budget of just over $1 million, the couple sought two bedrooms and two bathrooms, so Ms. Lins’s relatives could comfortably visit. And a garden was a must. “We needed some form of outdoor space in order to support our plant habit,” Mr. Bachrach said.

At first, they thought anyplace near a subway would do, but only when they rode the train did they see how far from Manhattan some places were. “I am assuming my acting career will get going again, and I didn’t want to commute an hour each way to get to auditions,” Mr. Bachrach said.

Online, they filled out endless forms and found a real estate agent, Tara Partovi, then at Brown Harris Stevens and now at Corcoran.

Among their two-bedroom, two-bathroom options:

Find out what happened next by answering these two questions:

Fri Jun 3 , 2022
This article is part of our Design special report previewing 2022 Milan Design Week. Three years after its last full-scale event, Salone del Mobile.Milano, or the Milan Furniture Fair, returns in its 60th iteration. Over the decades, Salone, which is widely judged to be the world’s pre-eminent design fair, has […] 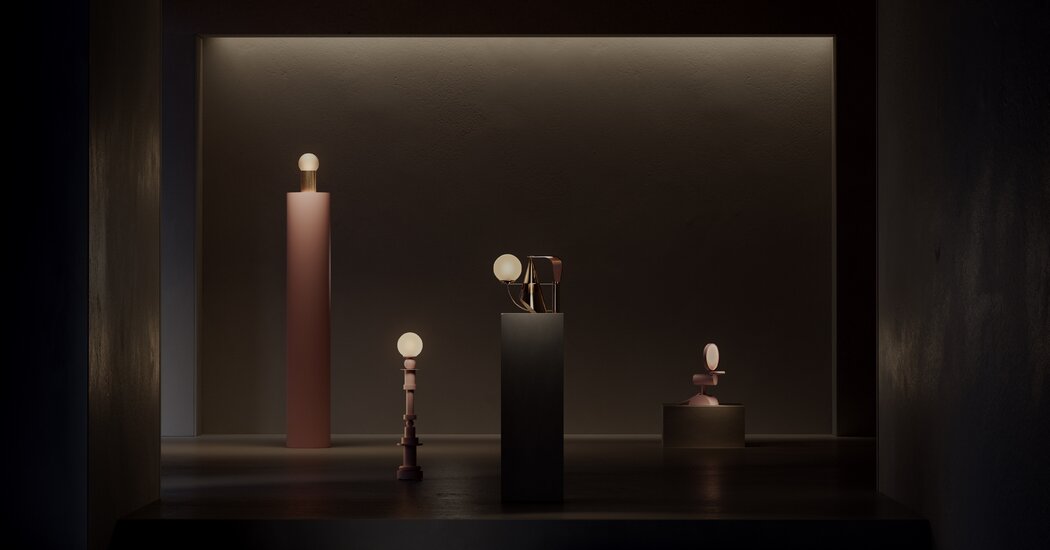