Space-saving innovations are nothing new—Murphy beds, folding desks, integrated storage, and multitasking furnishings have long been staples of tiny home design. Recently, however, Spanish architecture practice Enorme Studio has combined all these elements with robotics to create Beyome, a new system for flexible living in tight urban spaces.

Enorme Studio began experimenting with mobile furniture in small apartment renovations more than five years ago, and the team quickly began to think about how the same concept could be applied at a larger scale. Two years ago, they approached Spanish construction company Project Consortium to develop a robotic system capable of transforming interior architecture at at moment’s notice.

“We are living at a time when there is a lack of space in all major cities,” says Enorme Studio cofounder Carmelo Rodriguez. “Our apartments are getting smaller and more expensive, so we need systems that help us to optimize the space. Our main slogan is: ‘Living Big in Flexible Spaces.’”

The system comprises a series of rotating and sliding walls, which can be thought of as enormous pieces of furniture. The partitions can be moved, either robotically or manually, to divide the interior into different configurations, or pushed to the perimeter to completely open the space up. Various functional elements—such as Murphy beds, folding desks, and dining tables—are integrated into each piece.

“The robotic Beyome system can be activated using a mobile phone app and even linked to voice assistants like Alexa,” says Rodriguez. “With a simple order, you can transform a two-bedroom home into a loft where 80% of the space is a large party room.”

Of course, this all comes at a cost. Rodriguez estimates that renovating an apartment using the Beyome system would cost 25% to 50% more than a conventional renovation. Yet, he is adamant that the system has the potential to add value to a property, and he believes it will prove popular with three different types of clients: renters who want to improve the performance of their space, homeowners who want to also add value to their home, and developers who want to make small spaces more habitable.

“The system improves quality of life for people, whether they own or rent their home,” he says. “It allows you to double the surface of a house or apartment, thus increasing its value.” He does concede that one of the biggest challenges the company faces is that “the world of real estate is often conservative.”

While the idea of a home that can transform at the flick of a switch is alluring, the everyday practicalities of doing so raise questions around how often the technology would actually be employed. There has, however, already been interest. Beyome has completed several private projects for homeowners, and the firm is currently working with several investment funds to install the system in build-to-rent apartments and various coliving spaces.

Tue May 10 , 2022
The international furniture brand, Poltrona Frau, is taking a 19,000-square-foot leap uptown. The brand will leave Soho and join other contemporary furniture designers in the district along Madison Avenue with a three-level spot at the northeast corner of East 34th Street. The modern flagship retail space at 181 Madison Ave. has soaring […] 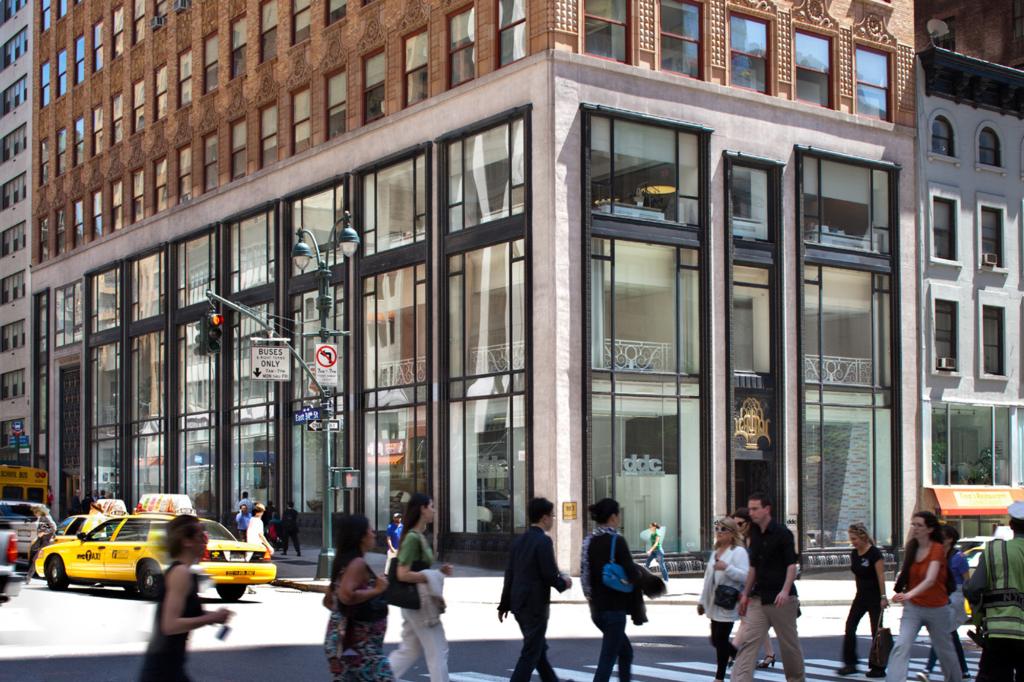