On June 11, when 31 design and decorative arts rooms open as part of the National Museum of Art, Architecture and Design, Oslo’s new 13,000-square-metre, harbourside museum, they will form one of the largest displays dedicated to design in northern Europe. The curators have a complex story to tell, not only of tradition but also of the future.

Seven of the rooms will be dedicated to design from 1900 to the present. Around 2,000 items will be on display. The museum’s design curators want to move beyond the usual displays of mid-century furniture and promotional posters that visitors have come to expect from design museums everywhere. Their message is that Nordic design is socially, culturally and technologically relevant today.

Some of the most illuminating displays in Oslo will focus on design from recent decades, an era when those working in everything from furniture and fashion to product design responded at speed to relentless technological change. Consumer tech design in northern Europe was particularly strong. Finland’s Nokia and Sweden’s Ericsson, for example, produced some of the most innovative handsets of the pre-smartphone era. Nokia had its own design department under Eero Miettienen, the Finnish industrial designer, between 1998 and 2009. The company introduced one of the first widely available camera phones, the 7650, in 2001 — six years before Apple’s first iPhone.

Assembling the design rooms has taken seven years. (The opening itself has been delayed several times.) Denise Hagströmer, senior curator at the museum and a design historian, started with 50,000 design and craft objects from the city’s former Museum of Decorative Arts and Design — one of several city institutions that closed in the past decade to make way for the new national museum. The museum’s overarching brief is to house artworks for centuries, but Hagströmer also wanted to show how modern Nordic design, and technology in particular, has influenced the rest of the world.

Her first job was to bring the old permanent collection, made up of mostly traditional objects such as fine porcelain, fragile antique textiles and silverware, up to date. About a third of the displays will be new acquisitions, some of which are furniture, fashion and textiles. “Crafts have always been strong in the collection,” says Hagströmer. “But there has not been the same kind of attention paid to industrial, graphic and digital design. I did not want to just put an object on a plinth, because there is a difference between a showroom and a museum. Any museum has to develop its approach to exhibiting.” She points out that, traditionally, the purpose of a design museum was to define good taste, but in the technological age their purpose is less clear. “Today, you might ask yourself what on earth the role of a design museum should be.”

Part of the answer lies in showcasing technology. But Hagströmer stresses that does not mean vitrines full of mobile phones and chunky plastic laptops. Good technological design is increasingly intangible — nowadays, with our reliance on smartphones, “design” is about tactile user experience, haptics and interactivity — and displaying it in a way that explains its ingenuity is a perpetual challenge for curators.

A two-part room called From Product to Service explores the relationships between tangible and abstract design. It starts with a new acquisition: the complete workshops and studios of Terje Ekstrøm, the Norwegian designer best known for his futuristic 1970s Ekstrem chair — a conceptual piece that presaged the digital age, in that it looks something like a tangle of primary-coloured wires within a circuit board. (It is surprisingly comfortable.)

The Ekstrøm exhibits sit alongside a new conceptual work called Orchestrated Experience, an installation commissioned from London-based Norwegian studio Hunting & Narud. Hagströmer describes it as “design that is immaterial — when you make an appointment with your GP, or when you order food online. These systems are service design — and there is art to them.”

Screen Time will be a gallery displaying digital graphic design. It explains perhaps the most instantly recognisable (at least to those visitors who were around in the 1980s) example of “rotoscoping” — a video technique that creates animation on top of live-action footage to enhance naturalistic movement. A vast screen will immerse visitors in the 1985 promotional video for “Take On Me”, the Norwegian pop trio A-ha’s hit single.

There is hardware, too. Offshore industrial design such as deep-sea robots, for example and meditations on pylons in landscapes. A star exhibit is AV1, a contemporary robot designed by No Isolation, a Norwegian company, to be the classroom eyes and ears of children sick at home or in hospital. (It is an example of so-called “warm technology”, a discipline that focuses on improving the quality of users’ lives rather than abstract systems.)

Hagströmer has also brought in Norwegian specialities in other disciplines: fanzines, flyers and record covers relating to youth subcultures such as black metal, for example. When building the collection, she scoured record shops for album artwork by bands including Mayhem. “I found records in an Oslo shop called Neseblod, which translates as Nosebleed,” she says.

Chairs are a northern European design preoccupation (the Designmuseum in Copenhagen, which is about to reopen after a revamp, has illuminated walk-through tunnels full of them). The Oslo museum has commissioned its own new chair design, by Andreas Engesvik, for use in the museum’s public spaces. The sleek blond-wood chair, called the Portrait, manufactured by Herman Miller, is intended to “embody the essence of Norway”.

There were plenty of existing chairs from the mid-century Nordic design heyday in the permanent collection. But the new museum’s design curators have gone one further: chairs that express a Nordic fascination with technology and engineering. There are, for example, the millennium-era, swing-like structures in neon by Peter Opsvik, the Norwegian industrial designer (best known for the Stokke Tripp Trapp wooden high chair for babies, a noughties ubiquity), and yet more chairs by the influential design group Norway Says, founded in 2002.

Hagströmer, who is Swedish-American, says her priority is to explain how Nordic design relates to the rest of the world: independent-minded and with vitality, but also with global appeal.

Major museum openings are rare, and Oslo’s National Museum, which has cost more than £500mn, has been long anticipated. It will be similar in size to the National Gallery in London, and larger than the Rijksmuseum in Amsterdam. Hagströmer says a major curatorial influence has been London’s Victoria and Albert Museum. “We call it the mothership,” she says.

Design is sometimes regarded as less worthy of attention and resources than fine art, possibly because of its ubiquity and practicality. But the new National Museum takes it very seriously. Among its first big-name exhibitions will be a solo show by Grayson Perry, the British artist, that will include ceramics, sculptures, tapestries and embroideries.

The Nordic region is made up of five countries: Norway, Sweden, Denmark, Finland and Iceland, but its design industries share aesthetic elements and some heritage. But what characterises a Nordic designer? “Designers and museums communicate with each other across borders and that is reflected in the collection,” says Hagströmer. “It is, perhaps, a collaborative perspective.”

She hopes that in these new galleries, exemplary design will be more than just a prescription for good taste and gracious living. The purpose is to bring it to life, with the best of modern ingenuity.

House Hunting in the Netherlands: A Villa With Eyelashes in Rotterdam 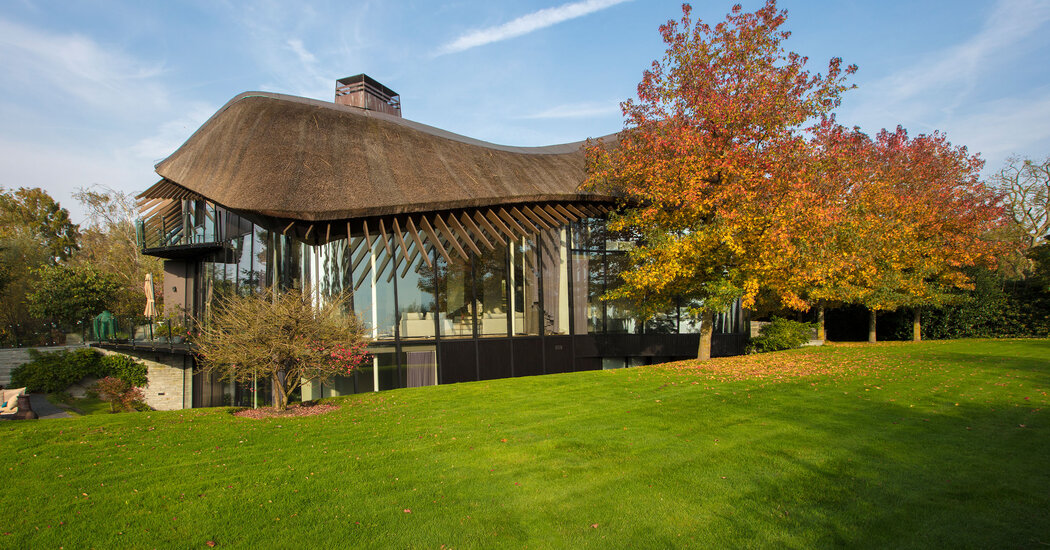