After years of delays, the Andrew Johnson Building’s future appears to be moving forward with a return to its hotel and music roots.

KNOXVILLE, Tenn. — It’s been several years since developers proposed turning the historic Andrew Johnson Building in downtown Knoxville back into a boutique hotel space. After several setbacks and delays between Knox County and the developers, the future of the building is starting to take shape — with a few changes from the original 2017 plans.

Developer BNA Associates submitted plans to the county with a slightly new vision for the A.J. Building, one that it hopes to finally put into action soon.

Originally, the plan was to transform the building into a boutique hotel with micro-apartments that would be converted into hotel rooms after a few years. Now, the developers are proposing dropping the apartments from the plan and moving forward with turning the building back into a true boutique hotel and live music venue, calling it the “Hotel AMERICANA.”

In the project summary provided to the county, the new plans show BNA would redevelop the building into a 17-floor hotel with 143 rooms and suites with kitchenettes. It would also include a rooftop jazz bar, a restaurant and live music venue, a garden bar, retail space, a fitness center, as well as a lobby game lounge with billiards and shuffleboard.

The developers said they want to bring back many of the old features of the A.J. Building during its early history as the Andrew Johnson Hotel, including restoring the original grand staircase design and following the 1920s-era room pattern.

For many years, the second floor has been used as the Knox County School Board meeting room. The developers want to transform that space back into the Supper Club — a live music and dining venue. The developers said the concept is to have a venue for regional entertainment to attract visitors hoping to catch artists performing there.

The room plans would be updated with modern styles and would be built with an extended-stay format in mind, including kitchenettes and living rooms with pull-out sofas.

And then there’s the rooftop jazz bar. The developers said they want to “fill the absence of the once-thriving jazz bar scene in Knoxville” with Ivory’s Jazz Room, which would hold up to 211 people and include bar and performance space, a public outdoor terrace and a private event terrace with views of the city, Tennessee River and Great Smoky Mountains. The hotel would seek to bring in both local and traveling jazz acts.

The developers waited patiently over the past few years as Knox County worked to iron out agreements to move Knox County Schools admin and other county offices out of the A.J. Building — eventually finalizing a move to the TVA East Tower in 2020.

However, the COVID-19 pandemic put a damper on both BNA’s and the county’s plans, and the developer hit a financial snag due to the pandemic devastating the tourism and hotel industries. The developer asked for an extension in late 2020 to ride out the pandemic and secure financing for the hotel, and in April 2021 the commission reluctantly voted in favor of a revised plan to move forward with BNA redeveloping the building without the promise of a hotel — at least initially in order to put the building back on tax rolls.

BNA had planned to close on the property last September, however, there were some delays in the county’s moving process. It appears those delays created an opening for BNA to secure financial backing for what the county really wanted for the property: a hotel to draw in more visitors to the area.

Knox County leaders are now set to take up approving a third and potentially final amendment to the development agreement with BNA during its March 28 County Commission meeting to extend the final closing date by 90 days to June 30, 2022 so they can move everyone out. County leaders said BNA was cooperative with the idea.

Knox County’s Chief Financial Officer Chris Caldwell called the updated plan “spectacular,” saying the change would lead to more jobs and increased revenues. The county has been asked to reevaluate the PILOT plan because of the redevelopment changes and substantially different economic conditions since 2017, which Caldwell said might be brought to the County Commission by April or May.

Live next door to Michael Scott's 'Office' home for $700K

Fri Mar 18 , 2022
Looks like Michael Scott is getting some new neighbors.  A condo located next door to the one featured on “The Office” has hit the market for the first time in nearly a decade, The Post has learned. With the exact same floor plan of that first shown in Season 2, Episode 3 […] 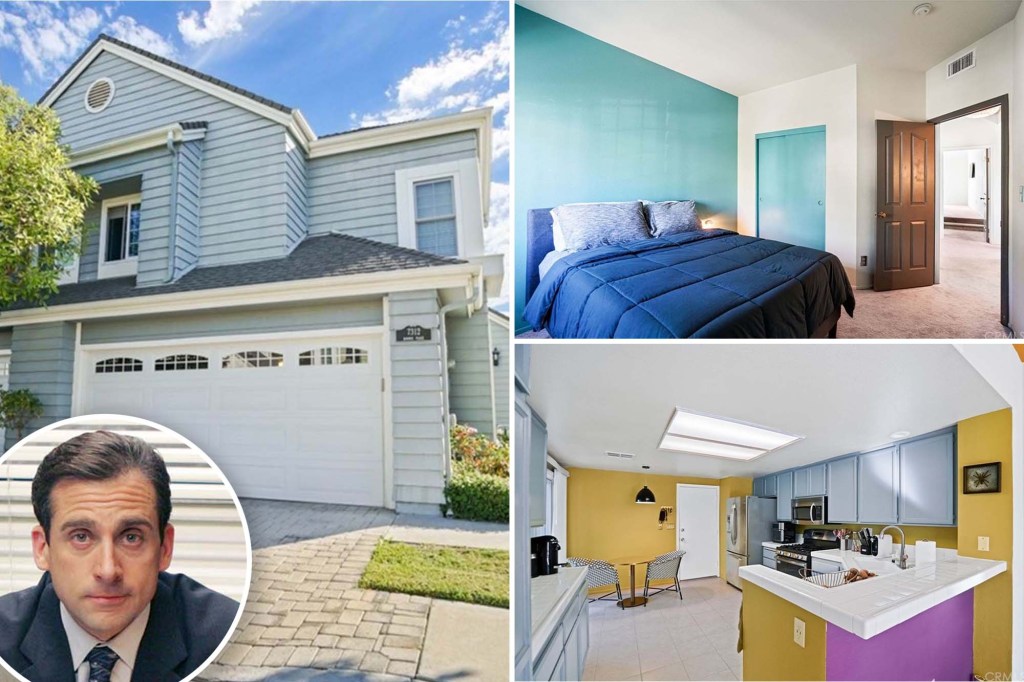