Their guest books are brimming with superlatives and the reviews on Booking.com speak for themselves – there cannot be much wrong with a bed and breakfast business that consistently scores 9.9 with customers (it gets a 10 from couples for a two-person visit), giving it an official classification of “exceptional”.

And that has been the case since partners Petra Coates and Martin Littlefield first launched the B&B, in the heart of the North Lincolnshire countryside, in the autumn of 2016. They were actually looking for a home at the time, as they were planning a move from Swanland, west of Hull, but it suddenly occurred to “people person” Petra that here was a great opportunity to run a business as well.

The couple went on to star in the Channel 4 series Four In A Bed – it pits B&B owners against one another in a competition where they put their reputations on the line by staying at each other’s establishments – which aired in the summer of 2020. Villa Farm Cottage did not win, but the B&B is still voted tops by its visitors from all over the world.

Martin, who works for double glazing and home improvement company EYG, said: “It’s Petra who looks after the B&B mainly, I just help out with breakfasts.” And it is the breakfasts that get mention after mention in the guest reviews, being described as “top notch”, “absolutely delicious” and “always amazing”.

Petra, who originally hails from Gütersloh, in Germany, says she had to be taught how to make a “full English” by Martin, or it was anyone’s guess what visitors might have been served at the breakfast table. “One of our first customers wanted a poached egg and, to be honest, neither of us knew how to do one, so Martin YouTubed it,” admitted Petra.

Martin said one of the most popular elements in their breakfasts is locally-produced sausage. “We get all our sausages from Uncle Henry’s, at Grayingham. People will drive straight there after staying here specifically to go and get some of their sausages.”

The breakfasts include all the trimmings that go into a “good full English”, from black pudding to baked beans, and eggs any way someone likes them, including an omelette, but Petra regrettably has to buy her eggs at the supermarket rather than from any local suppliers because of food hygiene constraints. “Our guests are served first with a fresh fruit salad, yogurts, cereals and toast,” said Petra. “I do bake quite a lot, we have an orchard with plums and apples, so people will normally get a piece of cake as well.”

During the week, Villa Farm Cottage, in a peaceful rural setting outside the hamlet of Thornton Curtis, gets a lot of workers staying, but the B&B attracts holidaying families and couples, and people trying to trace their ancestry in the area, from all over the globe. What started out as a one-bedroom operation has grown to three, after Petra and Martin extended their home, which dates back to about 1750, for the purpose of providing more hospitality.

“At one time, someone wanted to stay for three months and Martin said, we’ll move out of our bedroom, and we never moved back in again.” Writing recently in the guest book, one visitor spoke of enjoying the peace and relaxation, adding: “The stay beats any hotel stay. Very attentive and personal attention.”

Another wrote: “Fantastic B&B, very homely” and a further guest said: “We could not have wished for a better experience in a B&B”. The most popular room is the Cottage Suite, according to Petra, with a log burner that is particularly welcoming in winter and an enviable view from the breakfast table over open countryside.

Villa Farm Cottage has been tastefully furnished and includes items from Petra’s country of birth, such as some chairs that belonged to her parents that were bought in 1962 and still look as good as that day, and a coal bucket that came from the farmhouse where Petra grew up. Another fabulous find is a chair that graces the guests’ upstairs landing that came from the Queen Mary cruise ship when the vessel had a refit and many items were auctioned off, Martin successfully bidding for it.

A particular labour of love for Martin is the summerhouse that the couple created from reclaimed brick and timber during lockdown, a project that brought “bad backs and knees” as well as a lovely garden vantage point, according to Petra. “We would never have had the time to build it if there hadn’t been the pandemic,” said Martin.

As for the elusive 0.1 extra mark that could get them an overall score of 10 on the Booking.com site, Martin said: “We think that’s to do with the location – and there’s nothing we can do about that. There are no street lights and in the winter when it’s dark some people don’t like that.” 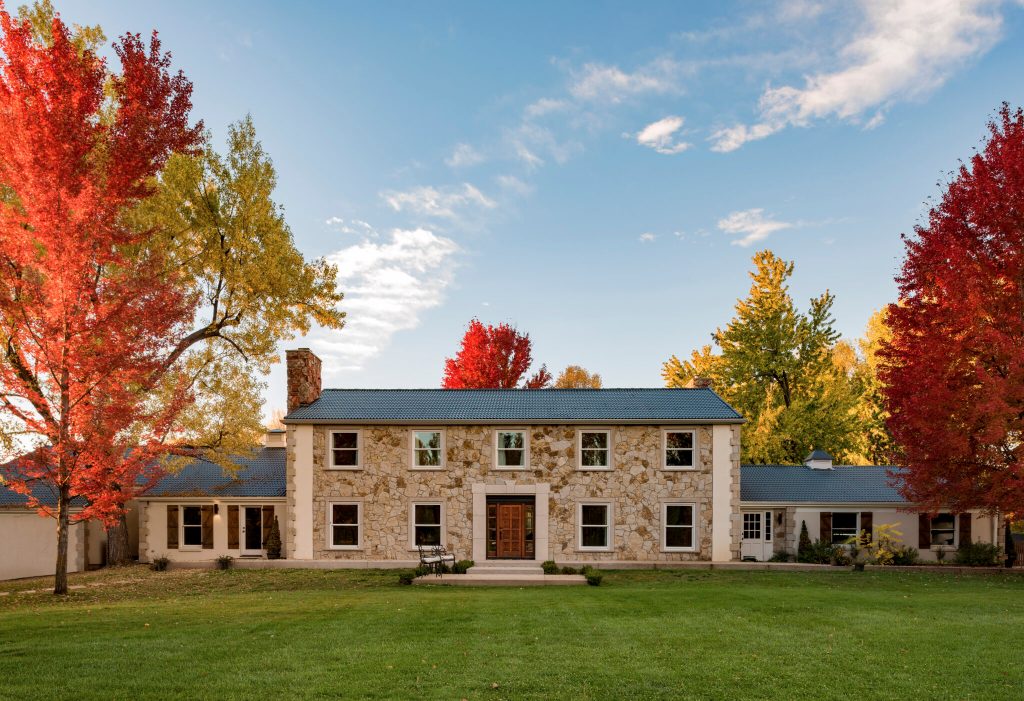