The Friends of Hauberg Civic Center is receiving a $2,000 grant from News 8’s parent company, TEGNA, to help fund work on the carriage house.

ROCK ISLAND, Ill. — The Friends of Hauberg Civic Center is a year and a half into the process of refurbishing the estate’s carriage house. There are plans to use it as a preschool, event space, corporate rental and includes a bar and kitchen.

There are also plans to make a children’s art garden.

The carriage house was previously used for storage, according to Kuntzi. Now, it has been freshly painted, and is receiving new doors, radiators and a boiler.

Kunzti explained that a daycare previously approached the center and proposed using the space as a preschool.

“It’s really kind of out of the box for them,” she said. “It’d be a great program for them. I mean, we have ponds, we have a garden, we have Hauberg field over there that they can play on, there’s a playground over there. It would just be a really neat experience for three to five-year-olds to be able to play on something like this and remember that they came here.”

DCFS will have to inspect the building before a preschool could be run there though, Kuntzi said.

All of the architectural plans are complete for the carriage house, it’s just a matter of implementing them, she added. The Friends of Hauberg Civic Center is receiving a $2,000 grant from News 8’s parent company, TEGNA, and it’s TEGNA grant foundation, to help fund part of this project.

“It’s really hard in the grant world, a lot of times. There’s nonprofits that they come and go, we’re not going anywhere,” Kuntzi said. “Hauberg has always been a community space for Rock Island. And it just keeps getting better and better.”

The estate was almost sold back in 2016, but was saved by the Friends of Hauberg Civic Center. Kuntzi said it’s history that needs to be preserved.

“It’s always been a community place, and it got neglected for a little while, and now it’s not,” she said. “It needed some TLC. And so we’ve been constantly working on those projects, and I mean, it’s a big estate, it needs a lot of money.”

A local family has also recently started an endowment for the center. Kuntzi said the money can be used for any project, whether it’s landscaping, repainting, or whatever else the need is one year.

Kuntzi is hoping to have the carriage house’s first floor refurbishment project done by the summer so events can begin in June. Other work, such as the apartment conversion and terrace gardens, will be ongoing through 2025.

10 Interior Design Trends Going Away In 2022

Sat Jan 1 , 2022
Chic today. Gone tomorrow. Lemieux et Cie 2021 was an interesting year for interior design. We saw lots of new interior design trends including more traditional looks, fluting, and wallpaper everywhere. But many of the styles that were popular in 2021 won’t stay that way for long. 2022 will be […] 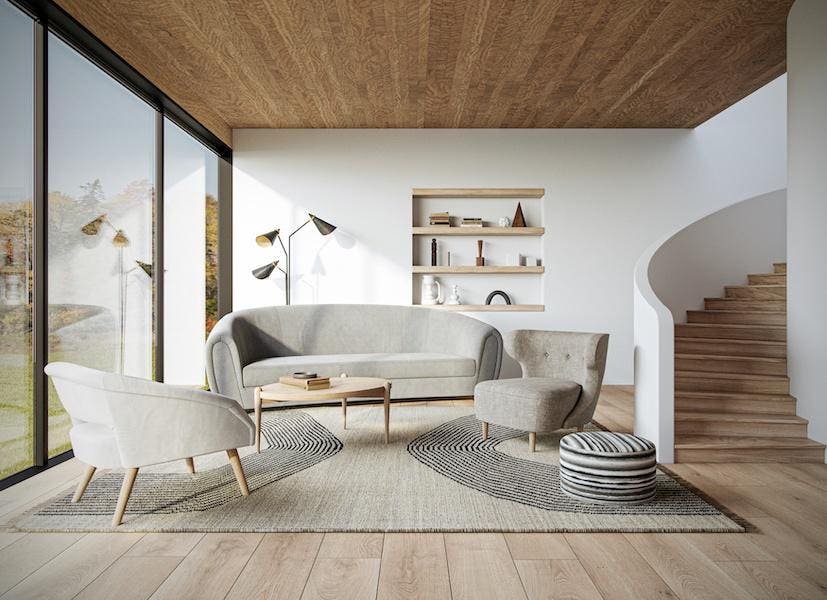