The last time audiences saw the Byers family on Netflix’s “Stranger Things,” they were leaving town. After a lengthy hiatus, the highly anticipated fourth season returns to Netflix on May 27.

This time, the family has been relocated for their safety to Southern California, where they moved from fictional Hawkins, Ind. (actually filmed in Georgia).

In finding the new home, production designer Chris Trujillo thought about building from the ground up, but there was something more special in finding a practical location.

Albuquerque, N.M. subbed for California. Trujillo and his team looked for a “time capsule” house that would show the family had taken a socioeconomic step up, thanks to Dr. Sam Owens (Paul Reiser). An actual house, Trujillo says, meant they could move between inside and outside to make it feel like the family was really in a neighborhood.

Within the Spanish-style home, the production designer wanted to show how each character had developed. “Jonathan has gotten deeper into this hippie, outsider situation,” Trujillo says. “Will is in his room struggling with post-adolescence, and Eleven is trying to be a normal kid, with a bedroom in suburbia.”

As for matriarch Joyce, she has a new job, working from home where she has taken over the living room. “I asked, ‘What would that look like with her doing encyclopedia sales?’” Trujillo says.

The production designer? made sure to infuse a California feel into the decor with warm yellows and golds while asking himself what items they would each have taken with them from Hawkins. Trujillo promises a video store “filled with Easter eggs,” and more of the parallel dimension Upside Down, as well as numerous scenes in Russia, since the new season appears to take place in the same year as the Chernobyl disaster. Audiences also get to see more of the Hawkins National Laboratory, the threatening entity inspired by the Cold War era.

One returning element is the Lab’s Rainbow Room, named for its rainbow mural, where Eleven has previously played with Eight, Nine and other characters. Trujillo enlarged the playroom, revealing the full rainbow mural and how that motif is echoed on the floor as kids play. He expanded on other areas of the Lab, building more hallways and adding closed doors within the clandestine facility.

“It [showed] more of what the rest of the underground program looked like,” says Trujillo, “before it gets to the dark events that we learn about Season 4.”

There’s a new monster who appears in the Upside Down — Vecna, who like the series’ other monsters is based on a Dungeons & Dragons character. A character finds themselves in his lair, an extension of the wet, sickly vines that fill the world seen in previous seasons. All were built practically, with VFX enhancements for the lighting pulses.

Trujillo took inspiration from the bleak paintings of Caspar David Friedrich. He describes the lair as a “psychic space. It’s the manifestation of a character’s psychology,” he says. “It was about what space would he create mentally.”

Sophisticated Medical Office Design Is What Patients Have Come To Expect

Wed Jun 1 , 2022
Wait in style Dr. Michael Schwartz Even in the mid-aughts, going to the doctor’s office was quite a different experience than it is now. You’d sit in a dark waiting room, with industrial carpeting or linoleum, in an old vinyl chair next to an ugly Formica or old wood coffee […] 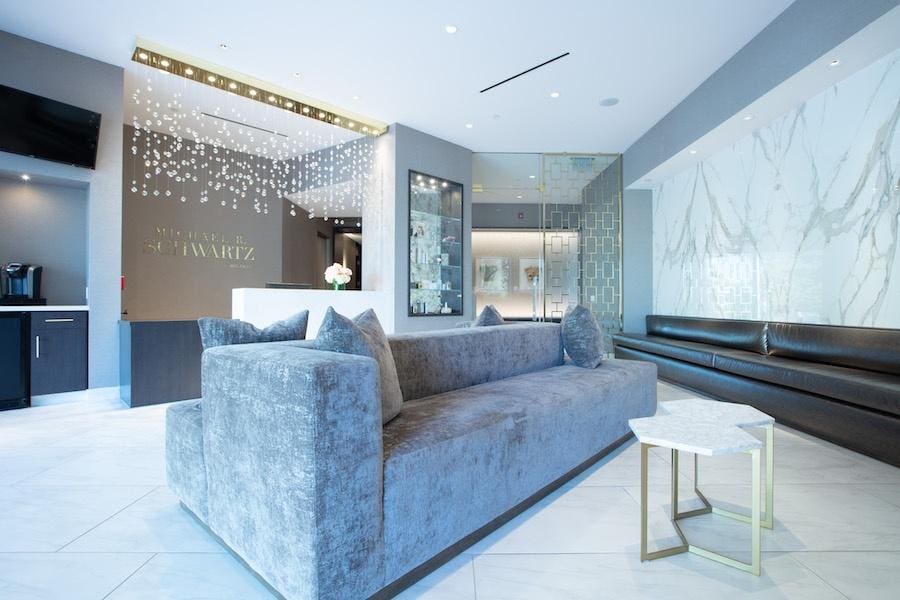