The internet is once again in a tizzy, bickering wildly about design. This can mean only one thing: BMW has unveiled a new car. And that’s exactly what has happened. BMW launched the redesigned 7 Series and its i7 counterpart this week, and people are finding the design polarizing.

Has the 7 Series always been so confrontational? Divided opinions? Not at all, we would say. For a long time, the Munich flagship was the epitome of elegance and fine proportions. But especially in the last few generations, there were definitely outliers on the downside.

We take another look at the previous six model series and how we feel about them, including the all-new 2023 7 Series and i7. Which is the most beautiful 7 Series for you? Tell us, in the comments section below this article.

The first-generation BMW 7 Series (E23) looks absolutely petite from today’s perspective. We think it has aged beautifully, with the shark nose and all the chrome, and it’s a classic today that is still relatively affordable. “With its stretched body lines, driver-oriented cockpit, powerful engines, and advanced chassis technology, the 7 Series lived up to its claim as a sporty luxury sedan from the very beginning,” BMW says.

Innovations included the world’s first electronic speedometer, speed-sensitive power steering, and electrically adjustable exterior mirrors. In 1980, the world’s first onboard computer with an outside temperature display was added.

In 1979, BMW replaced carbureted engines with more fuel-efficient gasoline-injected engines. The BMW 728i replaced the 728 and 730 models, and the previous 733i was replaced by the 732i, which debuted with world-first digital engine electronics.

The year before, the BMW 735i, with 3.5 liters of displacement and 218 horsepower (162 kilowatts), had already been added to the range. The top of the model range in 1980 was the BMW 745i, powered by a 252-hp (187-kW) six-cylinder engine with an exhaust gas turbocharger and charge-air cooling.

BMW originally planned the second 7 Series to be an aerodynamically sophisticated and very sleek sedan, but Dr. Wolfgang Reitzle, who later became head of development, was able to stop the project at the very last minute in favor of a much more prestigious shape. His goal of implanting a V12 had initially caused incredulous amazement within the company. The rest is history.

With its harmonious lines, sporty handling, and innovative chassis control systems, the new 7 Series made a dazzling debut in 1986. For many, the E32 remains the most beautiful 7 Series to this day.

At the front of the vehicle, the wide BMW kidney conveyed a powerful presence, while L-shaped taillights were introduced at the rear as a new trademark. The BMW 7 Series was also available in a long-wheelbase version for the first time. Among the most important technical innovations was the ASC slip control system with an electronic accelerator pedal and drag torque control.

Then, in 1987, it arrived, the first German twelve-cylinder sedan since the end of the 1930s. The five-liter V12 light-alloy engine had separate injection, ignition, and catalytic converter systems for both cylinder banks and produced 300 hp (223 kW). In addition, the AGS adaptive transmission control system made its debut in the twelve-cylinder model. In addition, two inline six-cylinder and two V8 models were available.

With virtually unchanged exterior dimensions, a cautiously enhanced design, and added comfort and driving dynamics, the third edition of the BMW 7 Series continued the success of its predecessor. For us, the E38 is still the most attractive 7 Series, and we are certainly not alone in this opinion. You can’t really draw a sedan more elegantly and coherently.

Two eight-cylinder engines and a new edition of the twelve-cylinder were available at the start. The displacement of the V12 was increased to 5.4 liters, and its output to 326 hp (243 kW). At the same time, the average fuel consumption of the BMW 750i fell by around eleven percent.

With new driving stability systems, the third generation of the BMW 7 Series also became a pioneer in the field of active safety. In addition to the anti-lock braking system, the eight-cylinder models received Automatic Stability Control (ASC) as an option. The 750i came with ESP as standard.

The comfort and convenience equipment with a permanently installed navigation system, whose color monitor could also serve as a display for other functions, also provided significant impetus. Eight airbags and a tire pressure monitoring system were standard.

The BMW 725tds, introduced in 1996, offered a particularly economical alternative. Its 2.5-liter, 143-hp (106-kW) six-cylinder diesel engine impressed with its economy and smooth running. This was followed in 1998 by the BMW 730d with a three-liter six-cylinder engine, common-rail fuel injection, and 184 hp (137 kW). The preliminary highlight was the BMW 740d in 1999: The world’s first sedan with a V8 diesel engine and common-rail fuel injection produced 245 hp (182 KW).

The fourth 7 Series (E65), commonly known as the “Bangle-7 Series” (after the chief designer at the time, Chris Bangle), caused downright horror with its completely changed and very avant-garde design. More than 20 years after its debut, the image has largely changed, and one looks back on it rather favorably, especially in view of many current BMW designs.

With the new model, BMW set standards in many respects and provided the impetus for the entire automotive industry. Examples of this are the iDrive operating system, which has been continuously developed to this day, and the elements of the modern BMW design language. Further innovations followed in 2005 with a night vision system and the first high-beam assistant in Europe.

Newly developed eight-cylinder engines with continuously variable valve timing (double VANOS) and variable valve lift (VALVETRONIC) made their debut in the BMW 735i and BMW 745i models. Power transmission was handled by the world’s first standard six-speed
automatic transmission. The crowning achievement of the series was the BMW 760i, launched in January 2003, whose 6.0-liter twelve-cylinder engine delivered an impressive 445 hp (327 kW) and a maximum torque of 443 pound-feet (600 Newton-meters).

In the fall of 2006, BMW became the world’s first automaker to present a hydrogen-powered luxury sedan based on the BMW 760Li. The BMW Hydrogen 7, with a bivalent twelve-cylinder combustion engine, was the world’s first hydrogen vehicle to undergo the complete series development process. It was produced in a small series of 100 units and made available to selected customers for use in everyday traffic.

In terms of driving dynamics and ride comfort, the 7 Series impressed at the time with its largely aluminum chassis, electronic dampers, and roll stabilization.

The fifth generation of the 7 Series was again significantly trimmed down in terms of extravagance, appearing more well-behaved but still quite pleasing. A completely redeveloped chassis, the world premiere of Integral Active Steering, and exclusive driver assistance systems stand out in the F01. Added to this were innovative infotainment functions such as unrestricted Internet use in the vehicle.

Six- and eight-cylinder models were available at market launch. The top models of the series, the BMW 760i and BMW 760Li, followed a short time later. The newly developed twelve-cylinder engine with six liters of displacement, TwinPower Turbo technology, and direct gasoline injection combined with an eight-speed automatic transmission, which was also new. It developed an output of 544 hp (405 kW) and a maximum torque of 553 lb-ft (750 Nm).

In 2009, the new xDrive all-wheel-drive system was available for the first time in the 7 Series. Another first was the BMW ActiveHybrid 7, which combined an eight-cylinder combustion engine with an electric motor.

New to 7 Series number 6 was a platform with heaps of carbon fiber reinforced plastic (CFRP). It was supposed to make it lighter, but it was, above all, really expensive. Highlights also included the plug-in hybrid system in the BMW 740e, gesture control, the Executive Drive Pro active suspension system, the driving experience switch with ADAPTIVE mode, and laser light. The Executive Lounge equipment with massage function and Vitality program was the main contributor to well-being in the rear.

Driver assistance systems included a steering and lane guidance assistant and remote-controlled parking. The top engine choice was a new V12 engine with 610 hp (454 kW) in the M760Li xDrive. There were also three plug-in hybrid variants.

Things got interesting for BMW’s design critics with the facelift of the G11 in 2019 because, at the express request of the markets in Asia and the Middle East, they put a kidney in the face of the 7 Series in a size not seen before. The comments were largely scathing, but it was only a foretaste of what was to come.

Sat Apr 23 , 2022
Even as the atrocities of Bucha played out on television screens across the world this week — including in the West Wing, where an outraged Biden and his team watched with horror — there were no specific events to address the grim footage. The shift comes as Biden and his […] 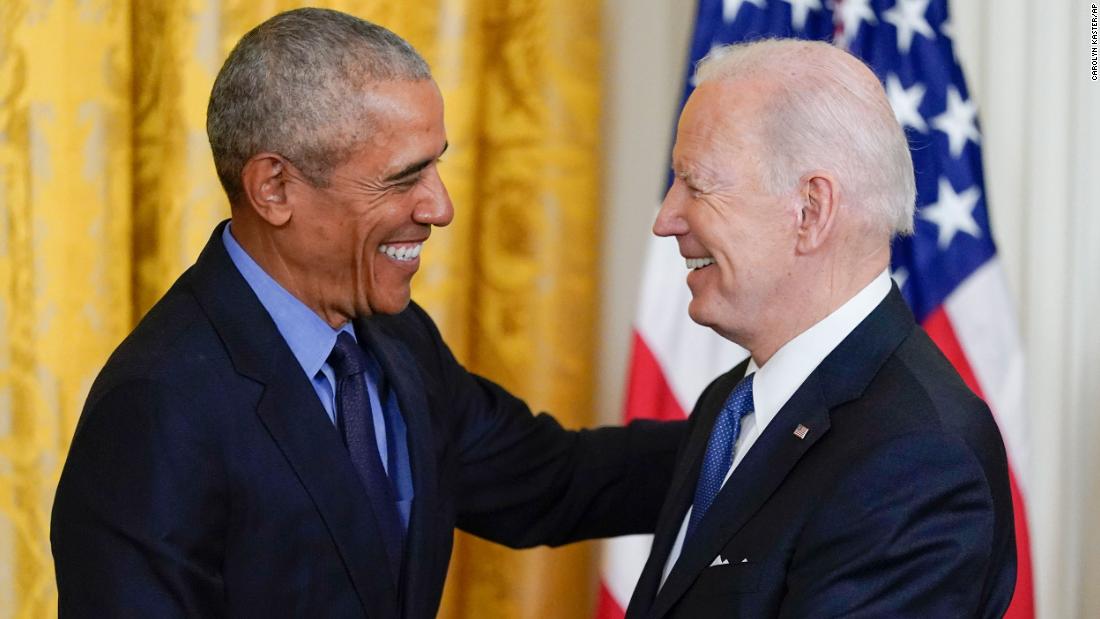