JUNEAU, Alaska (AP) — The state of Alaska has issued a corrected birth certificate for the teenage designer of the Alaska flag, after researchers who were looking into his heritage found records indicating he was born more than a year earlier than previously believed.

The change means John Ben Benson Jr. — believed to be the only Indigenous person to design a state flag — did so when he was 14, not 13.

Superior Court Judge Adolf Zeman last week ordered the state to issue a birth certificate for Benson with the birth date of Sept. 12, 1912, and for his mother’s maiden name to be corrected.

The order followed a petition by researcher Michael iqyax̂ Livingston, who was part of the team studying Benson’s heritage that uncovered church and other records supporting the changes.

Benson is known as Benny Benson, and in 1927, he won a territory-wide contest with his flag design, which featured the Big Dipper and the North Star on a simple field of blue. It became the state flag after Alaska was admitted to the union in 1959.

According to a University of Alaska web page about the history of the flag, Benson explained his design in his written submission for the contest: “The blue field is for the Alaska sky and the forget-me-not, an Alaska flower. The North Star is for the future of the state of Alaska, the most northerly in the Union. The dipper is for the Great Bear – symbolizing strenth (sic).”

Zeman’s order notes that a panel of history experts, assembled at the request of the state’s vital records section, reviewed documents submitted by Livingston and voted unanimously to recommend changing Benson’s birthdate.

A birth certificate filed in 1940 had listed Benson’s birthdate as Oct. 12, 1913. The timing of the filing coincided with a period in which men of a certain age were required to register for the draft, and it’s possible Benson was told he needed his birth certificate when he registered, the report stated.

Livingston, a cultural heritage specialist with Aleutian Pribilof Islands Association, described the work investigating Benson’s birthdate as a “big adventure that kept on taking different twists and turns, and we just tried to follow the path as far back as we could.”

The researchers in their report said documents they found also show that Benson, who has often been identified as Alutiiq, was actually Unangax̂. Livingston said his level of confidence that Benson was Unangax̂ is “very high,” given ancestry records found for his mother’s side.

“We stand by our assertion, yet we remain open to feedback, to new data, and to new interpretations,” said the report, which was published by the Aleutian Pribilof Islands Association on Thursday.

Benson’s mother died when he was young and his father sent Benson and his two siblings away, according to the report. Benson and his brother were sent to a home for orphans or other displaced children.

Sun Mar 13 , 2022
Shonda Rhimes has applied the “Bridgerton” aesthetic to her NYC apartment, and the result is luscious. The “Grey’s Anatomy,” “Bridgerton,” and “Inventing Anna” producer recently opened the doors to her Manhattan apartment, which she decorated with a similar sensibility as the one she used in creating the popular London court-based […] 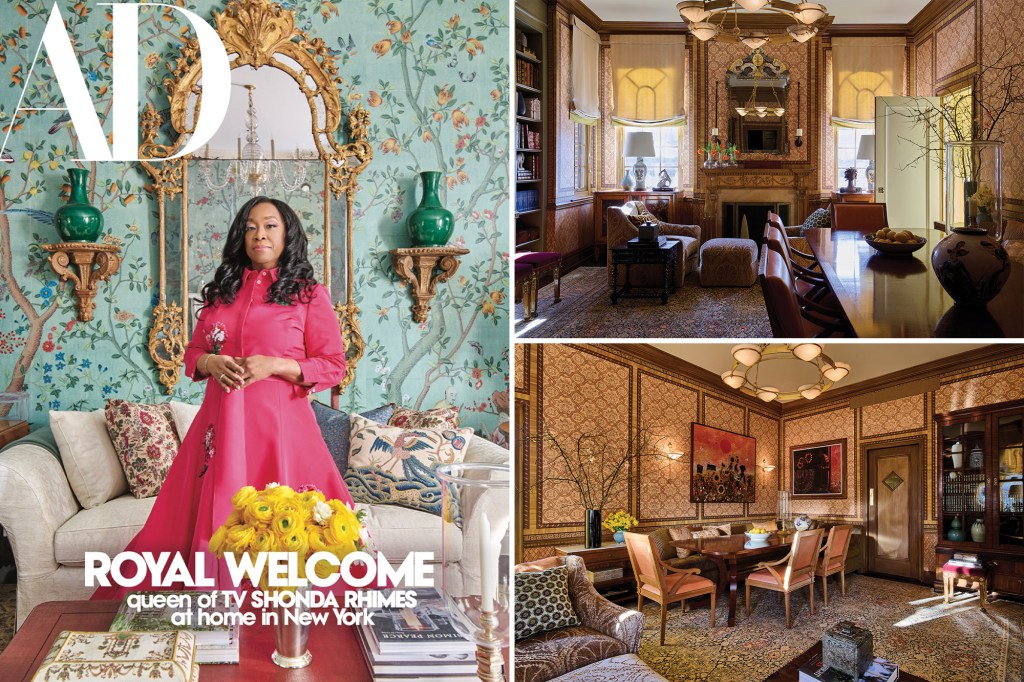