Ohio University has colloquially been referred to as the “Harvard on the Hocking,” both for its educational prominence and traditional university aesthetic. As the university continues to evolve architecturally to meet educational needs, it aims to maintain some of the quintessential components that have come to identify OU.

Some of the more noticeable characteristics of the Athens campus are buildings heavily featuring brick and stone elements that are apparent in some of the oldest portions of campus, like College Green.

Jon Cozad, executive director for design and construction at OU, said his office maintains a set of standards that guides the look and feel for new campus construction in addition to structural integrity and functionality. The university planning office additionally seeks to include campus aesthetics in its long-term planning.

“​​It is something, definitely, that we keep in mind because we want to maintain the look and feel of our campus,” Cozad said. “We have a very focused and intentional effort to do that.”

Cozad cited recent university construction projects, such as new residence halls on South Green and Baker University Center, as intentionally maintaining the traditional brick elements and architectural appearance as other buildings on campus. However, the facilities also include a more modern feel and updated amenities to fit the preferences and needs of students. Updated interiors can also be seen in culinary locations, where students tend to prefer a more modern and open appearance, Cozad said.

Even newly constructed Heritage Hall, which features larger windows and the sleek interior typical of a medical building, includes century-old brick features indoors that were incorporated from the previous building on site.

However, what gets renovated and when depends on a variety of factors and a complex system, Cozad said. The university’s six-year Capital Improvement Plan, which it evaluates biennially, assesses buildings based on the numbers of repairs and maintenance needed as well as their ability to function based on the present need. That, Cozad said, informs the prioritization of funding toward specific projects and renovations.

In addition, individual departments, such as Culinary Services and Housing and Residence Life, have their own pools of funding and maintain a degree of control over the allocation of funds toward facilities projects within their departments. Central academic and administrative building projects draw from general pool university funding.

The university maintains communication with the city of Athens on projects, ensuring adequate access to utilities as well as roadways. Athens City Planner Paul Logue said in his experience, OU has always communicated openly about design choices, seeking community feedback about new construction before finalizing a plan.

“It’s very important, without question,” Logue said. “It’s an old university with a lot of old buildings, and many of those buildings add to the charm of the community, the charm of the campus and part of the quality of the architecture in our city.”

“It’s been voted, many times over, one of the most beautiful campuses in America, and I think having that reputation, having that expectation and also knowing that it’s a point of pride for our students and our faculty and staff and alumni,” Cozad said. “It is a very, very important part of the physical presence of Ohio University. So, I think it will be continuing to be prioritized for a long time in the future.”

Sat Feb 12 , 2022
The Gustoso & Family restaurant at the Watermark at Brooklyn Heights. Photo: Gabby Jones The city has grown old. More specifically, 1.2 million New Yorkers are now over the age of 65, a senior population that has gone up by nearly 30 percent in the past decade. This is an […] 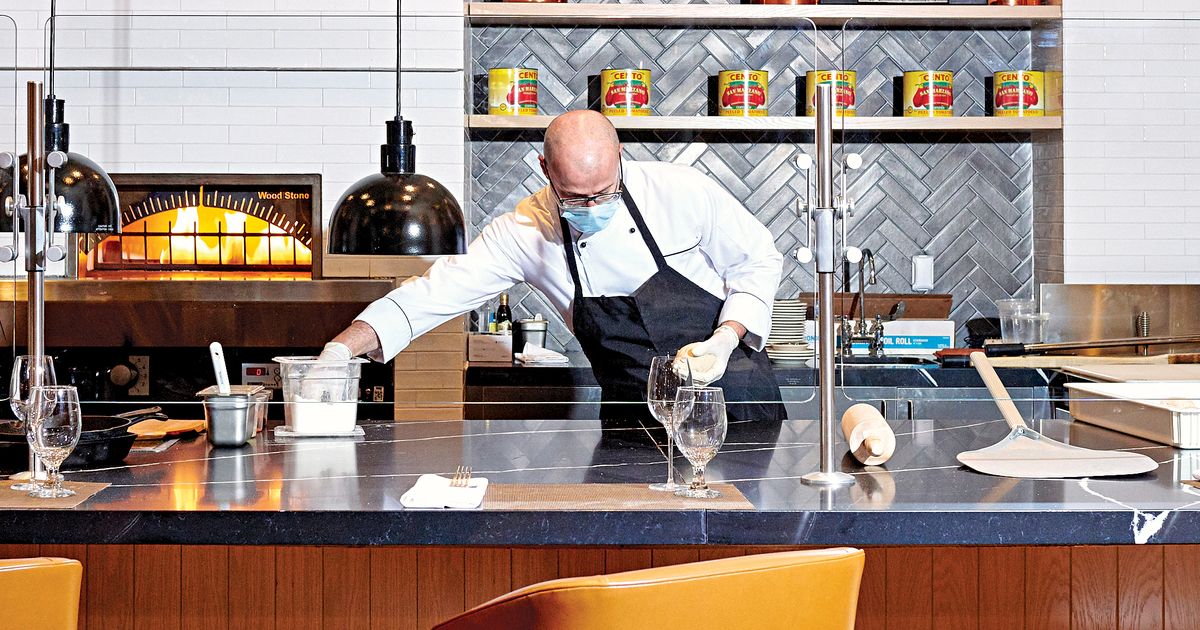