The très French island of St. Barts is acting  more like  itself than ever before.

After COVID put a damper on billionaire revelry last year, this season it was easy to forget that a pandemic was happening. Masks just aren’t en vogue — thanks to rigorous and ever-shifting testing requirements prior to arrival.

Charter flights — the sole non-nautical means of transport to and fro the isle — arrived every seven minutes during the holidays.

Luxury flight operator Tradewind, which flies to St. Barts via San Juan and St. Maarten, sold out and added additional December flights, which then also sold out. Even now, it’s wise to book far ahead.

VIPs filled Gustavia’s harbor with hundreds of mega-yachts and rental home inventory evaporated almost a year ahead of New Year’s, as those jilted by COVID in 2020 cashed in unused resort and villa credit, villa brokerage Sibarth told The Post.

The seasoned coterie of St. Barts bottle poppers returned to Nikki Beach for raucous lunches, Nebuchadnezzars of rosé and dancing on the beach and at exclusive restaurants like Fouquet’s, the Sand Bar, and the new South of France-themed RIVYERA at Le Christopher by chef Arnaud Faye.

So where does that leave meager mortals who want a taste of French Caribbean magnificence? Hotels. And damn good ones.

In December, Le Toiny upped their gambit with a brand-new and even larger, “villa over the ocean” — a new 7,000-square-foot, four-bedroom villa with a 900-square-foot pool and tropical garden. February rates start at $2,248 per night.

It has also unveiled Villa Nureyev, the hotel’s only oceanside villa.

Named after the Russian ballet dancer Rudolf Nureyev — who purchased the home in the 1980s — it also features four bedrooms and a 3,000-square-foot terrace, with a kitchen area, a floating deck and guest cottage. February rates are $1,473 per night.

But Le Toiny — with its infinite perks — is rural. Those who prefer snooping on yacht owners or spying on Leonardo DiCaprio will prefer Hôtel Barrière Le Carl Gustaf in the heart of Gustavia.

Back in 2013, the hotel closed and was bought by Groupe Barrière in 2015. After a  multi-year renovation by French designers Gilles & Boissier (known for the Baccarat in New York) the resort reopened its doors to acclaim this season.

Today, its detached suites still roll down the hillside toward the harbor and the island’s ritzy Shell Beach.  But they boast top design and playful amenities — like private plunge pools, tennis racket bug swatters and water exercise bikes — not to mention the best views money can buy. Rates start at $1,473 per night in February.

Wed Feb 16 , 2022
An oversized pendant in the dining area is from Arteriors. Drew and Janson commissioned the custom wood table, and Shelby specified pottery from various artists to continue the handmade look.Photograph by Christina Wedge Looking for clues about her new clients, interior designer Shelby Adamson noticed some artful coffee-table books, a […] 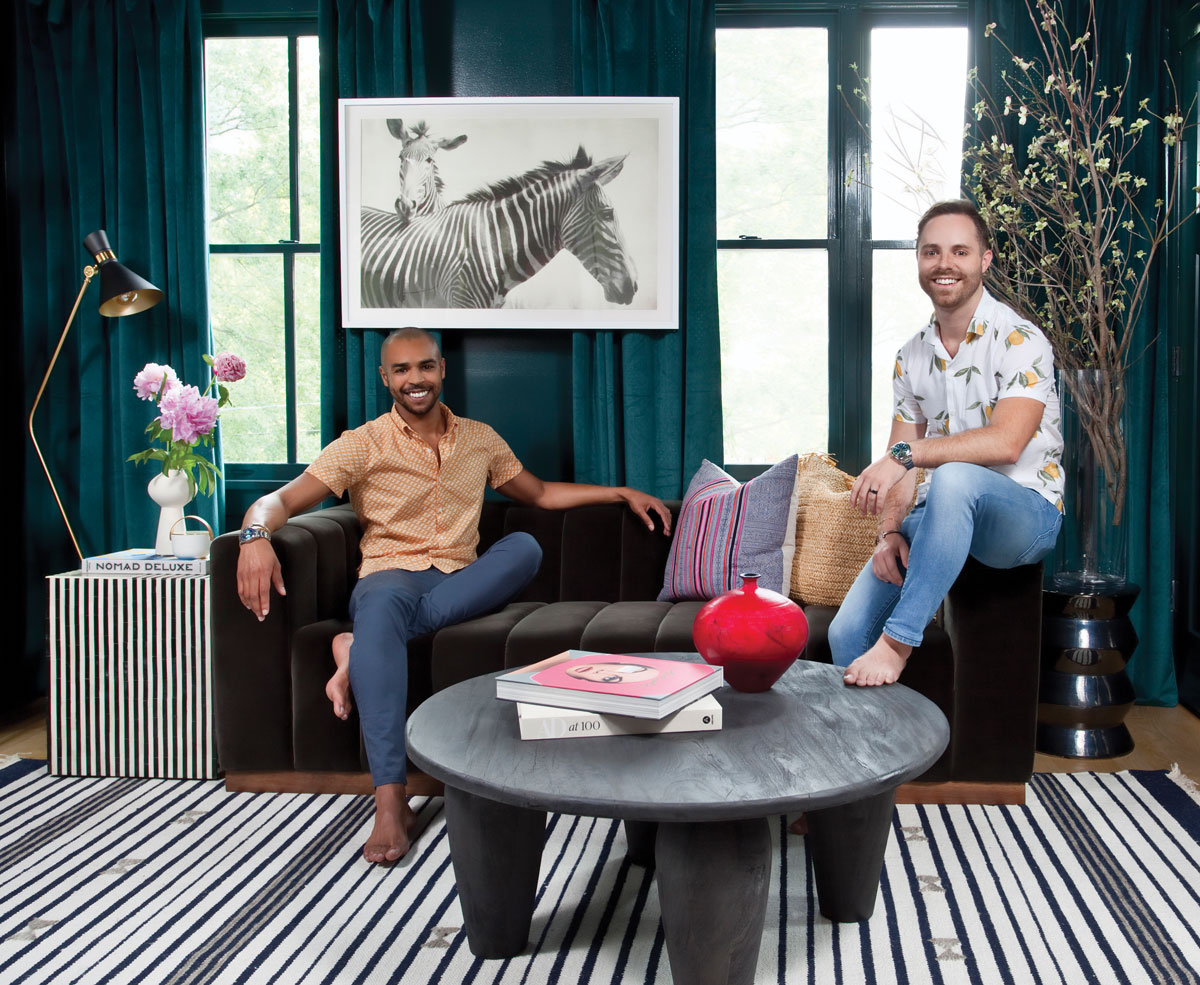