The Mexican architect Frida Escobedo, who at 38 was the youngest architect to design the Serpentine Pavilion in 2018, has been selected to design the Metropolitan Museum of Art’s new $500 million Modern and contemporary art wing, the museum announced on Sunday.

“It’s a very important commission,” said the museum’s director, Max Hollein, in a telephone interview. “This collection will continue to grow more significantly than any other area.”

“She is a strong voice in the architectural discourse,” he added of Escobedo. “She produces very contemporary buildings that are rooted in a modern canon.”

Escobedo, 42, is a surprising choice for such a major assignment, given that she is relatively young, has mostly designed temporary structures and is not a household name. But she said she felt undaunted and excited by the task.

“I like challenges,” she said in a telephone interview from her home in Mexico City. “One of the dream commissions for any architect is to design an institution with the importance and relevance of the Met.”

Learn More About the Metropolitan Museum of Art

The new wing has been closely watched by the art world, given that the Met has lagged behind in this subject area and its current space for Modern and contemporary art has long been considered problematic. The museum was also forced to delay the project, having announced it before raising sufficient funds.

Last fall, the project finally received the lead gift it had been craving when a longtime trustee, Oscar L. Tang, and his wife, Agnes Hsu-Tang, an archaeologist and art historian, gave $125 million toward the wing, the largest capital gift in the museum’s history. The wing will be named after the Tangs for a minimum of 50 years.

The museum considered four other architecture firms: Ensamble Studio, Lacaton & Vassal, SO — IL and David Chipperfield Architects, whose earlier design had ballooned in price to as much as $800 million. In a tweet that was subsequently taken down, Chipperfield posted that he was “sad to finish our 7 year relationship” with the Met and congratulated Escobedo, wishing her “the best for the project.”

At a time when the cultural world has grown increasingly sensitive to issues of equity, Escobedo would seem to represent a significant step forward for a woman of color. But Daniel H. Weiss, the museum’s president and chief executive, said this did not influence the Met’s decision. “It’s great that she brings diversity,” he said, “but that wasn’t a criterion in the choice.”

Weiss added that Escobedo was the right person to design “a signature building that speaks to the art of our time” and that he expected the project to be completed in about seven years.

Born in 1979 in Mexico City, Escobedo studied architecture at the Universidad Iberoamericana in Mexico City before completing a master’s degree in art, design and the public domain at Harvard’s Graduate School of Design.

For Escobedo, who established her architectural practice in Mexico City in 2006, the Met will be her largest cultural project to date, by a whole other order of magnitude. Her previous work has featured several pavilions and other temporary structures, such as those for the Lisbon Architecture Triennale, the Chicago Architecture Biennial and the Victoria and Albert Museum in London.

Her other notable projects include an expansion of La Tallera Siqueiros in Cuernavaca (2012), Mexico, a museum, workshop, and artists’ residence that was the home and studio of the muralist David Alfaro Siqueiros. She also designed the renovation of the Hotel Boca Chica (2008), a popular destination for Hollywood celebrities in the 1950s, and the El Eco Pavilion (2010), a site-specific installation, designed for the Museo Experimental El Eco.

She is currently working — with the New York City-based Handel Architects — on Ray Harlem, a joint venture with the National Black Theater that is to include residential, retail and performance spaces.

In 2019, Escobedo was honored as an International Fellow of the Royal Institute of British Architects and her studio was named one of the world’s “100+ Best Architecture Firms” by the architecture magazine DOMUS.

She has taught at Columbia, Harvard and Rice and is currently teaching at Yale.

Hollein said the new wing would not provide “a linear path,” but instead “a more open building structure” with galleries that differ in height, scale and exposure to light. At a time when museums like the Museum of Modern Art are rethinking the presentation of art, including providing multiple perspectives and juxtaposing various genres, the Met’s new wing will also seek to expand the narrative, Hollein said: “Our presentation of art will be transcultural.”

Tue Apr 12 , 2022
A New Jersey man was sentenced on Friday to 375 years in prison for brutally murdering two children and a college student in 2016 when he became enraged over a Facebook post, officials said. Judge Ronald D. Wigler sentenced Jeremy Arrington, 31, to three consecutive life sentences for killing 7-year-old […] 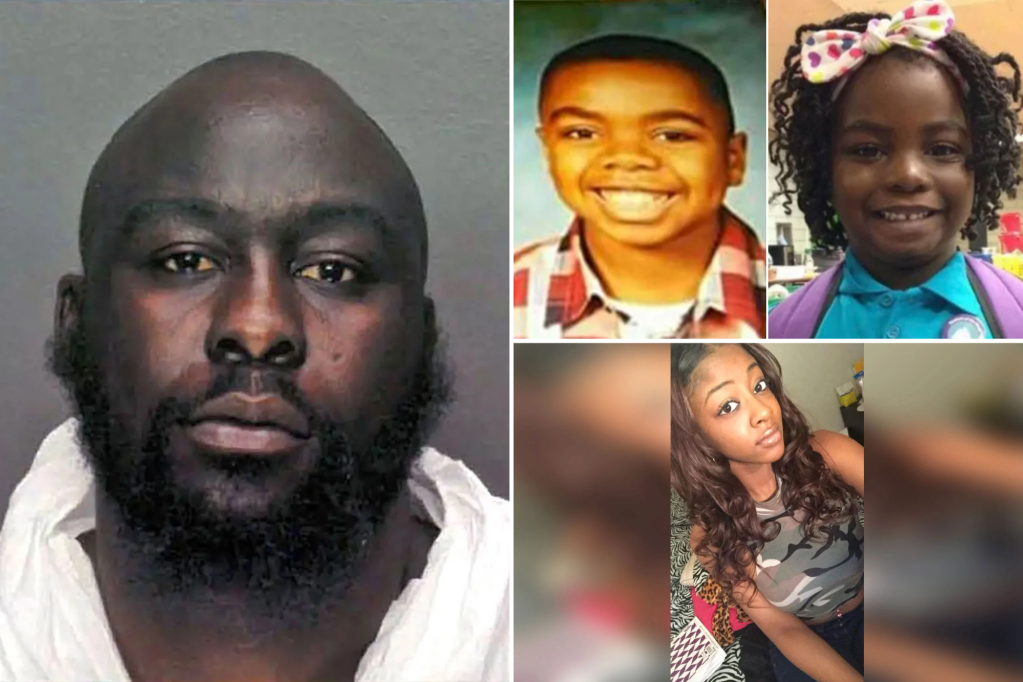