Lenny Kravitz always looks stylish from head to toe — and at Sunday’s 2022 Grammys, you’d be forgiven for fixating on his feet.

The “Fly Away” singer, 57, hit the red carpet in a metal mesh top by Natalia Fedner, black leather pants and tall, high-heeled boots he designed with Modern Vice and Church Boutique — one of three custom pairs he wore over the course of the awards show.

Kravitz met up with Modern Vice’s Jordan Adoni three weeks before the Grammys with ideas for his footwear.

“He talked about a beautiful, new, unique square-toe shape that has never been done on a heel like this. He had very specific ideas on the ‘slouchiness’ of the boot and the materials we used,” Adoni tells Page Six Style of Kravitz’s inspiration.

“The real magic is in the heel shapes, of which he had two: the red carpet version, which was slenderer, and the performance pair seen during the Grammys, which was thicker for more support while performing.”

Indeed, before rocking out onstage with H.E.R. and Travis Barker, Kravitz swapped his black boots for a silver pair that coordinated with his bronze leather Chrome Hearts jumpsuit.

“There are a bunch of things we did technically to make the boot a much more elevated shoe that can be stable for rocking and rolling at [that] height,” Adoni says, adding that the team did tons of tests to ensure both fit and comfort.

“All of the parts were developed using a completely custom-made shape that was made for these shoes, which is not usually done.”

The soles were even stamped with “Let Love Rule,” a nod to the superstar’s 1989 debut single and studio album.

Adoni gushed about working with Kravitz, calling the experience “magical” and “truly special” and adding that the singer is “kind and inspiring with a pure soul.”

But the “American Woman” crooner isn’t the only male celebrity embracing the high heel lately; Harry Styles and Marc Jacobs are among the other major names looking for a little lift.

“I have never seen fashion as exclusive to men versus women; I see it rather as something cool, and if you’re feeling it, rock it,” Adoni says.

“Any shoes we have ever made at Modern Vice have always been for men or women; fashion is for everyone. If it looks good and makes you feel free, rock it.” 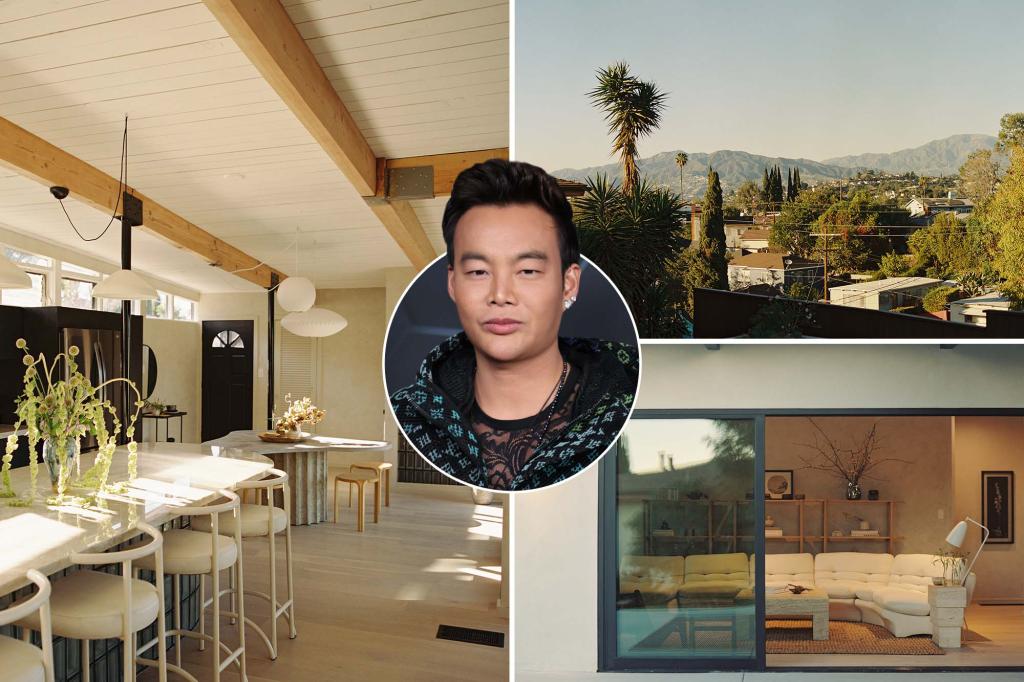