It may not be the White House, but this Brooklyn Heights townhouse comes with some serious Washington connections.

Joe Lockhart and Giovanna Gray Lockhart are trying once more to sell their 25-foot-wide, roughly 6,200-square-foot townhouse at 15 Willow St. — this time for $10.5 million, according to a StreetEasy listing update.

This certainly isn’t the couple’s first time at the rodeo. Joe, who was Pres. Bill Clinton’s press secretary, and Giovanna, the former DC editor of Glamour, sold their Washington home to the Obamas for $8.1 million in 2017. Located in the affluent Kalorama neighborhood, the former presidential couple had rented that 8,200-square-foot spread after leaving the White House earlier that year.

Two years later in 2019, this time in New York City limits, the Lockharts shelled out $8.99 million — the full asking price — to claim this Brooklyn townhouse as their own. The spread had initially listed in 2016 for a much higher $14.15 million.

“They love the home, but they moved out of state,” said Karen Heyman, of Sotheby’s International Realty — Downtown Manhattan Brokerage — who shares the listing with her brother, Alan Heyman. She added a tenant has lived in the home since the couple’s move.

As it now stands, the townhouse comes gut-renovated, according to the listing — and it also stands on a corner lot with private parking.

Inside, it has six bedrooms, four full bathrooms and two powder rooms. As for other perks, the parlor floor ceiling reaches 12 feet in height above a fireplace — one of three total — a dining area and wide-plank herringbone floors. Running along the side of this space, a number of oversize windows that fill the room with light. Off to the side, there’s a kitchen that includes custom cabinetry, a marble island, a La Cornue range and access to a terrace that looks out to the property’s garden.

Below, the garden level has a more casual feel. Just on the other side of doors that lead to the garden, a family room with a gas fireplace, a marble kitchenette and a laundry room. The cellar, meanwhile, has a temperature-controlled wine room with space for 300 bottles, as well as a tasting alcove nestled beneath an arched brick alcove. The cellar’s screening area, seemingly flexible in use, is now being used as a home gym.

The master suite spans the home’s second floor, which includes automatic shades, dressing areas, a sitting room with a gas fireplace and closets. The ensuite bathroom has radiant-heated floors, a rain shower and a deep-soak claw foot tub.

The third floor houses three bedrooms, a lounge area and another space for laundry. Just above that, there’s another family room with a kitchenette, which leads to a terrace with an outdoor Jacuzzi. Crowning the structure: a roof terrace with unobstructed Manhattan-facing views.

Robbie Antonio Partners with And Studio to Release Series 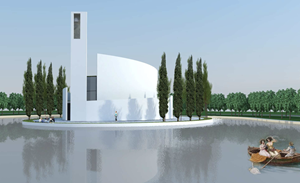