BOSTON — Driving rain, salty air; the waves are so loud you can hardly hear the wailing. The weather is dreadful even by English standards, and the harbor-dwellers have rushed down to the beach, anxious to alert a ship in distress. Their clothes are soaked, their hair is bedraggled; they gaze out on the warning flares, bright flecks bursting in air against a small patch of blue.

J.M.W. Turner, prophet of climate change? That would be stretching it. But he was, at the very least, the 19th century’s great contriver of atmospheres and accidents, of human technologies and maritime affronts — and in churning compositions like “Rockets and Blue Lights (Close at Hand) to Warn Steam Boats of Shoal Water” (1840), he took the tradition of maritime painting and sailed it right into the storm clouds of the Industrial Revolution.

That’s the contention of “Turner’s Modern World,” an extensive and eruptive reassessment of the most celebrated painter of 19th-century Britain, now on view at the Museum of Fine Arts here. It’s not quite a revisionist approach. This exhibition still showcases his extraordinary atmospheric effects — a sunset in a wash of mauve oils, a squall rendered with a few strokes of a palette knife. It retains the full respiratory grandeur of his large seascapes, the nearly abstract polychromes of his late whaling pictures. Yet Turner (1775-1851) also appears here in the sharper light of contemporary history: a painter of war and independence, commerce and slavery, and the technological innovations that would split the sky in two.

“Turner’s Modern World” has been organized by Tate Britain in London, which owns the bulk of his paintings. (The artist left to the nation some 300 oils and 100 times as many sketches.) After some pandemic delays it came to the Kimbell Art Museum in Fort Worth last winter. It arrives in Boston in a significantly reshaped form, and with a refreshed exhibition design that puts Turner’s modernity in the spotlight. The initial galleries have walls painted the heavy greens and reds of a Pall Mall gentlemen’s club. Turner’s large military scenes hang cheek-by-jowl, as Georgian spectators would have encountered them at the Royal Academy. Moving forward, the exhibition design modernizes: the wainscoting recedes, the colored walls fade away, and in the last room we encounter Turner in the anachronistic surrounds of a contemporary white cube.

And here alone, the London pictures have been joined by a Turner too fragile and valuable to travel: the M.F.A.’s grand and gruesome “Slave Ship (Slavers Throwing Overboard the Dead and Dying, Typhoon Coming On),” depicting a slaver rocking in the sun-scorched Atlantic, as Africans in bondage slip beneath the waves. Painted in 1840 to coincide with a major antislavery conference in London, Turner’s ultimate seascape imbued the sublime with the ferocity of colonialism and imperialism. “Slave Ship” appears here alongside other agitated scenes of shipwrecks, drownings, fires and disasters, including a fearful vision of the 1834 fire at London’s Houses of Parliament, souped up to a world-ending conflagration.

Turner was born in 1775 smack in the middle of London, on Maiden Lane in Covent Garden; he was the son of a barber, and retained his working-class speech patterns and suspicion of luxury long after he was being collected by high society. At age 14 he enrolled at the Royal Academy. It was 1789; across the Channel, a revolution was getting underway. “Bliss was it in that dawn to be alive,” Wordsworth would write of those days; “But to be young was very heaven!”

Did Turner find it so? He was certainly no revolutionary, and his correspondence and his (rather tedious) verse offer a mixed spectacle. His subjects, from the slave trade to the war of Greek independence, suggest a man on the side of reform. But his particular political convictions aren’t the principal interest here. What matters is how larger political forces — and, even more, economic ones — shape the life and times of an ambitious artist, who reshapes an art form in turn.

Look, in the first gallery, at two little sketchbooks from his early 20s. Instead of the streaky seas and skies familiar from the Tate permanent collection, you’ll see a pencil drawing of workers in a tilt forge. Large, outlined gears and waterwheels trigger hammers that clang down on sheets of iron. A more carefully worked gouache depicts another forge, where blacksmiths are crafting anchors in a smoldering central kiln. Hot places, noisy places; places of human genius and elemental danger. We are building a new world. We may not all survive it.

A student at the Royal Academy would have learned to avoid contemporary subjects like this. To reach artistic heights, you had to look past the events of the day. But Turner kept gravitating to new iron bridges and freshly dug canals, then to steamships, and eventually to locomotives. As the Napoleonic Wars raged on, the artist filled his sketchbooks with soldiers and seamen, observed captured ships in Portsmouth, and crossed the channel to visit the battlefield of Waterloo. In this show’s salon-style presentation of Turner’s war pictures (which this most competitive of painters would have loved; a Royal Academy all for him!), a ripped-from-the-headlines glorification of Nelson’s fatal victory at Trafalgar has been clustered with the much darker “Field of Waterloo” (1818), which sure doesn’t look like a propaganda piece. Bodies lie tangled on the Belgian soil. Moonlight barely peeks through the gloom.

What Turner was accomplishing, first with “The Field of Waterloo” and later with his large, soaking pictures of whalers and wreckers, was a layering of traditional landscape and seascape with themes debated in the coffee houses. The need for reform could be seen in the sunsets, and history floated on the water — nowhere more than in “Slave Ship,” his awesome indictment of the Atlantic slave trade, and the crux of this exhibition. The setting sun seems to set the ocean ablaze, while to its left, the tossing slaver appears to be swallowed up by a knifed spray of white. (The slaver has been identified as the Zong, whose crew threw 130 Africans overboard in 1781 before reaching Jamaica; the owners applied for insurance money, on the grounds that this mass murder was legally a loss of cargo.)

Only after a moment do you see the iron manacles between the waves — a Romantic liberty Turner took. And the hands stretching from the ocean, desperate for rescue. And the flesh of the victim at lower right, mobbed by a school of fish. So beautiful and so atrocious, “Slave Ship” now stands as the most enduring of all abolitionist works of art, although, in its time, it was the coloring and paint handling that shocked at the Royal Academy. John Ruskin, who owned it, defended the work in “Modern Painters” for how it evoked the tempestuous Atlantic in its ridges and tones — and then, in the most notorious footnote in art history, exiled to the bottom of the page a passing mention that “the near sea is encumbered with corpses.”

That blindness to what Turner actually painted endured for long decades thereafter, though there is today the danger of making him too contemporary. (Britain’s principal award for contemporary art, after all, is called the Turner Prize.) It’s easy to enlist him in 21st-century engagements with race and technology and climate, especially when so many museums now treat subject matter as art’s principal appeal, and color, line and shape as expendable.

Turner was something more precise than a figure ahead of his time, and more interesting than that too. He was a Romantic artificer of worlds in motion, who saw before anyone else that the economy itself had the majesty of a mountain range, that a steam engine had the power of a riptide. And all the brutality and repugnance of the slave trade could be made visible right in the sunlit water: in “the intense and lurid splendor,” as Ruskin had it, “which burns like gold, and bathes like blood.”

From the Great Stink to your kitchen sink...

Sun Apr 10 , 2022
HISTORY THE MERCENARY RIVER   by Nick Higham (Headline £20, 480pp) In November 1478, a Londoner named William Campion was paraded around the city wearing a vessel on his head which was ‘kept filled with water’.  This ‘ran down his person from small holes made for the purpose’. He was then […] 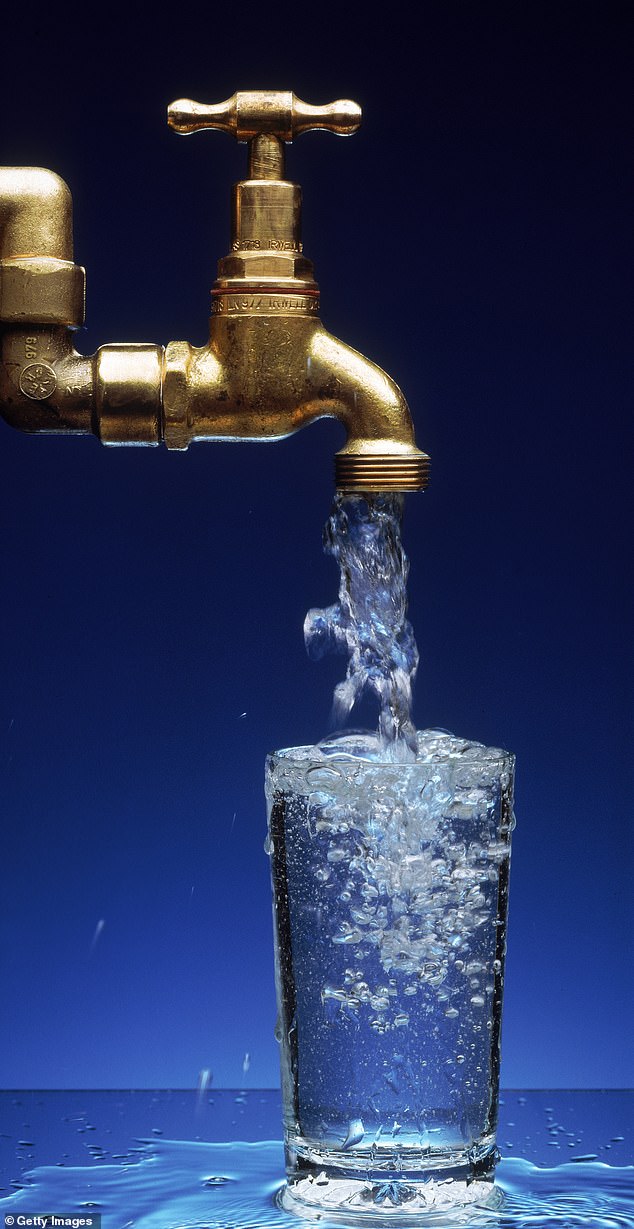