The first night Stephanie Silva spent at her new Brooklyn apartment was uncommonly quiet. So was the following morning and the next day. The 32-year-old native New Yorker had forgotten the last time she was able to mute the city of 8.8 million.

“It’s like a sanctuary,” Silva says, but as soon as she opens the street-facing windows, the bustling outside noise fills her living room. Once she closed the windows again, the difference was instantly noticeable. “Since moving here my anxiety went out the window,” Silva says, referring to the 10th-floor affordable apartment in Ocean Hill, part of the Bedford-Stuyvesant neighborhood of Brooklyn. But what sets this 67-unit building apart from the rest of the housing in the city is its “passive” element.

A passive building is designed to use minimal energy. To be efficient in heating and cooling, the space is sealed with airtight insulation – like a vacuum flask – so that it can keep the heat in during winter while keeping it out during the summer. Houses and apartment buildings, schools, offices and other buildings built to passive house standards usually use thicker, high-performance windows – like triple-pane models, which have three layers of glass. Another key step is using the energy recovery process in the building’s heating, ventilation and air conditioning system. Known as ERV, the ventilator, by way of two fans, acts as the lungs of the building, drawing in clean, fresh and filtered air and pushing out the stale air.

In New York and other cities, passive design is catching on as a popular option for new apartment buildings and homes, and it’s easy to see why: people love living in them.

“I did not suffer an allergy attack the way I usually would,” said Silva, who has dust and seasonal allergies. “The building purifies the air and I can sleep through the night.”

The continuous exchange of air, coupled with superinsulated construction, means no more smell of whatever the downstairs neighbors are cooking, no more traffic noise in the living room, and no more clickety-clack of old radiators. Each room in Silva’s three-bedroom apartment has its own heating and cooling unit, allowing her family to heat one room at a time instead of the entire home. “My daughter hates heat, while I like my room to be nice and warm,” Silva says. “I love the fact that each room has its own separate temperature.”

Solar panels are integrated in the roofs of many passive buildings, including two in the Bronx developed by Bronx Pro Group, which specializes in affordable housing.

“Other than it’s quieter, it looks just like any other apartment,” Stein said.

The invisible health impacts from cleaner air will aid tenants in the long run, but the benefit of lower electricity bills will be felt straight away. The annual energy demand of passive homes is estimated to be more than 70% less than that of traditionally insulated buildings with the same parameters. Silva, who lives with her three-year-old and fiancé, paid her first utility bill in December, which came out to $57. In her previous two-bedroom apartment, utilities averaged $135 per month: $60 for gas and $75 for electricity.

“I’m not as grumpy,” Silva says, reflecting on the impact that the reduced housing costs made on her personality. “I was living from paycheck to paycheck in my last apartment and now I can buy something nice because I can afford it. Before, whatever money I had left over had to go toward the next month’s expenses.”

It took eight months from the day Silva applied to the city’s affordable housing lottery to the day she was able to move into her new home, developed by RiseBoro, a Brooklyn-based housing nonprofit. In 2014, RiseBoro developed New York State’s first-ever affordable multi-family building certified to passive house standards. Today, there are more than 30 affordable apartment buildings in New York City built to passive standards, including that first RiseBoro project in Bushwick, Brooklyn.

“When you move from an old affordable housing unit to a better-performing one there is a huge attitude change,” said Satpal Kaur, an architect who’s been designing efficient buildings for over 15 years. Kaur helped deliver the Bushwick building while at the firm of Chris Benedict, one of the leading architects in the field of sustainable design. From no longer having cold feet while working from home, to sitting near a window and not feeling the chill pierce through the glass, to the lowered noise pollution and energy costs – for Kaur, the benefits that come from living in an affordable passive home are amenities that every person deserves.

“If we just make this a standard practice, comfort would be for everyone,” Kaur says.

Dozens of affordable passive developments are currently in the works throughout all five boroughs. Building a passive house typically costs about 5-10% more than a conventional house. Construction of a multi-family passive building can be roughly 3% more than a comparable non-passive one. Retrofitting an older building to passive standards is one of the most effective ways to reduce the heat concentration and emissions from the existing housing stock.

These renovations and new construction projects can help with the city’s goal to reduce greenhouse gas emissions from buildings by 40% by 2030. Energy-efficient design decisions – like abandoning gas for electric – will also help lower residents’ bills, said Kaur. When developers adopt passive design standards, “not only are you changing the life of the building,” said Kaur, “you’re changing the life of the people who are in there.”

In New York, like in many places across the country, summer temperatures are highest in densely built areas. Adequate and efficient cooling is taking priority.

New York City buildings are good at providing – and retaining – heat to keep residents warm during the winter. The challenge for landlords is how to keep residents cool as temperatures go up and buildings get warmer, says Ryan Cassidy, director of sustainability and construction at RiseBoro. He believes that much like the existing renter’s right to heat, in the next five to 10 years New York City will probably develop a cooling policy for the buildings.

Aramis Rosa is one of the homeowners doing just that. In March of 2020 he bought a five-bedroom, two-story house in Staten Island with an attic and a basement. An electrician, he was repairing outlets at Kaur’s home when they started talking about architecture and the way Kaur designs buildings.

“I remember he said: ‘Hey, do you mind sending me the cut sheets?”’ Kaur recalled. She emailed over the information and a few months later, when he came back to fix her doorbell, “he told me he did everything, and I was just totally blown away.”

Rosa applied what Kaur taught him to remodel his new family home. The boiler, first to go, was replaced by an ERV. Then he installed energy-efficient windows, split units in each room, and solar panels on the roof, which qualified for state tax rebates.

When it came to insulation, working with spray foam was a turning point for Rosa. “That has to be the best thing that I’ve done, going with the spray foam insulation,” Rosa said. “Because of the amount of heat that it’s able to keep, now in winter you can feel the difference as soon as you walk into the house.”

A chemical compound that expands within seconds when applied, spray foam leaves virtually no air gaps, unlike traditional fiberglass insulation. Rosa is the fifth owner of the 1938 house and first to do such a dramatic renovation by himself.

“I feel like when you hire somebody they’re there to do the job and then go home. They might not be considering the person living there long-term,” Rosa said. “Even though it’s taken a little longer for us to be in the house, the fact that I’m doing it for my family means I’m not skipping any corners because I’m the one who’ll be living here.”

In a city known for sensory overload – whether it’s the rumble of new construction, the funk of curbside garbage, or the howls of the century-old subway system – being able to tune out can be a luxury. But the promise of passive architecture is that it doesn’t have to be – it can be as simple as coming home.

Mackie: Tips to reduce chances of the worst of COVID

Thu Mar 3 , 2022
These interventions can go a long way to support people with obesity, hypertension, diabetes, and pulmonary dysfunction, who are at higher risk to Covid severity. NEW ORLEANS — In light of the ongoing, world-wide death rate attributed to Covid-19, combining a healthy lifestyle with recognized medical interventions – vaccines and […] 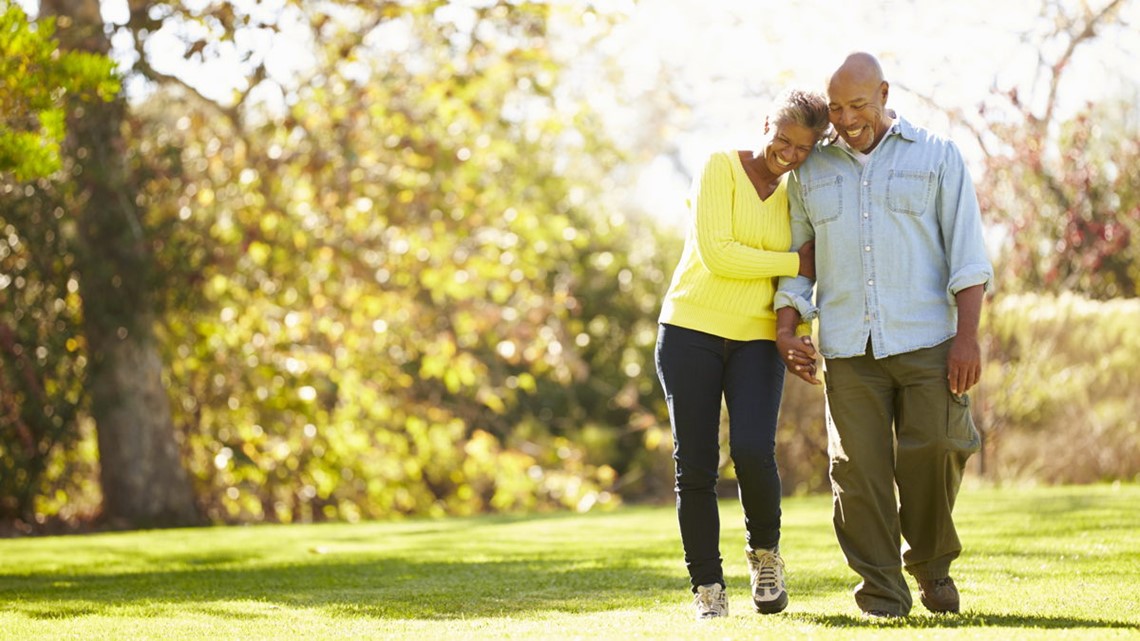