Buying a house is a challenge for many — especially those who are single and struggle save for a hefty deposit by themselves.

One woman, influencer Elise Buch, knew all about that and was gutted when she realized she couldn’t afford to buy a home.

However, Elise didn’t let this get her down and instead realized that with the money she did have, she could afford to buy a shed instead.

Elise took to YouTube to explain what happened and to show off her newly-purchased allotment garden home.

The 28-year-old has 239k subscribers on YouTube and regularly posts content on thrifting, gardening and her small business and the work that she puts into that.

Elise lives with her bunny, Luna and has been single since 2016.

She purchased the allotment shed and is absolutely thrilled with her purchase.

She said: “I did it. I bought a tiny house and a garden.

“I’m so excited to share this with you, and super excited to get started digging out flower beds and painting and decorating.

“I still can’t quite believe that this is the reality and I got the keys yesterday to my own place.

“As you guys know, I’ve been dreaming about and talking about getting a house for a really long time now but money wise and with being single and buying a huge house, it hasn’t really felt like that was the time.

“But since I’ve dreamt about having my own garden and my own space to do whatever I want to do, I’ve now bought what is apparently called an allotment garden, it is basically a wooden house and then a tiny garden that I can do whatever I want with basically.

“I think it’s because everything happened so quickly over the last week that it still feels a little bit unreal.”

In Elise’s video, she shows around her “wooden house” and the gardens that surround it.

“I can sit here, I can drink my morning coffee, I can look out into my garden, and have a really nice time.

“The previous owner left all of her things here for me to take over.”

As you enter Elise’s cabin there is a seating area with a large sofa and two big armchairs.

Then there is a small kitchen and sitting area, with a table and four chairs.

There’s also a log-burner to heat the house.

Elise added: “There’s a tiny kitchen here, it doesn’t have any water anywhere yet.

“I have an oven, pretty basic.

“Then if you go further out here, it’s possible to install a bathroom and a toilet.

“That is basically my small house.”

Elise is currently staying in an apartment, but wanted to buy a property so that she has something that is hers.

She continued: “It’s going to be my second home, I want to use it over the summertime.

“I want to go here as often as I want to, I can go here for work, for dinner or on the weekends.

“I will put a bed here so it is possible to stay over.

“There is also a shared toilet for the gardens that are here so if I want to stay over and need to go to the bathroom there is one very close.

“This is going to be my place.

“For a long time I’ve felt that I need a place that is actually mine, not my apartment but somewhere I own.

“Even though it was a scary decision to make, I feel so at home here already.

“I’ve only had the keys for one day but it seems so real and so right, it’s quite crazy.

“It’s going to be such a beautiful place when I’m done, it’s so unreal.”

One person said: “I’m really happy for you. It’s a cute little home and has lots of potential. For me the most important thing would be to get water in it and a bathroom. I would put all my money into getting that done because it increases the value of the home.”

Another added: “Enjoy your new property Elise. For me, there is nothing more precious than to own your space to do whatever you want with it. It is sheer bliss and I really felt how happy you are. Blessings to you and your abode!”

A third commented: “Excited to see where the improvements take this tiny house. As a fellow tiny house owner, I wish you the best!”

This story originally appeared on The Sun and was reproduced here with permission.

Sun Feb 20 , 2022
For more than 14 months, Gary Ely has quietly shown up for a job he no longer has at Caplan’s Army Store in St. Johnsbury, Vt. Caplan’s, a work wear outpost in the heart of town, long enjoyed a loyal base of blue-collar customers, including maple sugarers, railroad workers and […] 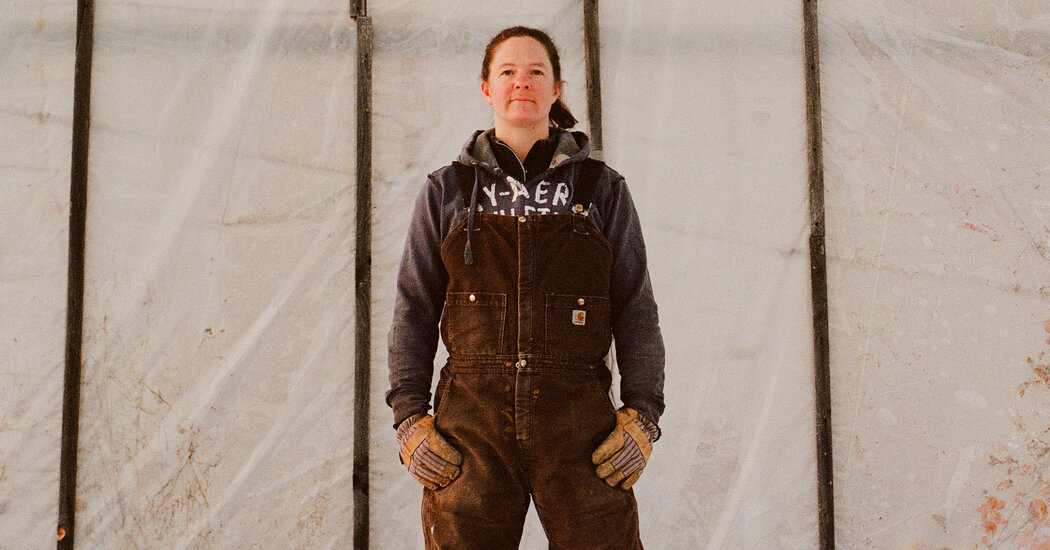