Williams noticed growing concern among his neighbors as well when the shootings went from none to five or six a month, including during the daytime.

“One night in August, we counted shootings five nights in a row in one week,” Williams said.

One night Salama and her 8-year-old daughter had to belly-crawl away from the windows and into the bathroom. There, Salama put her daughter in the bathtub. No bullets could ricochet and hit her there.

Then one night after a shooting, a car fleeing the scene crashed into a fire hydrant in front of Salama’s apartment.

“Just watching how scared they were, and how quickly they were fleeing is really what gave us the idea … if we could find a legal way to put obstacles around the park in the road, fleeing vehicles would likely not want to turn down these residential streets,” said Salama.

Both Williams and Salama started talking to each other and other neighbors. They compared notes and gathered data they could bring to city officials to ask for help.

“We met with the Bureau of Civic Life, their crime prevention through community design team,” Williams said. “We asked what we could do to make this environment less appealing for these instances to occur,” he added.

Working closely with Portland Commissioner Jo Ann Hardesty, Williams and other members of the neighborhood association developed a pilot program that ran from October to December 2021. During this time, shootings dropped by more than two-thirds in the neighborhood while remaining fairly constant in the rest of the city.

The most visible symbol of these efforts is the 18 orange traffic barrels which are being maintained by the Portland Bureau of Transportation.

The pilot program made other changes in the neighborhood, including repairs to lighting in Mt. Scott Park and patrols by park rangers. Some unused parking lots that were causing problems were gated, according to Williams. The Mt. Scott-Arleta Neighborhood Association also partnered with Green Tulip Preschool, where Salama works as the director, and Dunja Marcum, the program director at Vibe of Portland, to put on community-building events in Mt. Scott Park.

Though the pilot program saw results, it’s too early to draw a direct causal connection between these efforts and the reduction in gun violence.

“The data’s gonna keep going, so we can see if a permanent investment in streetscape and infrastructure in the community makes sense, and supports the continuation that we’re experiencing at the moment,” said Williams.

To hear more from Think Out Loud’s conversation with Nadine Salama, Dunja Marcum, and Matchu Williams click the “play” button at the top of the page.

Thu Mar 24 , 2022
In the age of COVID-19, moving to a remote workforce is a necessary but often challenging task. Employers are getting their staff back to the workplace, but in order to keep up with a shift in recent employee demands, many have chosen to provide remote employment as an option.  There […] 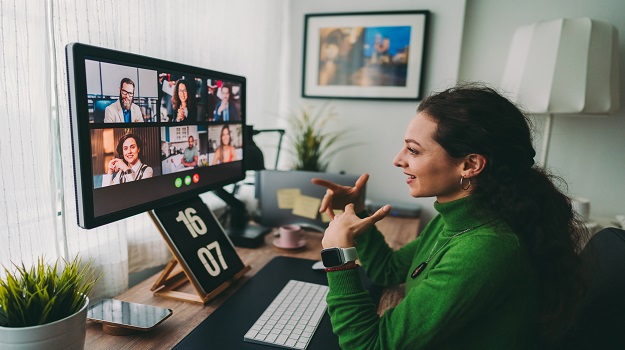