How you doin’? Friends may have ended nearly two decades ago but the popularity of the TV series still endures. A Houston townhome that just went on sale demonstrates just how devoted the famous sitcom’s fans can be.

The characters in the show may have lived in New York but avid fans can experience their world at the Friends-themed pad located in the Heights at 1706 Bevis Street, and it’s “kick-you-in-the-crotch, spit-on-your-neck fantastic.”

The property, which comes fully furnished, includes a living room resembling the group’s favorite hangout spot Central Perk, which features a giant yellow couch and a mural of the coffeehouse. Even a plush version of Ross’s pet monkey, Marcel, is displayed.

Fans can re-enact the show’s iconic theme “I’ll Be There For You” in front of a mural of the water fountain from the opening titles (it even comes with a lamp and artificial grass). Could it be anymore spot on? However, the nods to the show don’t end there. The kitchen is also set up to resemble the one from Monica’s apartment, from its lavender walls and robin’s egg blue cabinets to the famous framed peephole.

If you “pivot” your attention towards the staircase, you’ll find a painting of Ross moving his new sofa upstairs, a tribute to one of the most quotable scenes of the show. On the second floor is a game room with a foosball table, which Chandler and Joey bought after breaking their kitchen table. The Jouets poster seen in Monica’s apartment hangs in one of the bedrooms.

Real Estate Agent Diana Hu says the homeowner previously used the place as an Airbnb. “It was a good business for him but I think at this point in his life he’s a little bit busy and he just decided he didn’t want to do this anymore,” Hu says. “But he had put in a lot of effort into making the place. He even hired professional painters to create the murals.”

“F·R·I·E·N·D·S – If you loved the TV show, then you’ll love this house,” reads a description of the house on HAR. “There are wall murals reminiscent of scenes from the show along with decor and furnishings to make you feel like you’re there. The current owners didn’t ‘monkey’ around when paying attention to details. So have fun looking around and stay alert for those details!”

The 2,015 square-foot townhouse has two bedrooms and three bathrooms and has a current asking price of $330,000. The garage also has a 220 volt charger for Tesla vehicles.

The property has caught the attention of the popular Zillow Gone Wild account on Instagram, where some fans were delighted at its accurate portrayal while others expressed horror, claiming the homage is way too extreme. We think it’s all a “moo-point.”

“The One Where The Fan Took It Too Far,” wrote one user. Another responded “Could this BE any weirder?”

Jan. 6 committee plans to use key video evidence and hire a writer to build a compelling narrative for the public

Tue Mar 22 , 2022
The online multi-media presentation, which would include links to key video evidence, would be in addition to a traditional written report, according to a source familiar with the committee’s work. Presenting its information in a comprehensive and engaging way will be crucial to creating a convincing argument for potential legislative […] 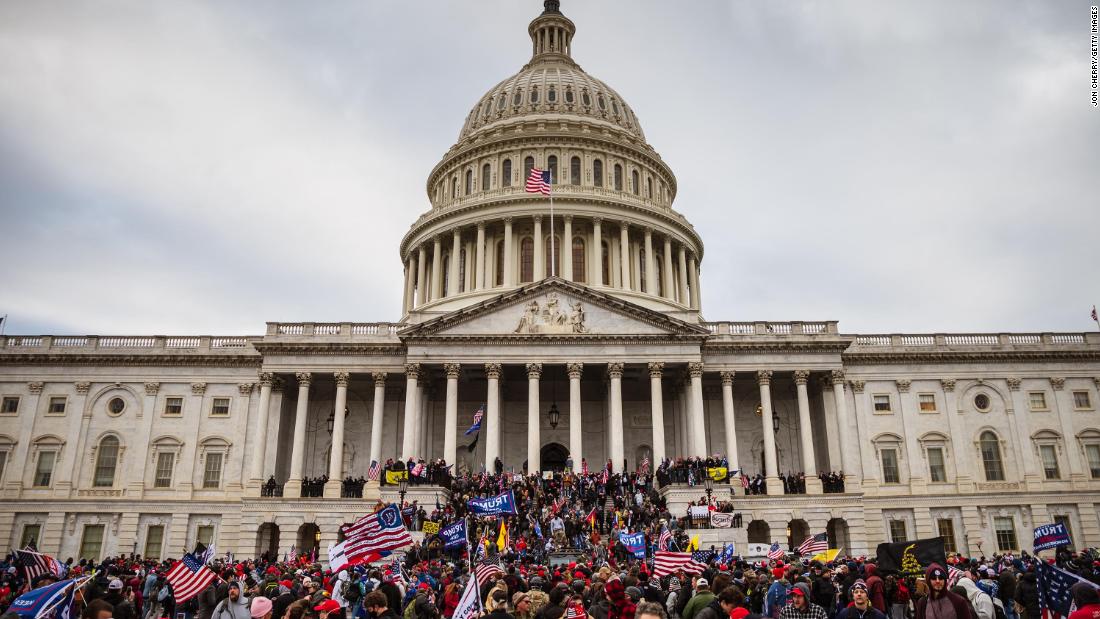