A six-bedroom, five-bath house that is a “work of art you can live in.”

Designed by the Dutch architect Erick van Egeraat, whose projects include museums, government buildings and residential towers around the world, this six-bedroom, five-bath house is just east of central Rotterdam, the Netherlands’ second-largest city.

“The house is a work of art you can live in,” said Leslie D.T. de Ruiter, managing partner of R365|Christie’s International Real Estate in Rotterdam, the listing agent. “It’s very unusual for an architect this famous to build a private home. It’s like hiring a three-star Michelin chef to prepare a meal.”

Known for surreal flourishes, Mr. van Egeraat topped the 5,306-square-foot home with an undulating, thatched roof whose supporting beams protrude “like eyelashes coming from the house,” Mr. de Ruiter said. He also designed the rooms with different ceiling heights and window shapes, prompting the owner to have furniture custom-made to suit the dimensions. While the sale doesn’t include those furnishings, “the owner could discuss it,” Mr. de Ruiter said.

A light-filled entrance hall flows into an airy living/dining area with sloping 20-foot ceilings, curved windows and angled walls. A wood sliding door separates the dining room and the Gaggenau-equipped kitchen, where the center island has a sink and range built in. “The kitchen would make a professional chef jealous,” Mr. de Ruiter said. “The owners did not consider cost when it was designed.”

The main level also features a room the owner used as an office and library, and a second space that became his wife’s painting studio. Both rooms echo the curved lines and oversized windows of the great room.

The home’s lower level has a family room, en suite bedroom and kitchen. Along with a media room, this floor includes a “professional spa, with a sauna and steam bath,” and a terraced back patio, Mr. de Ruiter said. A geothermal pump heats the home, he added, “so heating costs are low.”

Rotterdam, with about 655,000 residents in the South Holland province of the Netherlands, is home to Europe’s busiest port, along with offices for corporations including Shell and Unilever. “It’s the only city in the Netherlands that actually has a skyline,” said Remko Schrijver, owner of the RE/MAX real estate agency in Rotterdam.

This house sits about five miles outside the city center in an affluent area known as the Golden Mile, once a bucolic landscape of small homes on large lots. “Those homes have been replaced by big ones, and there’s almost no more land to build on today,” Mr. de Ruiter said. Rotterdam-The Hague Airport is about 10 miles northwest.

Through the pandemic, a confluence of soaring demand, shrinking inventory and low interest rates has pushed real estate prices across the Netherlands to record heights, according to Carola de Groot, senior economist for the housing market at Dutch financial-services group Rabobank. “People could borrow more and buy more,” she said. As a result, “about 80 percent of homes sold above their asking price last year.”

Now, as interest rates soar and the war in Ukraine strains the Dutch economy, the market has begun to cool — a bit. “In January 2022, house price growth was 21.1 percent year over year. In March, it declined to 19.5 percent. So it’s a bit less overheated, but still far from normal,” Ms. de Groot said.

In central Rotterdam, where apartments make up more than 90 percent of the housing stock, “you would see 70 or 80 people lined up to see basic apartments listed for 300,000 euros,” said Ploni F. Bouman-de Wolf, owner of the Bouman Makelaardij agency in Rotterdam. “There are simply too many buyers for too few homes.”

Rising bank rates have not tamped demand, she added: “Buyers are just changing their searches, so more of them are competing for lower-priced homes.”

Rotterdam is bisected by the Maas river. Neighborhoods north of the river, including Kralingen, Hillegersberg and Schiebroek, are typically more prosperous. But the housing shortage has spurred significant development on the south side, “which has been known as a working-class district,” Ms. Bouman-de Wolf said. Along with conversions of terraced homes to multifamily dwellings, “modern buildings are going up,” she said, promising further transformation of the area’s character.

According to Ms. De Groot, increases in Rotterdam “follow the national pattern of accelerating price growth.” In the first quarter of 2022, prices in Rotterdam rose 19 percent year over year, to an average of 420,000 euros ($481,000), Rabobank reported.

Mr. De Ruiter of Christie’s, who specializes in luxury properties, said his end of the market has soared, with the number of Rotterdam homes that sold for over a million euros doubling over the past five years. In May, the DutchNews website reported that the Netherlands now has 143,000 homes valued at more than one million euros — nearly 10 times more than reported in 2013.

“Rotterdam has gone up, but prices in Amsterdam can be double,” according to Nathalie de Widt, owner of the Rotterdam Apartments real estate firm.

Who Buys in Rotterdam

Although immigrants make up more than half the population of this port city, “the buyer pool in Rotterdam is 90 percent Dutch,” said Sebastiaan van der Velden, managing partner at Kolpa van der Hoek | Sotheby’s International Realty in Rotterdam. “Foreigners who come mostly rent.” Some corporate transfers may look to buy after renting for a year or two “and seeing how expensive it is,” he said.

“The fact is that the high earners in Rotterdam are Dutch by language,” said Mr. Schrijver of RE/MAX. The foreign buyers he has seen recently have come from Ukraine, Moldova and Poland. “We don’t see too many Asian buyers,” he said.

The growing presence of multinational corporations in Rotterdam has also attracted “high-skilled workers from India,” Ms. de Widt said. American buyers are less common, she said. “When they do come, they’re with families, looking for very big houses, in areas with good schools.”

There are no restrictions on foreign buyers in the Netherlands, said Ingomar Souren, an attorney specializing in real estate at the Kneppelhout law firm in Rotterdam.

Notaries oversee property transactions. After agreeing on a price, the buyer and seller sign a sale agreement which the buyer can terminate within three days, after which the purchase is binding, Mr. Souren said. Once the contract is finalized, a notary does due diligence on the property, executes the sales agreement, and registers the deed on the new owner’s behalf. Notary costs can total about 1,500 euros ($1,605), he said.

Foreign buyers have easy access to mortgages through Dutch lenders, said Peter Klaassen, senior manager for tax advice at the Rotterdam office of global accounting firm BDO. “It’s up to you and the bank,” he said.

Because of the housing shortage, Rotterdam’s city council has passed laws discouraging foreigners from buying rental properties in the city, with higher transfer taxes and capital-gains levies.

Buyers in the Netherlands pay a 2 percent transfer tax and no value-added tax, “provided you’re going to live in the property you’re buying,” Mr. Klaassen said. “If you’re buying to let, assuming you get permission from the local council, your transfer tax increases to 8 percent.” That figure will rise to 10.1 percent in 2023, he said.

In 2021, to help first-time home buyers, the government exempted home buyers under the age of 35 from the 2 percent transfer tax on purchases up to 400,000 euros (that amount will increase to 440,000 euros in 2023). The exemption applies to foreign buyers as well, “as long as you can attest in writing that the home is your main residence,” Mr. Klaassen said.

And while buyers in the Netherlands pay no capital-gains taxes on resales, that’s expected to change. The Dutch government has proposed capital-gains tax reforms for 2025 intended to “lower the demand from private investors,” according to a report from Dutch bank ING.

Real estate commissions in the Netherlands average 1 to 2 percent of the purchase price, said Mr. de Ruiter, adding that the annual property taxes on this home come to about 2,768 euros ($2,960).

Sat Jun 4 , 2022
On an unusually cold day in May, Andrea Trimarchi and Simone Farresin are trampling across a large, man-made clearing in the forests of southern Finland, near the Baltic city of Turku. This stark landscape is the result of clear-cutting: swathes of woodland sliced down for timber production, decimating the habitats […] 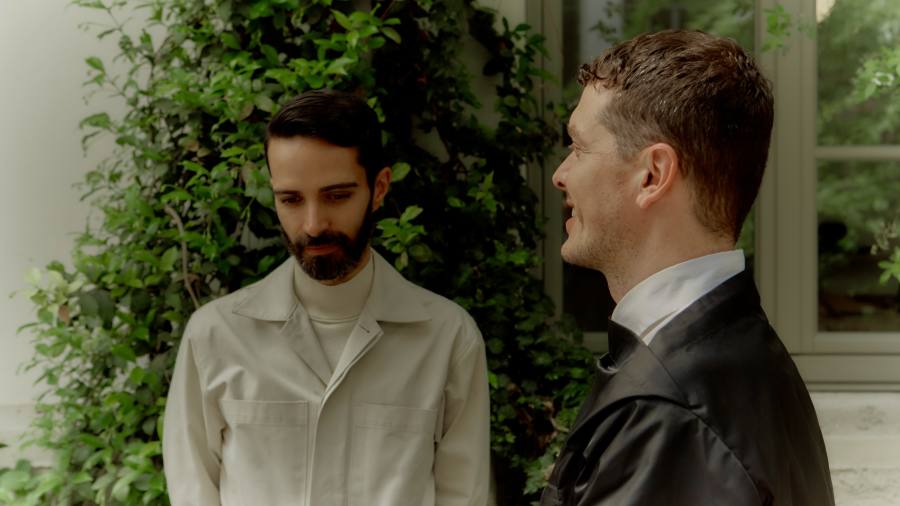