Tucked into the remote hills of Aragón, an autonomous community in northeastern Spain, this converted 17th-century flour mill is now a quaint country residence.

For centuries, mills were vital economic engines for Spain’s rural communities. “Today there are very few left,” said Ana Vela, a co-founder of The Singular Space, an agency that specializes in unique properties across Spain, and which has the listing.

This two-bedroom, one-bath, 2,475-square-foot stone house sits about an hour northeast of the high-altitude town of Teruel, 90 miles northwest of Valencia. The house, on a 4,300-square-foot lot, was fully restored in 2000 with an eye on preserving its authenticity, Ms. Vela said. The home currently is on the market but reserved, meaning the seller has accepted an offer.

The seller, who inherited the property from her mother and used it as a weekend retreat, “has managed to maintain the essence and give it that aesthetic taste that makes the whole lot very welcoming,” Ms. Vela said.

A steep driveway leads to the house, where vines cling to the walls and towering trees cast shade. Past several steps and a front patio, a wood door opens to the living space, which has a brick fireplace, tile floors and beamed ceilings. Continuing back, the dining area has several wood cabinets against the old stone walls. Stairs near the dining table ascend to two large bedrooms, one with a vaulted ceiling.

From the living room to the right is a rudimentary eat-in kitchen with a tile countertop. A bathroom and a room with antique milling machinery are also on the ground floor, toward the back. The house is not equipped for all-season dwelling and needs to be modernized, Ms. Vela said, adding that its power comes from a generator, there is no refrigerator, weak internet access, and the municipal water hookup needs work.

“What seduced us the most about this property is its unique location, with these reddish mountains in the background, and the river that carries water all year round, making it a very attractive and charming place,” she said of the agency’s listing.

The home is enveloped by the mountains of Aragón, along with rivers, orchards, medieval villages and an abundance of black truffles. Torre de Las Arcas, the village nearest to the house, is tiny, with a population of 35, while Montalbán, with about 1,200 residents, is 10 miles southwest. The provincial capital, also called Teruel, is known for its Mudéjar architecture, a style combining Gothic and Islamic aesthetics. Zaragoza Airport is 90 miles north.

The autonomous community of Aragón, tucked between Spain’s three most populous cities — Madrid, Valencia and Barcelona — is dotted with medieval villages recognized by UNESCO for their Mudéjar structures, as well as natural wonders and a 13th-century legend about a pair of tragic lovers.

In the city of Teruel, however, housing prices are rising — about 10 percent so far in 2022, according to BankInter, a Spanish financial-services company based in Madrid. Across Spain, prices grew an average of 6.6 percent, but that rate is slowing.

Teruel’s market picked up this year after the pandemic-driven lag and is now “more alive” than it was before, said Elena Elías, the CEO of Xplora Inmobiliaria, an agency in Teruel.

Citing figures from Spain’s National Statistics Institute, Ms. Elías said this was the busiest March on record since 2007, with 26 percent more sales transactions than in March 2021. In Aragón, sales in March were up 23 percent year after year.

The activity has largely been fueled by people trading up within cities, or buying a second home and selling or renting their previous residence, she said. There’s also been a bit of movement from urban centers, Ms. Elías said, with some buyers looking for urban properties with terraces or suburban homes with outdoor space. But remote, rural properties, which are in many cases not restored and lack the internet and cellular coverage required for remote work, are in low demand.

The exception, she said, are restored historic homes in rural areas. Foreigners, in particular, seek such homes in Teruel’s quaintest towns: Albarracín, Bronchales, Nogueruelas and the neighboring villages of Mora de Rubielos and Rubielos de Mora.

Ms. Vela said she has observed the same trend across Spain, with the market for high-end, well-preserved rural properties seeing a revival with “record numbers” in 2022. Properties in greatest demand are “preferably within a radius of about two hours from a city and/or close to a locality/town with services,” she wrote in an email.

In Valencia, Spain’s third-largest city, the average purchase price in the first quarter of 2022 was 635,000 euros ($670,700), according to Karen Muiños, the sales manager of the Valencia branch of the luxury agency Lucas Fox, citing the firm’s records. Closing prices were 9 percent higher in the first quarter of 2022 than they were a year earlier.

Still, Ms. Muiños added, prices in Valencia are half of what they are in Madrid and Barcelona. “For investors looking for high profitability, this is a key factor,” she said.

Who Buys in Eastern Spain

In Teruel city, the majority of buyers, whether to reside or to invest, are local, Ms. Elías said. Some are associated with a university or working in a temporary job posting. In rural Aragón, buyers are typically from the area or from neighboring autonomous communities, though some come from France and Germany, and fewer from Britain.

Ms. Muiños said that in Valencia, half of buyers in the first quarter of 2022 were Spaniards, with the next largest segment coming from the United States. Her firm also had buyers from Germany, Italy, Lebanon, Mexico and Holland, and began fielding rental inquiries from displaced Ukrainians.

Ms. Vela said foreign buyers across Spain in the distinctive rural-home segment have recently come from France, Germany, Denmark, Latin America and the United States, particularly Miami. “For some, the ideal scenario is to spend half of the year enjoying the house and doing business while they are not there the other half,” she said.

Foreigners can buy real estate in Spain without restrictions. Closing costs paid by the buyer include taxes, the agent’s commission, the property’s registration with the government and the notary’s fee, which total around 15 percent of the purchase price.

Ms. Muiños said foreign buyers can obtain mortgages in Spain, but banks may have different requirements for borrowers from outside the European Union. “Residents can generally borrow up to 80 percent of the property’s assessed value, whereas nonresidents are limited to 60 to 70 percent,” she said.

Aging in Place Comfortably and Stylishly

Fri May 27 , 2022
As baby boomers born between 1946 and 1964 continue to age, the U.S. Census Bureau predicts that people over the age of 65 will outnumber those under the age of 18 as soon as 2034. To address the needs of this rapidly growing population, AARP encourages its members to carefully […] 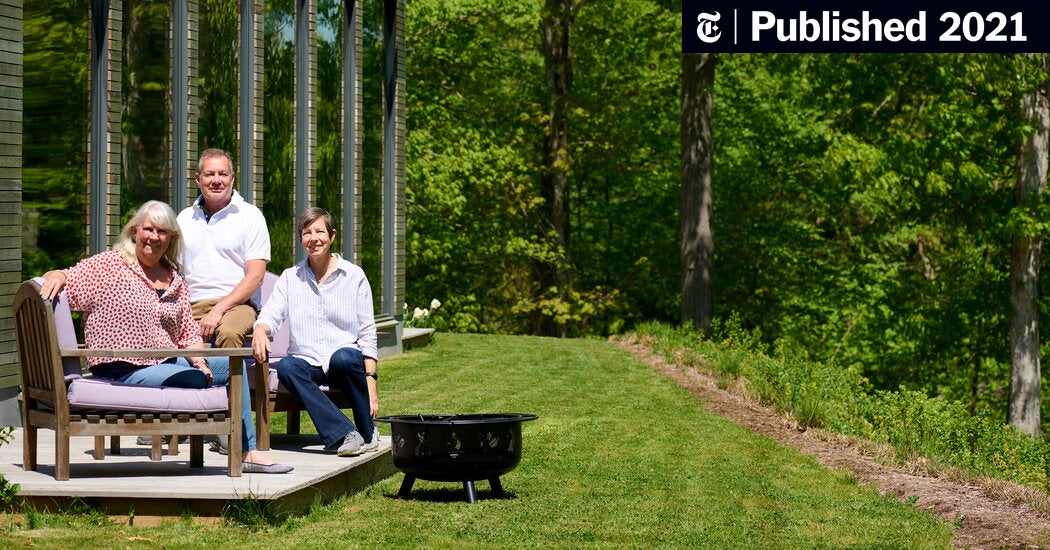