Google executives Michelle Kaufmann and Asim Tahir said the company wanted to design high ceilings, plants and natural light to give the illusion of working outdoors.

Google this week is opening its newest campus in Mountain View, California and executives say they aim to make it a place where employees in the company’s advertising division feel more comfortable returning to the office for decades to come.

The campus dubbed “Bay View” is located on 42 acres adjacent to NASA’s Ames Research Center in Mountain View and will house 4,000 employees working on its ads products led by Google’s VP of Ads Jerry Dischler. It includes two office buildings, a 1,000-person event center and 240 temporary hotel units for employees in town short-term.

Google makes most of its money on advertisements but has employees scattered across the globe. The company reported $54.66 billion in advertising revenue for the first quarter — up from $44.68 billion the year prior.

It’s also the company’s first ground-up developed campus. Google’s other campuses are pre-existing buildings that had been modified by the company, a spokesperson told CNBC.

Executives and spokespeople did not disclose the financial cost of the newest campus. However, it is one of 20 key projects that will receive investments this year to the tune of nearly $10 billion.

The new campus opening comes as the company cautiously brings back the majority of its employees to offices after two years of remote work during the Covid-19 pandemic. Companies face pressure to accommodate worker flexibility during one of the tightest talent markets to date.

“As we started with a blank canvas, we had to ask ourselves another set of questions and that was simply ‘what will work look like in 20 years, 30 years, 50 years, 100 years?’” said Google’s VP of Workplace and Real Estate David Radcliffe. “And I’ll be honest, the conclusion we came to was ‘we have no idea.’ But what we did know was it meant we had to be extra, extra focused on flexibility. This building had to be able to transform itself over its lifetime in order to respond to the demands being put on by the business.”

Part of that planning included accounting for employees coming into the office sporadically — a few days or less, Radcliffe said. The campus has informal spaces, an on-site hotel and different spaces for six to ten-person teams to work. It has modular desks, open spaces, enclosed spaces and see-through spaces.

“A lot of it came down to having that ability to go in between focus states of work and collaboration states of work,” said Michelle Kaufman, director of real estate and workplace services R&D. “How do we build for an unknown future?”

Executives said they think the current design is “the epitome of flexibility.” “Can we have it all?” Kaufman added. “Can we have thousands of people feeling connected and still feel intimate?”

Other features are made to make workers feel like they are outdoors with natural light and high, perforated ceilings. It has privacy booths and tepee-shaped workspaces meant to feel like they’re out on a “trail.”

Courtyards sit between buildings and desks, surrounded by trees and natural wood to give the illusion of “walking in a park,” Kaufman said. They’re features the company plans on including in several other campus sites as “it helps your brain recover a little bit,” Kaufman said.

The roof of the buildings is lined with specially-designed solar panels angled to maximize rainwater collection and light going into the building, executives said.

Throughout the two years of the pandemic, the company asked employees about their working preferences quarterly. Then last year, leading up to the Bay View and return to office deadline, they began asking a random sample of employees on a monthly basis, company executives said.

Google added courtyards in between buildings to give the illuison of “walking in a park,” Kaufman said.

“The majority said coming back in with flexible schedules was what they wanted,” Radcliffe said. “We try to accommodate all the different working styles and not just a one-size-fits-all.”

Part of designing for flexibility means the design doesn’t stop when the building opens, executives said. It will be modified through the months and years.

Gone are the days where “you design the building and, as the architecture, you go away,” Kaufman said. “No, no, no. Now, that’s actually when the design is just starting. When we move in, our job is going to be like a DJ and curating the space.”

Google executives said the first-of-its-kind solar panel roof design combined with nearby wind farms will power the Bay View campus on carbon-free energy 90% of the time.

Tue May 24 , 2022
It took more than two years, but Stillwater Senior Living in Edwardsville finally got to celebrate its expansion. Stillwater, located at 1111 University Drive, held a luau party and ribbon cutting on Friday to officially commemorate the $5.3 million expansion, which was completed on March 15, 2020, with a license […] 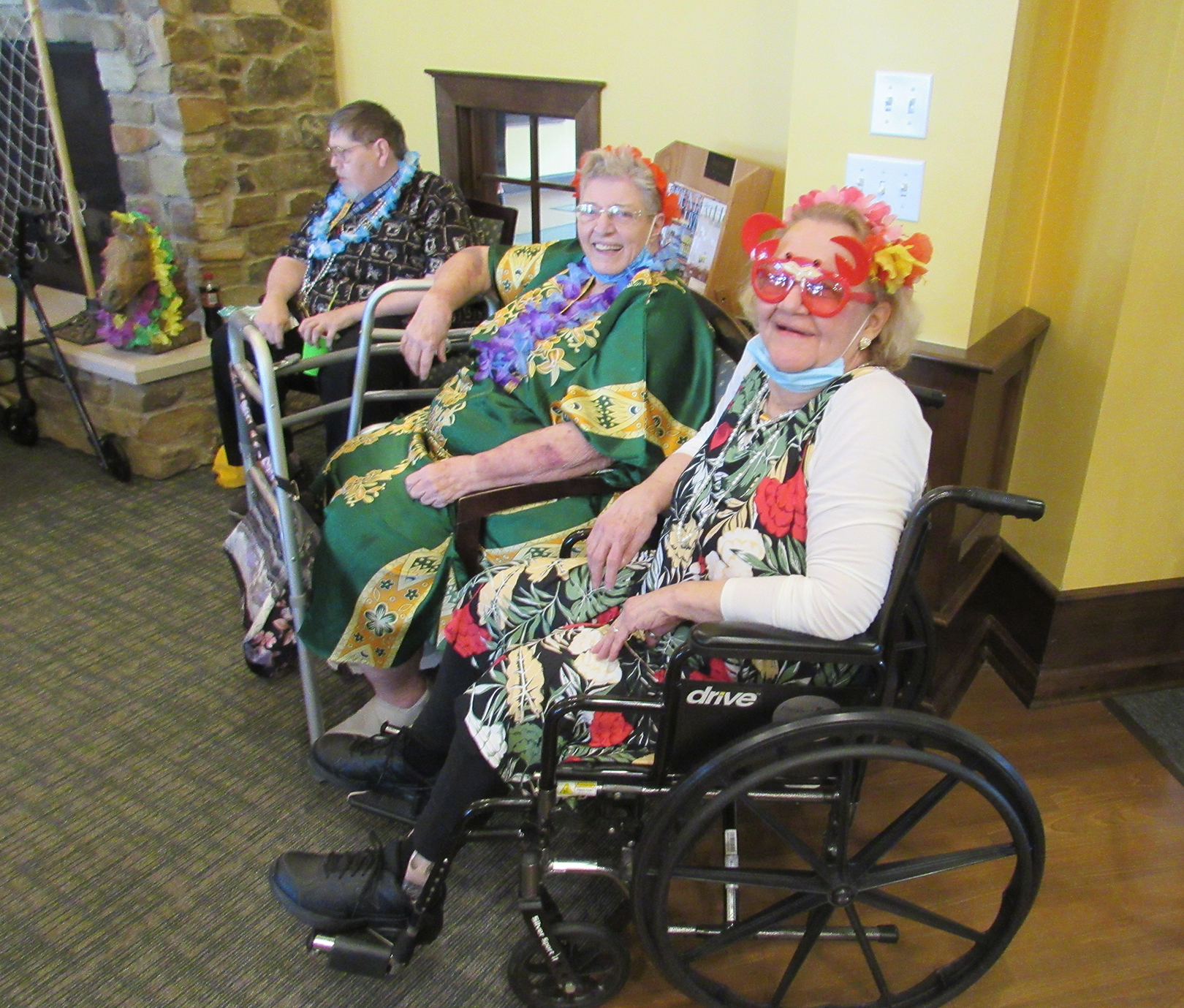