The latest inflation report may fail to qualify as good news, but at the very least, it was a sign that things may be improving.

The Consumer Price Index rose 0.3% in April, the Labor Department reported. That was roughly in line with economists’ forecasts and down substantially from the 1.2% jump recorded in March. At the same time, the annual rate of inflation retreated slightly to 8.3% in April from 8.5% in March.

These glimmers of improvement in April were tempered by a bigger-than-expected jump in the so-called core CPI, which excludes notoriously volatile items such as food and energy prices. Excluding those two categories, CPI rose a stronger-than-expected 0.6%.

“Inflation decelerated in April, but this won’t affect the Fed’s rate-hike plans, as we still have a long way to go before feeling confident that inflation has returned to normal,” Morningstar’s chief U.S. economist Preston Caldwell says.

The softening in the increase of monthly CPI came thanks largely to energy prices easing off recent highs, Caldwell notes. “This is the slowest month-over-month growth since last August, though it still implies an annual inflation rate of 4% that is well above the Fed’s target,” he says. The jump in core CPI of 0.6% “is somewhat more concerning.”

Why Is Inflation So High?

Driving the month-to-month increase in CPI was shelter, food, airline fares, and new-vehicle costs. The food index rose 0.9% for its 17th consecutive monthly increase, while the food-at-home index rose 1%. Notably, the energy index declined in April after months of increases, as gasoline prices fell 6.1%, which offset increases in natural gas and electricity. Meanwhile, costs for apparel, communication, and used cars and trucks all declined in April from March.

The rise in airline fares of 18.6% in April marked the largest one-month increase in the history of the index, which dates back to 1963.

“Vehicle prices, one of the main culprits of the runup in core prices over the past year, ticked up again in April,” Caldwell notes. “Airfares jumped 19%, contributing about 0.1% to the month-to-month rise, owing to rising demand and a lagged response to higher jet fuel prices.”

While the 0.5% increase in shelter prices contributed to the 0.6% rise in core CPI, “other analysts exaggerate shelter’s role in the current rate of inflation by failing to take into account shelter’s high rate of inflation in the years before the pandemic, when economywide inflation was no issue,” Caldwell says.

“The high rate of inflation over the past year is much more attributable to areas like vehicles, which have seen rapid price growth recently, but where prices were quiescent before the pandemic.”

What Is the Current Rate of Inflation?

Even as the month-to-month changes became more muted in April, annual inflation continued to increase significantly from last year.

“In year-over-year terms, the rate of inflation is bound to decelerate in coming months because we’ll be comparing to a higher price base as prices increased rapidly over the course of 2021,” Caldwell says. “So we’ll remain focused on the month-over-month growth rate to understand whether inflationary pressures are truly easing.”

As inflation readings have begun to show some signs of peaking, a key metric of expectations is starting to ease.

One of the most widely watched barometers of inflation expectations comes from the Treasury Inflation-Protected Securities market, also known as TIPS. This reading, known as the breakeven rate, comes from tracking the difference between the five-year nominal Treasury yield and the five-year TIPS yield. The breakeven rate represents the market’s expectation of what inflation will be five years down the line.

That rate has fallen to 2.92%, levels last seen before Russia attacked Ukraine, which sparked an increase in inflation expectations fueled by a surge in oil and other commodity prices.

While the breakeven rate offers some reassuring news, Caldwell says much of it reflects “the mechanics of how oil prices factor into breakevens,” he says. “After higher oil prices become incorporated into the CPI, the TIPS principal adjusts and breakevens become a purely forward-looking indicator.”

“But the five-year, five-year breakeven—reflecting inflation expectations for six to 10 years in the future—has also subsided a bit in the last few weeks, suggesting that markets are taking the Fed’s commitment to tame inflation more seriously,” Caldwell says.

Bond markets are expecting the battle against inflation to continue at the June meeting of the policy-setting Federal Open Market Committee. The Fed raised the federal-funds rate by half a point earlier this month following a quarter-point increase in March.

Futures prices suggest the central bank will raise the federal-funds rate by 0.5 percentage points in June. That follows comments from Fed Chair Jerome Powell, who said the most likely course of action at the June and July meetings is additional half-point tightenings of monetary policy.

“Today’s inflation report probably won’t result in a significant shift in the Fed’s thinking,” Caldwell says. “We’re still set for a likely 50-basis-point hike in the fed-funds rate in the next meeting in June. A fast pace of rate hikes is still needed to ensure that inflation continues to move in the right direction.”

Enjoy a Private Terrace With Views of Central Park From This Light-Filled, ‘Gracious’ Park Avenue Apartment

Thu May 12 , 2022
Listing of the Day Location: New York City Price: $4.575 million  Just steps from Central Park, this distinguished building on Park Avenue is home to a six-room apartment with a grand terrace that is accessible from both the living and dining rooms.“It’s a Rosario Candela (who was a famous architect) […] 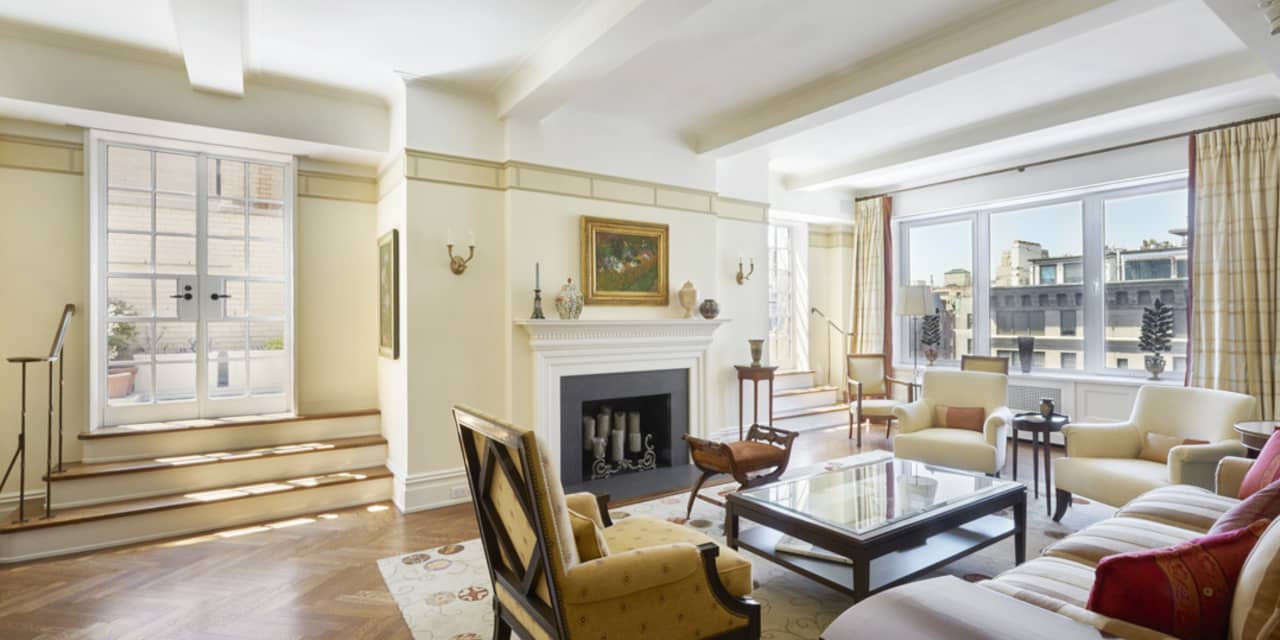