After raising their five children in a four-bedroom, center-hall Colonial on a lake in Guilford, Jessica and Bill Rowen were ready for a change. Describing themselves as “forever house hunters,” they were always looking at properties on Long Island Sound, but also toyed with the idea of renovating their existing home. One day, after looking at a shorefront house in Guilford, they went for a walk around that same neighborhood and came upon a dilapidated, yet beautiful, New England-style cottage. Situated in a private, coastal setting, the direct waterfront home looked to be the perfect retreat. But it wasn’t for sale.

“About six months later, we had given up and figured we’d just stay in this home,” says Bill, noting that they were trying to find a house in their budget with a direct waterfront while keeping the sense of space that they appreciated in their current home. “Then, I was flipping through the paper, and I saw that the cottage had come up under foreclosure, asking an ‘as is’ price, cash offers only, no contingencies. So, Jess and I took a ride down, and as soon as we got there, we said, ‘this is it.’ But we knew that there was a risk that we may not be able to build on it because it’s a difficult piece of property.”

Since the couple already had a relationship with Russ Campaigne, owner of Guilford-based Campaigne Kestner Architects, having contacted him about possibly remodeling their Colonial, they asked him to meet them at the cottage. Bill remembers him saying, “This is a special place, but you have to be ready because it comes with a lot of challenges.”

“We were super excited,” recalls Jessica, adding that the couple are avid sailors. “The house sat on a third of an acre with no houses on either side. We had found this golden nugget on the water in town that we didn’t think was possible for us.”

In March 2015, the couple bought the cottage, which had been damaged by previous storms, and started planning, visiting the property regularly to help with their vision. During this time, they learned what the process would entail, understanding the risks and constraints on the space. This was going to be a complete teardown, and while they had thought about renovating their existing house, building a custom house was never part of the plan.

Testing on the site and initial design layouts revealed that the property didn’t meet setbacks and other requirements of a septic system. With this realization, the couple would not be able to expand the existing heated living space.

“It particularly affects shoreline homes, but it can affect inland homes as well,” notes Campaigne, who says that many clients come to his firm after purchasing shoreline homes and think they can expand, only to learn they can’t. “And it really broadsides people because the state health code will do just about anything to improve your septic system, but they will prevent you from expanding the use of the property if you can’t have a code-compliant septic system. In most situations, as with this one, you’re grandfathered in and can maintain existing heated living spaces, but you can’t add to it. You also cannot expand the existing bedroom count if you cannot get a compliant septic. It wasn’t zoning that was constraining us, or FEMA for that matter, it was the health code.”

While the couple was guaranteed the existing amount of heated living space, Campaigne knew that the Rowens were hoping for more square footage, having come from a 3,400-square-foot house. Fortunately, there were ways to make it more livable, but Campaigne needed them to prioritize what was important since the new house would have a smaller, 2,688-square-foot area.

“We actually went through our house and measured the space that we used versus the space that we had,” says Jessica, adding that their youngest was still living at home at the time and both she and Bill were retired, after selling their medical product company. “We couldn’t have four or five bedrooms, we were maxed out at three, so that was a change. But we said, can we make it work and feel comfortable here?  We really wanted an open-concept living space that had views from every room, and Russ was pretty masterful at creating multi-functioning spaces and expansive outdoor spaces that make the house live much larger.”

Still, sacrifices had to be made. “Well, we did have to give up a home theater,” Bill laughs. “And storage is tough to get in a waterfront home because you don’t have a basement or usable attic space. But we figured it out.”

Restrictions spur a more thoughtful design, according to Campaigne. “In a lot of ways, the constraints can be beneficial to the process because it forces the homeowner to really think and prioritize. In the end, it makes for a better space that’s more livable, and really fits their needs. Plus, if you can balance the priorities of your square footage, you often can have higher-quality material and detail such as built-ins and more creative storage solutions that really enhance the project overall.”

While FEMA required the house to be raised 4 feet higher than the existing structure, it was raised 9 feet for future resilience. This allowed room under the house for a garage, storage and an elevator to bring people up to an open, L-shaped living space with fireplace, dining area looking out, and kitchen looking over the dining space. The design accounts for both the southern light, and takes full advantage of the property’s quiet, dead-end location with sweeping 180- to even 270-degree views.

Along with three bedrooms, Campaigne fit two full bathrooms upstairs and a full downstairs as well as a half-bath in the front entry. And since the master suite was a priority, Campaigne made it work by tucking the bed into a bay window and creating a small sitting area. Closets are efficient, allowing for a reach-in for him and a walk-in for her. Elsewhere in the home, closets were tucked wherever they could find space.

Campaigne’s design brought one of the three bedrooms downstairs and created a mini apartment with a bathroom that has access to a deck, beach and hot tub. A pocket door separates it from the main house, and it acts as both a guest room, den and home office, with a pullout couch, television and desk.

One of their favorite spaces is the unheated sunroom off the back with full-glass, winterized, bifold doors that close when it gets cold. “It sits closest to the water and it’s surrounded on three sides by windows,” Jessica says. “It feels like you’re on the water when you’re in there. It’s really beautiful.”

In fact, Jessica thinks they gained more than they had to give up. In essence, they were starting completely over. They got rid of all their furniture and filled two dumpsters. Each of their children, now young adults, were given a box of their memorabilia.

By starting fresh, they were able to customize the size of the furniture to match the space. Jessica worked closely with interior designer Alicia Kraven on not only furniture selection, but also finishes and color selection to achieve a soft and beachy cottage feel. A natural palette indoors enables the water views to be the star. Plus, Jessica wanted the colors and textures to honor the coastal New England details that Russ had already incorporated architecturally.

“We interviewed a few other architects during that break in between the design-build just to get an idea,” says Bill, who was excited to move into the house in November 2018 after breaking ground in the summer of 2016. “And why we went with Russ is not just because of the beautiful houses that his team designs, but because Russ is different. He sees things for the beauty, but also thinks with the mind of an engineer. It is invaluable. He understands the depth of knowledge and engineering that is required for a house like that to survive a hurricane.”

Speaking of storms, should a big one come through, the foundation system’s breakaway walls are designed to collapse and not fight the water, but instead “allow nature to essentially do its thing,” says Campaigne, who worked with Tom Tolla Construction Services Unlimited, based in Guilford.

And, in a way, that’s what’s happening every day. Nature abounds right outside the windows with “different types of shorebirds and the changing look of everything outside,” Jessica says. “There’s a feeling of peace here. It’s a permanent vacation feeling.”

5 driving tips to keep you safe on Utah winter roads

Fri Feb 18 , 2022
Estimated read time: 5-6 minutes Winter may seem to be on its way out, but if you know Utah, then you know the weather can be as unpredictable as Sunday night dinner at your great aunt’s. Regardless of the weather forecast, it’s best to be prepared until well into March […] 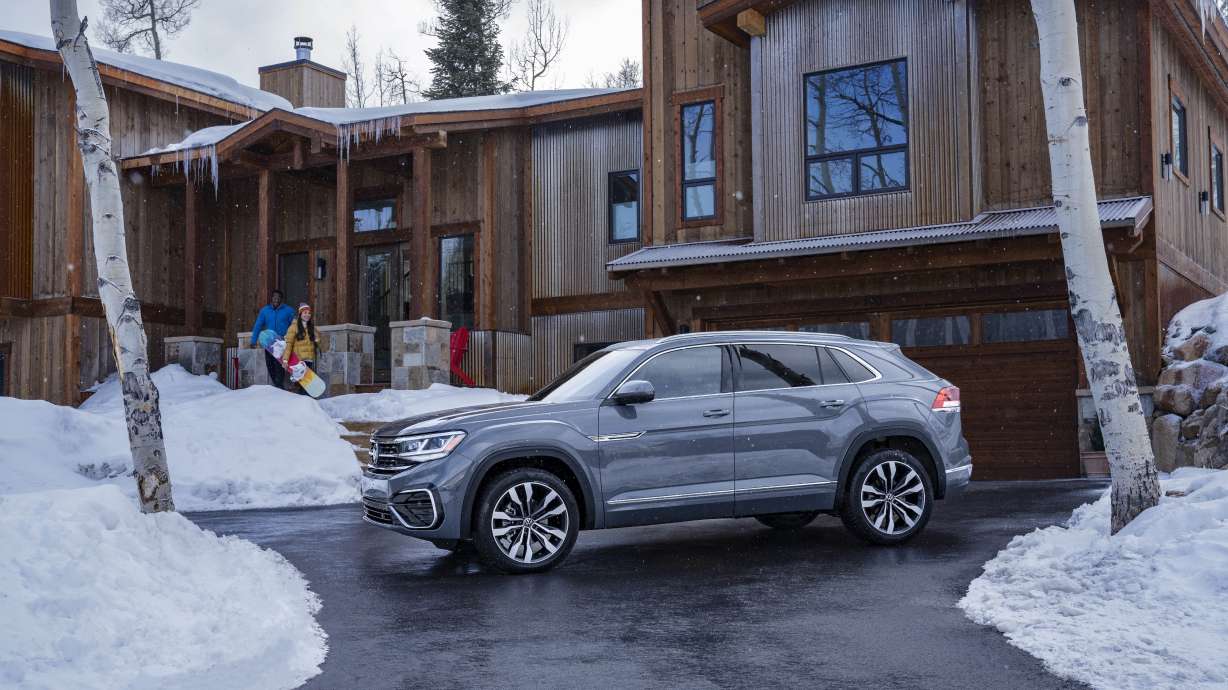