The Filoli Historic House & Garden is a sprawling country estate built in Woodside, Calif. — about 30 minutes south of San Francisco — between 1915 and 1917. Designed by architect Willis Polk, the elegant 54,256-square-foot mansion at its center has its own résumé of television and film credits; most famously, it stood in for the Carrington estate on the prime-time soap “Dynasty.”

But long before that, it was the home of two wealthy families who contributed to the rise of the Bay Area as an economic powerhouse: the Bourns and the Roths. Since the estate opened to the public in the late 1970s, its extravagant exteriors and artful formal and informal gardens have made it a popular retreat. Its exhibits, which change with the seasons, showcase how the estate operated when it was a private home.

William Bowers Bourn II, heir to the Empire gold mine fortune, purchased the land outside San Francisco in 1915 and hired his friend Polk to design the expansive country retreat. Bourn and his wife, Agnes, had the house and gardens built to accommodate entertaining on a lavish scale; the couple hosted parties, concerts and balls in the mansion’s more than 2,000-square-foot ballroom. Both Bourns died in 1936, and the 654-acre estate was subsequently purchased by William P. Roth and his wife, Lurline, a shipping heiress. The Roths bolstered the estate’s botanic collections and added elements such as the swimming pool to its 16 acres of gardens. Lurline Roth donated the property to the National Trust for Historic Preservation in 1975, declaring it “too beautiful to be private.”

Visitors to the estate approach via its grand driveway and may take a self-guided tour of the mansion. The route passes through foyers, porticos, libraries and a ballroom in which they hear a lively period waltz. From the humble servants’ quarters to the elegant drawing and reception rooms, the tour is peppered with informative placards that explain how each room was used. The mansion’s opulent interiors are a window into a bygone era. But it is the botanical wonders of the garden — and frankly, the vibes — that bring me back again and again.

Filoli is relatively contemporary compared with centuries-old homes such as Highclere Castle, which stands in for the titular estate in “Downton Abbey.” “It’s maybe a more accessible story, because this is at the beginning of what we consider modern times,” said Kara Newport, Filoli’s chief executive. And as at many historical sites in recent years, the curators at Filoli have made an effort to spotlight the less palatable aspects of its existence, such as the discrimination and racism prevalent in its heyday. Newport, who came to Filoli in 2016 after having worked at Delaware’s Winterthur Museum, said future exhibits will be shaped by this effort to take a more nuanced look at the estate’s past.

“We were very focused on the two families who lived in the homes, and those stories are great, but there’s so many more stories here,” Newport said.

The land occupied by the estate is on the traditional territory of the Ramaytush Ohlone, an Indigenous people who lived in the Bay Area before the Spanish occupation and mission system wiped out their numbers. (The estate now has a land declaration posted on its site and an exhibit in the visitor center about the native people who once lived there.)

“Stories of Resilience,” the exhibit I saw in March, highlighted the stories of Filoli staff who faced adversity because of nationality, race or ethnicity. For example, Teikichi Taga, the estate’s Japanese butler, was forcibly relocated and incarcerated with his family in an internment camp during World War II. An information panel notes that census records don’t show any Black staff at Filoli while either family lived at the estate, and points out that the most sought-after jazz musicians of the time, such as Duke Ellington and Louis Armstrong, were not among the musicians who performed there.

The formal gardens blend two English garden styles — 18th-century Georgian gardens and the more formal English Renaissance style — and were completed in 1929. Created by landscape designer Bruce Porter and horticulturist Isabella Worn, the beautiful and meticulously maintained spaces are divided into “rooms” separated by hedges and trees, and are the sites of spectacular displays of daffodils and tulips in the spring and roses in the summer. Passing through the rainbow gradient of blooms in the Rose Garden, I milled around peacefully, letting the sun warm my face and the wind blow the hem of my dress around my ankles. Many families were out for Mother’s Day, including mine, and the bright colors and unhurried atmosphere made everything feel lighter.

Brick and wrought-iron garden gates and doors, many the hosts of thick accumulations of climbing wisteria and ivy, connect the rooms and are one of the few reminders of passing time. My favorite part of the Walled Garden, an expansive formal area subdivided into discrete rooms just off the glass-paneled garden house, is the Wedding Place, a terraced grassy staircase where the Roths’ daughter Berenice wed in 1941.

Another jewel of the property, the Sunken Garden is filled with water lilies and flanked by dramatic flower beds, and it sparkles just as brightly in the sun of the warmer months as it does on winter holiday evenings. Sitting in deck chairs under the glass awning among potted flower displays in front of the glamorous pool, my mother and I have passed many a leisurely afternoon.

The estate wasn’t constructed just for aesthetic beauty, though it has that in spades. It’s a working estate that hosts a nature preserve with a peaceful, mile-long trail that’s open to hikers, fruit-producing orchards and an apiary that produces honey made by bees that pollinate the lavender fields and flowers. Local community groups take part in nature and historical education programs on-site, too. The estate stayed open for much of the pandemic, with adjusted procedures in line with state and local guidelines; the county recently lifted its indoor mask mandate for vaccinated guests, but masks are still required for unvaccinated visitors.

My family’s visit to see the house decorated for Christmas and the gardens draped with lights began on an inauspicious note, at the end of a long workweek with omicron casting a growing shadow over the holiday. My soon-to-be sister-in-law joined us on a brisk December night when the rain was coming down in sheets; it was the first time I’ve ever had to psych myself up for a visit. We perked up while strolling through the warm house, which was filled with towering Christmas trees bedazzled with baubles the size of my head and re-creations of sweets that would have been served at early-20th-century holiday parties that made my teeth ache.

But even with our soggy shoes and cold noses, wandering the gardens in the rain had a magical feel that I wasn’t prepared for. The rain splintered on the ground and refracted off the bulbs adorning the trees and bushes around us, casting sparkling light that guided us through the dark paths. The four of us emerged from the Woodland Garden, an informal area filled with camellias and staghorn ferns, and found ourselves on a paved terrace equipped with drink stands. Murmuring along to the Christmas songs sung much more skillfully by Ella Fitzgerald, the four of us clutched each other — and cups of mulled wine — under our umbrellas. It felt like our own pandemic-era version of a glamorous garden party — and my own cinematic moment.

This estate about 30 minutes south of San Francisco is a National Trust for Historic Preservation property and designated California Historical Landmark. Its stunning gardens showcase a vast collection of seasonal plants, flowers and trees. Visitors may take self-guided tours of the house and hike at the nature preserve. Download a map from its site. A shop sells garden supplies, home goods, live plants, honey and fruit butters produced at the estate’s farm, and a cafe sells grab-and-go meals, pastries and drinks. Reservations required. Gardens open daily 10 a.m. to 5 p.m.; house open 11 a.m. to 4:30 p.m.; check website for hours of seasonal events, such as Holidays at Filoli. Tickets include access to the house, garden and Estate Trail, a one-mile self-guided walk. General admission $25 for adults; $22 seniors 65 and over; students, teachers and military $20; and children 5 to 17 $15; check website for special event admission.

Potential travelers should take local and national public health directives regarding the pandemic into consideration before planning any trips. Travel health notice information can be found on the Centers for Disease Control and Prevention’s interactive map showing travel recommendations by destination and the CDC’s travel health notice webpage.

Sat Feb 19 , 2022
On The Necessity Of Gardening – An ABC Of Art, Botany And Cultivation On the Necessity of Gardening (Idea Books, £30) A is for Algae, E is for Eden, R is for rooted… this ABC of botany and cultivation tells the social, cultural and political history of the garden. It […] 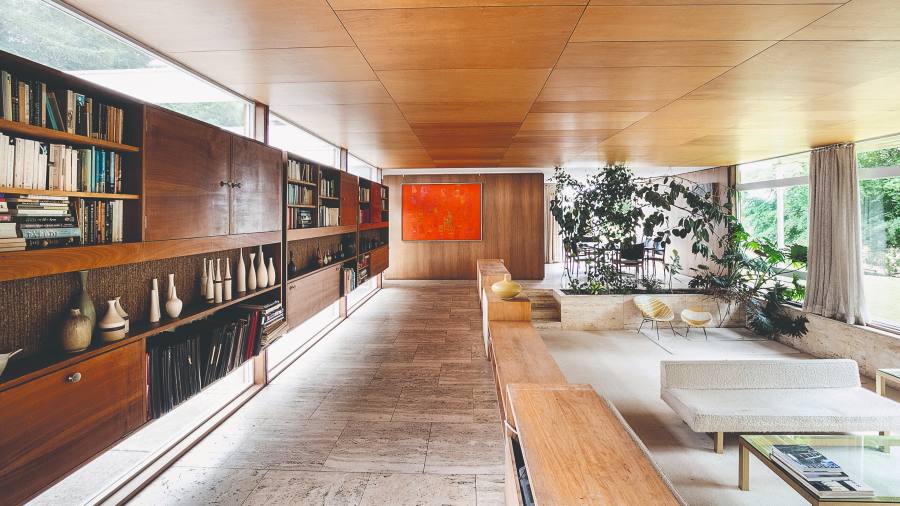