Edward C. (Eddie) Hayward III was born and raised in Grenada, Mississippi, by loving parents, Christine and E.C. Hayward, Jr.  He attended Millsaps College his freshman year, then transferred to Ole Miss to receive his undergraduate degree in business.  He married the former Linda Stanfill, also of Grenada, in 1965. They soon moved to Memphis to begin their business careers.

Eddie spent his early career in banking and then as office and credit manager for a large wholesale paper company.  In 1979 he went to work in a large retail florist and in 1981 purchased his own flower shop, which he named Southern Hospitality Flowers and Fine Gifts. He was very active in the florist industry in Tennessee for the next 25 years. He served as a regional Tennessee Teleflora President. He served the Tennessee State Florists’ Association (TSFA) as a board member, then as Vice President, President Elect, and finally as President. He was later inducted into the TSFA Hall of Fame. Two highlights during his floral career were being on the design team for President Ronald Reagan’s Second Inauguration and designing all the wedding flowers for Kellye Cash, a Miss America from Tennessee.

Eddie sold his flower shop in 2004;  and he and Linda ultimately retired in Ridgeland, MS. They built their dream house, for which Eddie did the initial design and layout, turning it over to a draftsman to complete the actual detailed house plans.

In addition to the house design, Eddie also planned 3 surrounding courtyards, each with a different theme — Southern, French, and Oriental. Once his garden was completed, his garden was sent for inclusion on the popular tour, Gardens of Madison County. His home is now surrounded by more than 100 azaleas, 20 crepe myrtles, 6 large, profusely blooming camellia bushes, and many magnolias.  The front of the home is a symmetrical, formal French style, highlighted by many boxwoods lining the circular drive and beautiful urns holding graceful ferns.

In addition to gardening, Eddie had another love — Ole Miss!  He and Linda both enjoyed the Ole Miss Marching Band and felt the Band was sometimes overlooked, though they were a critical part of the Ole Miss spirit at football games in particular. He and Linda first placed bequests to the Ole Miss Marching Band in their wills. Eddie took it a step further and began to raise funds for a scholarship to honor David E. Willson, the Director of University Bands for over 30 years. Eddie singularly raised the $25,000 to endow a scholarship in David’s name, reaching his goal near the end of 2021.

To say that Eddie loved people is an understatement!  He asked God to help him “seek a blessing” each day where even the smallest of gifts would hopefully brighten someone’s day. He became friends with many employees in shops and businesses to which he ran frequent errands. He saw value in everyone, no matter their race, their age, or their gender. He absolutely loved living once again in Mississippi where courtesy and respect are typical traits of many Mississippians, no matter their race or gender.

Eddie and Linda’s favorite pastime was cruising the high seas. Their first cruise was in 1978 in an inside cabin with no windows. But they fell in love with the typically friendly fellow passengers and crew. Now they’ve completed over 25 cruises in the Caribbean, South America, the Mediterranean, Northern Europe and Russia;  They’ve formed close friendships with many fellow passengers, sailing again and again with a number of them. In fact they had already scheduled another cruise with friends in 2022!

Visitation will be 5-7pm Thursday April 7, 2022 at Parkway Funeral Home in Ridgeland. Funeral services will be 11:00am Friday April 8, 2022 at All Saints Episcopal Church in Grenada, MS preceded by visitation from 10-11am in the Parish House at the church. Burial will be in Woodlawn Cemetery in Grenada.

Housing for LGBTQIA+ seniors under construction in Capitol Hill

Fri Apr 8 , 2022
‘Pride Place’ in Seattle’s Capitol Hill neighborhood will include 118 apartment units for LGBTQIA+ seniors, a clinic, GenPRIDE offices and more. SEATTLE — A new development on Broadway between Pike and Pine in Seattle’s Capitol Hill neighborhood hopes to serve as a cornerstone for intergenerational care and education among members […] 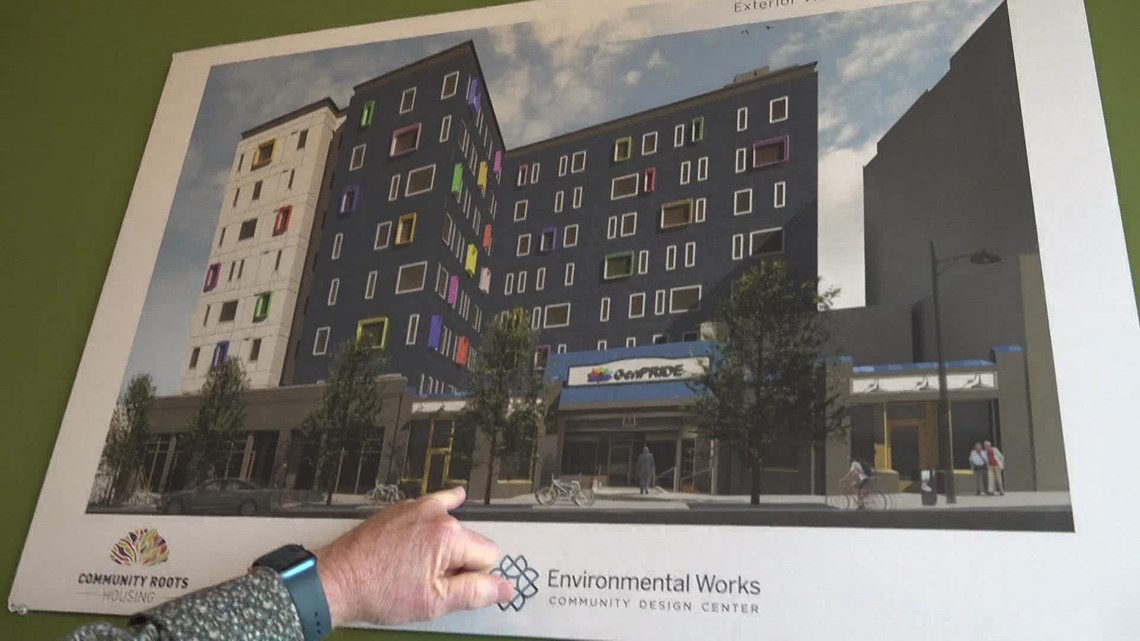