Editorial: As one housing innovator retires, Charleston must keep innovating

By some measures, Charleston’s housing crisis is as severe as ever, as increasingly more workers across the city (and region) have a harder time finding a decent place to live near where they work. But the situation is nowhere near as bad as it could be if not for the aggressive and innovative work done by the Charleston Housing Authority.

That work is worth remembering as the authority’s longtime CEO Don Cameron retires and Chief Operating Officer Arthur Milligan steps into the lead role at the autonomous city agency. (Its board is appointed by City Council, but it operates independently of City Hall.) Mr. Milligan’s challenge — and the challenge facing the authority’s board, operating staff and partners — will be to continue to think outside the box and find newer ways to provide more safe, affordable places to live.

During his 46-year tenure, Mr. Cameron worked with then-Mayor Joe Riley and others to expand the housing authority’s efforts beyond managing the approximately 1,400 public housing units built with the federal government’s help as well as the 1,600 federally funded Section 8 vouchers that allow tenants to rent a private home or apartment they otherwise could not afford. In other words, Mr. Cameron didn’t just manage what was on his plate; he found a much bigger plate and managed everything on that, too.

One example of this innovation was the authority’s acquisition and operation of the historic William Enston Home on upper King Street, which not only ensured that it remained affordable but also expanded it with new brick townhomes that complemented the late 19th and early 20th century ones. That sensitivity to design also led to one of the city’s greatest achievements: its scattered site housing in which new public housing units were built across the middle of the historic peninsula. These units not only looked much like their far older neighboring homes, but they also helped diversify neighborhoods by income. And they won the highest design awards from the U.S. Department of Housing and Urban Development and the American Institute of Architects.

But the housing authority’s best move was its efforts to buy rental properties across the city — when their owners were willing to sell — to ensure that the units remained affordable and weren’t razed and gentrified into something pricier. The authority rents these units at below-market rates while still making enough income to cover its costs, plus a little for other affordable housing work. It currently has nearly 950 of these workforce housing apartments.

The authority owned about 1,100 apartments for low-income tenants when Mr. Cameron started work in 1975; today it owns 1,407, administers 1,593 housing vouchers that tenants use to pay rent elsewhere, and owns 1,315 other workforce and specialized units, according to a recent story by Post and Courier reporter David Slade. Last year, about one of every 14 households in Charleston benefited directly from the authority, through either its government-owned housing, vouchers or authority-owned housing.

That’s a lot to manage, but as state Rep. Wendell Gilliard told Mr. Slade, “The reason Don was so visionary was that he was in touch with residents and kept his ears to the ground.” Mr. Milligan and other authority leaders must maintain residents’ trust as they embark on plans to renovate or replace the authority’s 1,407 existing public housing units. Some will be renovated, but many are expected to be torn down and replaced with taller, denser buildings that could add about 1,200 to 1,500 more apartments for those with moderate incomes.

Charleston has seen how badly housing authorities can go wrong: The Charleston County Housing Authority has lacked consistent, stable guidance in recent years, a big reason it’s grappling with overdue repairs at its Joseph Floyd Manor complex. Leadership matters, especially at the top of a government entity with a key role to play in addressing one of the region’s great challenges. The Charleston Housing Authority has had it — and must keep it.

The pandemic has brought much focus to personal protection through cleanliness and sanitation. The business world has felt the effects, in protecting employees as well as consumers.

The U.S. food supply has always been among the safest in the world, but more can be done.

The South Carolina Department of Agriculture has announced the On-Farm Improvement Cost Share Program. Through USDA Specialty Crop Block Grant funding administered by SCDA, farmers covered by the Produce Safety Rule can receive reimbursements up to $2,000 per year per farm for on-farm food-safety improvements.

Examples of improvements that may be eligible for funding include hand-washing stations, worker training resources and harvest bins. These measures help farms reduce the risk of food-borne illness in the fruits and vegetables they grow.

According to SCDA, its produce safety team recognizes that many South Carolina produce farms identify needed improvements but lack the money to implement changes. This program is designed to help farms make these improvements and comply with the requirements of the federal Produce Safety Rule.

“I hope South Carolina produce farmers will explore this opportunity to upgrade their food-safety protections,” South Carolina Commissioner of Agriculture Hugh Weathers said. “These cost-share grants are an excellent use of taxpayer funds, as they support farms that are already demonstrating a commitment to food safety.”

Funds are available on a first-come first-served basis until depleted. The deadline to apply for reimbursement for the cost share is Aug. 1. Visit agriculture.sc.gov/grants to download the application, request an on-farm evaluation and learn about next steps.

In a major agricultural area such as The T&D Region, traditional crops continue to play a big role in the economy. But specialty crops including fruits and vegetables are bigger than ever.

The South Carolina Department of Agriculture has allocated more than $600,000 from the 2021 USDA Specialty Crop Block Grant Program to 12 projects to increase the competitiveness of specialty crops in the state. Funded projects include research to improve strawberry, watermelon and peach crops, and packaging for produce farmers.

Grants to promote food safety are a logical and needed extension of the SCDA’s efforts. Farmers should take advantage of the available funds in making improvements.

Editorial: Taking a COVID peek (or is that peak?)

Who knows what is next? No one said mankind could completely take down the coronavirus — or any virus for that matter — but in case you haven’t noticed, the cases are climbing again.

And in case you haven’t heard, despite the fact that people can contract the virus after not only one, but two vaccinations, plus a booster, the vaccine still appears to be the best way to avoid COVID-19 or, at least, be less sick than if you had not been vaccinated.

In case you haven’t noticed, we’re still hovering close to having only half of all eligible South Carolinians vaccinated.

So, what’s the takeaway here?

Well, we’re inclined to think that if more South Carolinians would get fully vaccinated then the number of COVID-19 cases would not continue the upward trend the state is now witnessing.

It would also mean something else, which is that our hospitals could take care of more people who have other illnesses requiring hospitalization.

Yes, that’s why we have hospitals — to take care of the sick. We’re taking a jab at this, knowing we are not medical experts, but we suspect a good many would not have darkened the door of our hospitals had they rolled up their sleeves and gotten the protection medical science is offering them.

Copyright 2022 The Associated Press. All rights reserved. This material may not be published, broadcast, rewritten or redistributed.

Home organizers share 6 pro tips to get clutter under control

Fri Jan 7 , 2022
The party had to end sometime. Now that the holidays are behind us, we must reconcile all the eating, buying, hedonism and general gluttony. After the crest comes the crash. Which is why January brings the diets, the budgets, the self-improvement resolutions and the once-and-for-all promises to get organized. Fortunately, […] 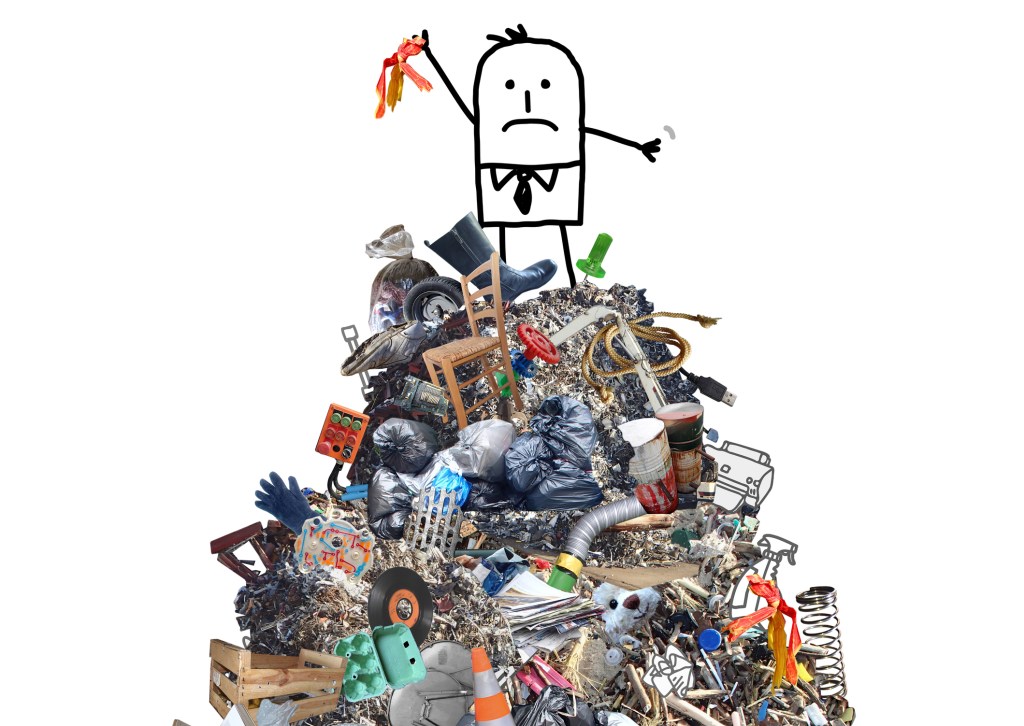