Once the giant propane-powered griddle was assembled on the porch of my parents’ house, friends and family members passed by in succession, many confused about what you would do with such a vast cooking surface. Not my sister, though. She got the idea right away.

“I want to cover that thing with bacon.”

The magic of the Cuisinart 36-inch Four-Burner Gas Griddle (CGG-0036) is the feeling that you can cover it with a metric ton of food. Perhaps along with all the bacon, you’d like to make pancakes for a group, all at once instead of one or two at a time in a skillet on the stove. Later, you could also cover it with vegetables of all sizes—there’s no grate for them to fall through—or spread everything to make dinner for four across the top.

Cooking on this thing, flipping chops on one side and a big pile of onions on the other, put me in mind of Argentine chef Francis Mallmann floating over his grills and flames like an artist painting to music. Once you get into the griddle groove, you might find yourself doing the same.

A giant griddle (sometimes called a flattop grill) is a great way to feed a bunch of people in a hurry. Griddles aren’t new, of course. I grew up with my mom’s electric version on the kitchen counter. Restaurants, from greasy spoons to high-end joints, use large flattops to great effect, and at almost 3 feet wide and 21 inches deep, this one rivals some pro-kitchen griddles in size. Other highly ranked models in this category, usually in the $300 to $450 range, include versions from Nexgrill and Blackstone. (Cuisinart also sells a 28-inch, two-burner model of this griddle for $300.) In a 2018 Popular Science article, Joe Brown used a review of a Home Chef flattop as a vehicle to illustrate the popularity of outdoor griddles, and his story helped turn on the jets for the category.

While a propane-powered outdoor griddle still might be a novelty to many home chefs, the form is familiar: Take a four-burner gas grill and replace the grates with a big rolled-steel plate, remove the lid, and just about everything else will be similar. On the Cuisinart (just like on most grills) the burner elements run front to back, and the two front corners have holes that lead down to metal grease cups that collect oil and gunk.

Setup could have gone easier with this model, particularly the seasoning process, where you scrub “shipping oil”—whatever that is—off that giant, heavy cooktop, then hit it with high heat and a slick of canola until it’s seasoned, repeating the process until the cooking surface is smooth and black. More than putting everything together, this regreasing took quite a while. Just like my carbon-steel pans that were not seasoned when I bought them, I sure wished the griddle had come pre-seasoned à la a Lodge cast-iron skillet.

The seasoning process also made it clear that the heat is concentrated along the griddle’s widthwise centerline. With all burners on at the same setting, the temperature would ideally be even everywhere on the cooking surface, so this is bad. What surprised me was how quickly I got used to it. Yes, nice, even heat would be easier to work with, but how far are you going to roam when you’re cooking 20 burgers at once? I just stood there, flipping and moving food from center to back or front, and vice versa, depending on what it needed.

While we’re talking about heating, I’ll also mention an issue in which the flame would occasionally start at, or drop to, a low level, no matter where the knobs were set. At first, I thought this was a low-tank problem, but it happened again with a different tank. To fix it, I’d just detach and reattach the tank. I can’t be 100 percent certain the problem was with the griddle and not the tanks, but it sure seemed that way. I am 100 percent sure that if I owned the griddle, that problem would get really annoying.

I also wished it had some sort of three-walled backsplash to keep the grease splatters from the porch and side of the house. (Sorry, Mom and Dad!) Similarly, I pined for a lid to shelter the grill when it rained, to contain heat and cook thicker items more easily, and to keep the cover from coming in contact with the cooking surface when it’s not in use. The combination of wheels on one end of the griddle and adjustable feet on the other didn’t make a ton of sense when it came to leveling it out. Surprisingly cheap-feeling knobs and slightly wobbly legs didn’t help.

I did love how grease fires are a thing of the past on outdoor griddles, as you just scrape all the gunk into what’s called a grease well. On other top-ranked models, these are in the back, allowing you to push everything away from you into the well. The Cuisinart has two metal grease cups that work fine, but for reasons I don’t understand, they’re on the front corners, forcing you to awkwardly and carefully scrape hot gunk toward your junk. No thanks.

Tue May 31 , 2022
The last time audiences saw the Byers family on Netflix’s “Stranger Things,” they were leaving town. After a lengthy hiatus, the highly anticipated fourth season returns to Netflix on May 27. This time, the family has been relocated for their safety to Southern California, where they moved from fictional Hawkins, Ind. […] 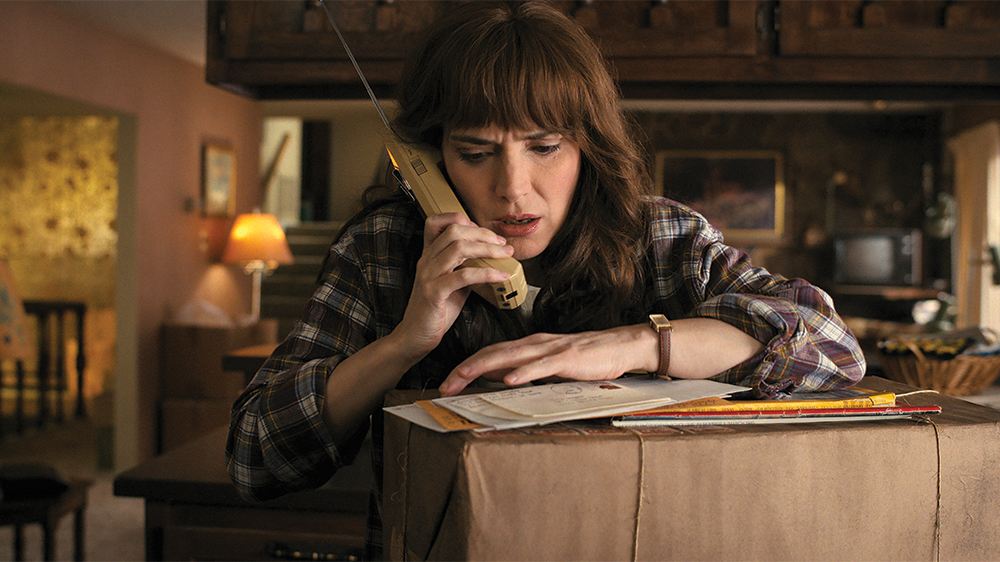