A high-design piece of modern architecture known as “The Crescent House” has come on the market in Encinitas, California, for $23.5 million.

The design of the four-bedroom home by noted architect Wallace E. Cunningham centers around a circular terrace as well as a crescent-shaped infinity pool, and was inspired by the shape of the crescent moon as well as the property’s expansive ocean views, according to marketing materials from listing agency Compass.

More: A Big Sur Mansion Shaped Like an Airplane Wing Lands on the Market for $35 Million

The home’s modern and minimal interiors make extensive use of glass, steel and concrete, with extensive floor-to-ceiling windows and sliding doors throughout much of The Crescent House’s indoor living spaces. The property was also featured on a season three episode of HBO’s “Westworld.”

“This house happens to be upside down with all of the principal rooms located on the top level,” Mr. Cunningham said in an emailed statement. “The intention was to create a path to the top without realizing you’re actually ascending.”

The home includes multiple outdoor decks on different levels of the home, according to listing photos, all with sweeping ocean views.

“Each path [through the home] is designed to shield you from the street and neighboring properties and to open up dramatic views under and through the building,” Mr. Cunningham continued. “The lower ramp creates a wall protecting the garden, terrace, and swimming pool. The upper ramp leads you into a walk-in space arriving at the living area. From there, you can look all the way through the house to the ocean.”

The home, which came on the market on Monday, is being sold by owners Eileen Quinn and Lance Williams, who purchased the home for $11.1 million in 2016, according to property records.

“Most homes have one or two great views,” Ms. Quinn said in an emailed statement. “The way [Mr. Cunningham] shaped this house, your view expands like an outward triangle. You can have views all day long, 24 hours a day.”

The result of a three-year construction project that was completed in 2003, the home was built for Bud Fischer, a prominent developer in the area, and sits on 0.43 acres with approximately 74 feet of ocean frontage, according to the listing.

More: After Years on and off the Market, Philadelphia’s Unusual Latimer House Sells for $3.95 Million

“This property is like a museum. It is art,” listing agents Kelly Howard and Lisa Waltman said in a joint statement. “The land value alone is tremendous in itself, then you layer on how unique the home is with its artistry and architecture…With today’s building restrictions between the city and coastal commission, you would not be able to build this house on that site today—it just cannot be duplicated.”

In addition to the extensive living and entertaining areas, a primary suite as well as two en-suite bedrooms all feature panoramic views of the Pacific Ocean, including from both dual sinks in the primary suite’s bathroom. The home’s 6,329 square feet of interior living space also include guest quarters with another en-suite bedroom as well as additional rooms that the listing notes could be repurposed as a gym or office.

Tue Apr 26 , 2022
When you buy through our links, Insider may earn an affiliate commission. Learn more. The 2021 iPad Mini is a powerful, compact tablet that’s less cumbersome than larger iPads. It’s easier to carry around due to its small size, and its screen is still larger than any phone I know […] 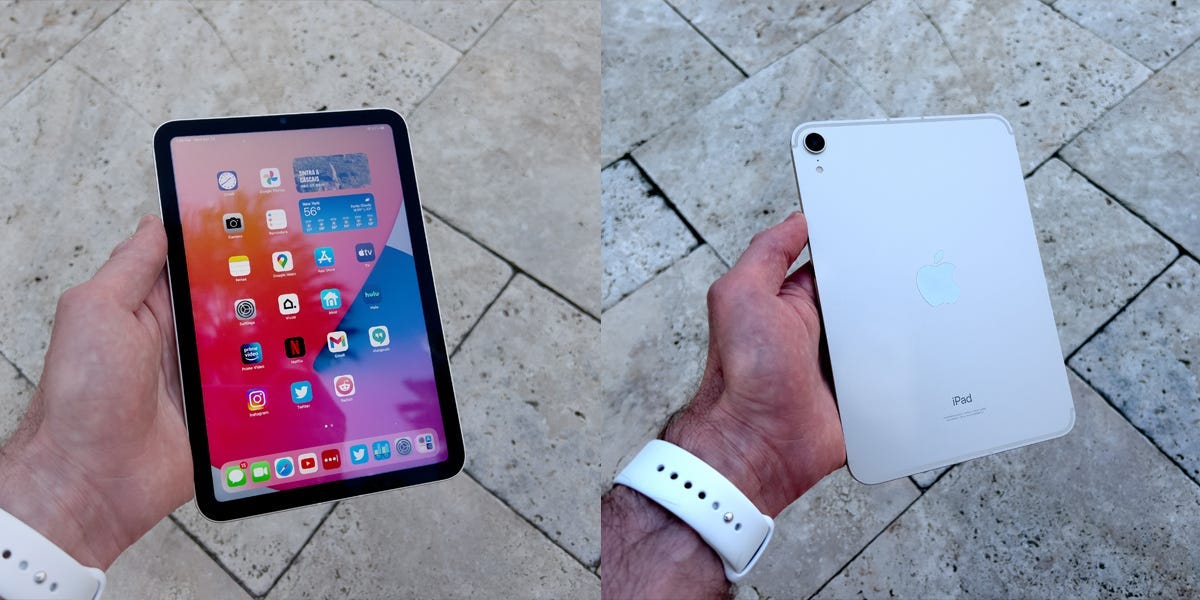