For many people a chair is just a chair, but for Argentine architect Martin Huberman, one particular type of chair is a vital part of his country’s artistic contribution to the world, and he wants people to have a close encounter with his creation at the Coachella Valley Arts and Music Festival.

Using hundreds of replicas of the ubiquitous butterfly chair, Huberman and his architecture firm Estudio Normal created a five-story-tall cocoon out of the frames of the chairs that will offer much needed shade in the daytime and a butterfly-inspired light display at night.

“For Coachella we are trying to bring back the myth of the chair. Everyone knows it as the butterfly chair, so our piece in Coachella is called the ‘Cocoon,’ since that is where butterflies come from,” said Huberman during a Zoom interview a few weeks before he makes his debut as one of the large-scale installation artists at the festival.

His piece is titled “BKF + H 300.” The BKF stands for the iconic BKF chair, which was invented in 1938 by three Argentinian architects and has since been mass produced worldwide.

If you don’t think you know what a butterfly chair is, chances are you’ve sat in one anyway. It’s the usually foldable sling chair with a canvas suspended from its four poles that you see people sitting on at beaches, parks and kids’ sports tournaments.

However, for Argentinians like Huberman, it’s much more than a comfy seat at the beach, because at one point the chair was high art.

“They designed the chair for a design fair in Buenos Aires and the chair got very quickly worldwide renowned,” Huberman said of the original chair, which became a popular part of modern design style, particularly in the Coachella Valley’s midcentury modern homes.

Sign up for our Festival Pass newsletter. Whether you are a Coachella lifer or prefer to watch from afar, get weekly dispatches during the Southern California music festival season. Subscribe here.

So to pay homage to his country’s contribution to modern design, Huberman used 300 butterfly chair frames to create a 30-foot-high cocoon-like structure with the white frames covered in a window-shade style white textile material which offers shade to those who walk underneath the structure during the day, while at night it will feature light displays in all shades of colors.

“At night time we can start playing with these ideas of colors,” he said. “We started doing research on native butterflies in both Buenos Aires and California, so all the coloring at night would be based on butterflies that we found in these two regions,” Huberman said.

“We want to claim back a narrative of a chair that was part of our culture and bring it back to the place where it became very, very popular, which was California,” he said.

And if people don’t get the historical connections, that’s OK, because Huberman is also fine with evoking feelings that go back to another historic moment in world history, albeit this is a fictional one.

“Remember that feeling in ‘Close Encounters of the Third Kind?’ When they are all standing around this huge spaceship in awe thinking ‘what’s going on here?’, that’s the feeling we really want to create, a connection between space and individuals,” he said.

Coachella 2022: These butterfly chairs are providing shade, a light show and a history lesson

Sun Apr 17 , 2022
Don’t call it a fire sale. A four-bedroom, four-bathroom Windy City home that survived the Great Chicago Fire of 1871 — specifically, one of just three houses in the North Side that dodged the wrath of the days-long conflagration — has listed for $2.39 million, its listing brokerage told The […] 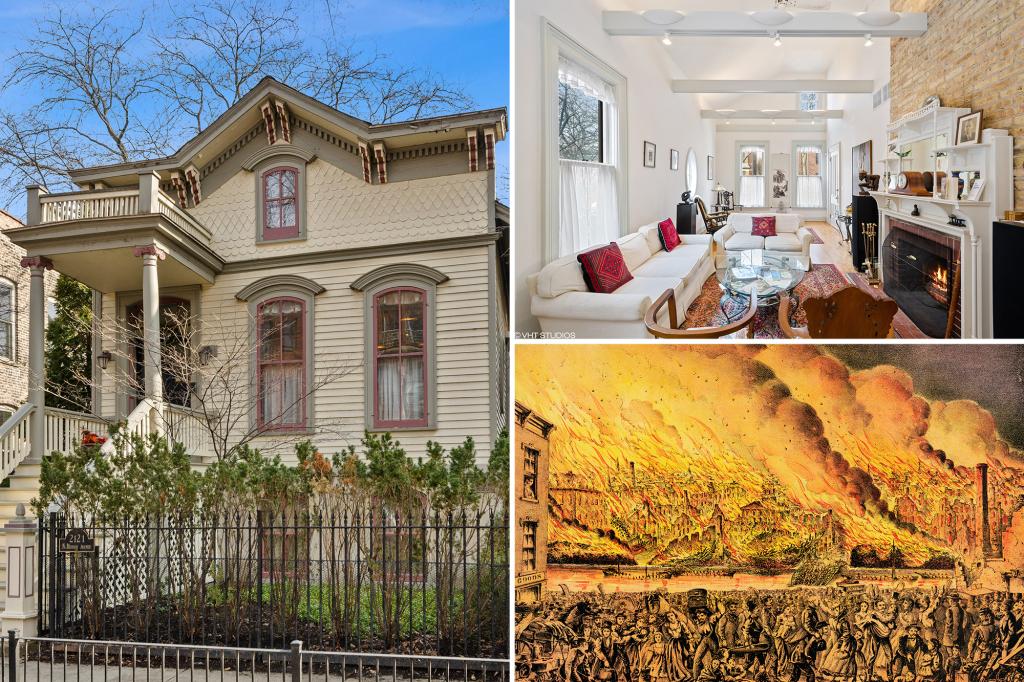